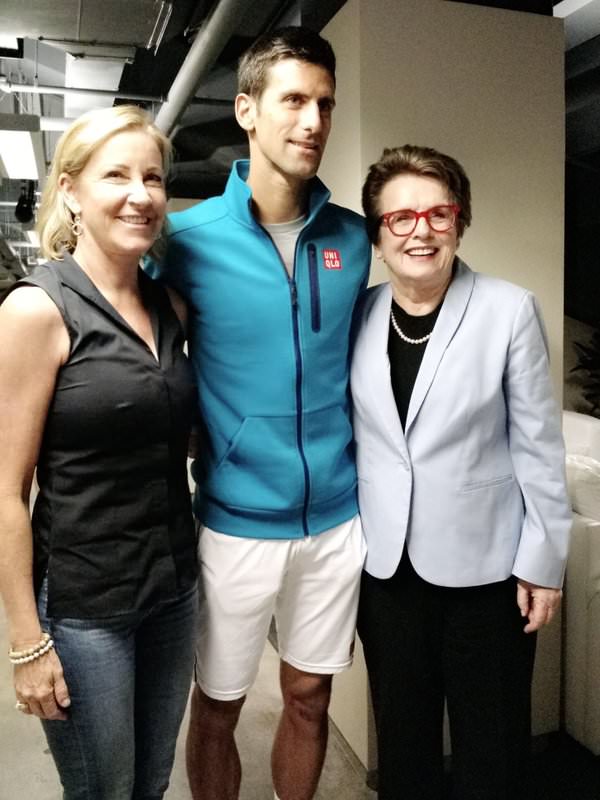 It has been an amazing week of individuals from the men’s tour putting their foots in their mouths, then working to extract said foot in front of the media and fans. First (now former) Indian Wells Tournament Director and CEO Raymond Moore, at a media gathering no less, said women should get down on their knees and thank Roger Federer and Rafael Nadal for advancing all of tennis. “In my next life when I come back I want to be someone in the WTA, because they ride on the coattails of the men,” Moore said. “They don’t make any decisions and they are lucky.” He apologized, and was then fired. Then Novak Djokovic, fresh off his Indian Wells victory, went on an odd ramble in front of the media about women’s “hormones and different stuff — we don’t need to go into details. Ladies know what I’m talking about,” and how he respected their achievements despite these challenges. And, that they don’t necessarily deserve equal prize money. Then the next day he apologized, then he met with Chris Evert and Billie Jean King to clarify, then he went on the Ellen Degeneres Show to clarify further. “I want to apologize to anyone who has taken this the wrong way,” Djokovic wrote on Facebook. Now in Miami, fans are probably hoping players let their racquets do the talking for a while. 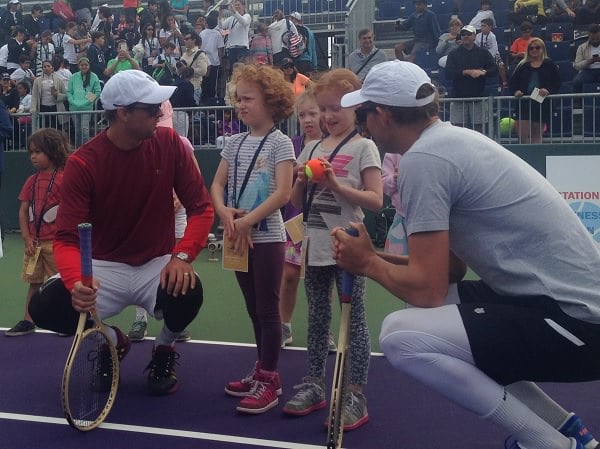 In addition to the numerous records they have set over the years, the Bryan brothers, Bob and Mike, have one record closer to the heart of growing the game — appearing at more Kids Day events than probably anyone. “We’ve done hundreds of them, we probably average 10 to 15 of them a year,” Bob said at the USTA Florida Kids Day at the Miami Open. “They’re fun — our dad used to run these events when he was on the tour, some as big as 2,500 people.” Mike added, “Today was a great turn-out. We’re hoping to inspire some kids to pick up a racquet.” Sloane Stephens was also on hand, bringing along kids from her foundation program in Florida. Univision, Telemundo and other networks and newspaper outlets covered the event theme Tenis para Todos (Tennis for Everyone), celebrating diversity. After the event on the Grandstand Court, kids and families played together on an Interactive Court next to the USTA Florida booth on the Miami Open grounds. 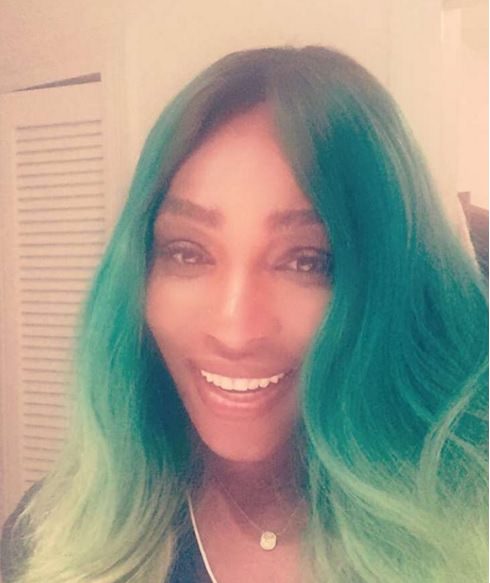 Serena Williams wrote a piece in the New York Times on why she’d like to see the Miami Open stay in Miami…Chris Evert, at the press conference with Billie Jean King at the Miami Open addressing recent sexist comments regarding women’s tennis and equal prize money, said “I think a lot of the comments are cultural, too,” she elaborated. “I doubt you hear that as much from the American men’s tennis players and I’m sort of applauding the Americans for that. I think the Europeans, sorry, later on took a cue from the Americans and I think Americans accepted equality on a lot of different levels earlier than Europe did.”…USTA President Katrina Adams says her secret to staying fit is portion control in a Q&A with the A Healthier America website…Dutch player Robin Haase may have lost his coach, who was arrested this week in connection with a murder…Novak Djokovic’s win at Indian Wells was his 27th career Masters-level title, tying the record held by Rafael Nadal.

Americans at the Miami Open

The Miami Open kicked off with the women on Wednesday and the men on Thursday this week. Here is a look at American first-round match-ups and results: 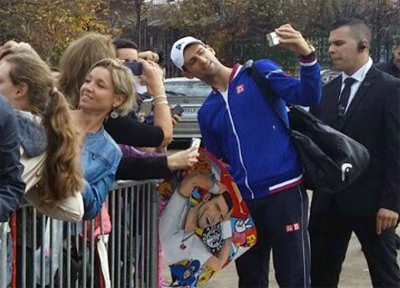 “My thing is I don’t understand any man’s [negative] comments in general towards women, because as simple as that, every single person on earth was brought and was born by a woman, right? Right? I think that’s a good comment and I think people should remember that sometimes.”
— Victoria Azarenka on sexism on the pro tennis tour

“I would pray most of the players have daughters because it will change them. When you are the dominant group, others are very invisible to you.”
— Billie Jean King