MARIA SHARAPOVA IS BACK, MAKING HEADLINES

Maria Sharapova’s polarizing return to the WTA tour this week has women’s tennis in the daily headlines, and the ITF debating how to treat the former No. 1 in terms of Grand Slam wild cards.

After serving more than a year off the tour for a doping suspension, Sharapova returned this week at the WTA event in Stuttgart, where today she is competing in the quarterfinals (spoiler alert). Days before her return, Sharapova’s agent Max Eisenbud let loose on players who had been criticizing her wild card-laden return and a potential French Open wild card, telling journalist Ben Rothenberg, “All these ‘journeywoman’ players like [Agnieszka] Radwanska and [Caroline] Wozniacki who have never won a slam and the next generation passing them. They are smart to [try and] keep Maria out of [the French Open]. NO Serena, NO Maria, NO Vika [Azarenka], NO Petra [Kvitova], it’s their last chance to win a slam.”

The French Tennis Federation says it will make Sharapova wait until mid-May to learn if she she will receive a wild card. Some reports say she may only receive a wild card into the qualifying, which Sharapova says would be good enough. Regardless she is mowing through the competition this week in Stuttgart, if you’re able to see it, and whether she’s in the main draw or not, it seems the Russian will be a favorite in a few weeks time at Roland Garros. 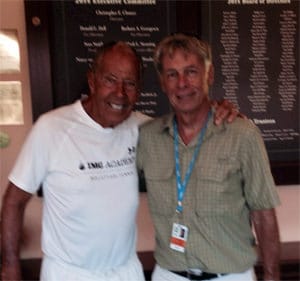 Legendary Florida tennis writer Mic Huber turned a security guard job at a newspaper into an almost life-long affair with tennis. The long-time tennis columnist for the Sarasota Herald-Tribune retired this month after more than 40 years of covering tennis in Southwest Florida.

He was witness to the rise of the Nick Bollettieri Tennis Academy in Bradenton and the careers of Andre Agassi, Monica Seles, Anna Kournikova, Maria Sharapova and countless others who emerged from the area. He parlayed a summer security guard job at the Sarasota Herald-Tribune into a writing gig on tennis, a sport he knew little about at the time, but he was taken under the wing of Bollettieri and other tennis movers and shakers in the region. “When I was given the tennis beat in 1978, I decided I’d better find out more about tennis,” he told Play Sarasota magazine. “I started taking lessons and writing columns about rackets and equipment,” he laughed.

For one column he played against an 11-year-old Kournikova and lost. He received hand-written Christmas cards from a teenage Seles. And he rode the tennis boom of the 1970s and ’80s, when the newspaper held an annual tournament that saw more than 1,200 participants. Huber, now a five-match-a-week player, retired as the tennis columnist and assistant sports editor at the paper, which will be hard pressed to find (or like Huber, create) such a friend of tennis on Florida’s southwest coast. 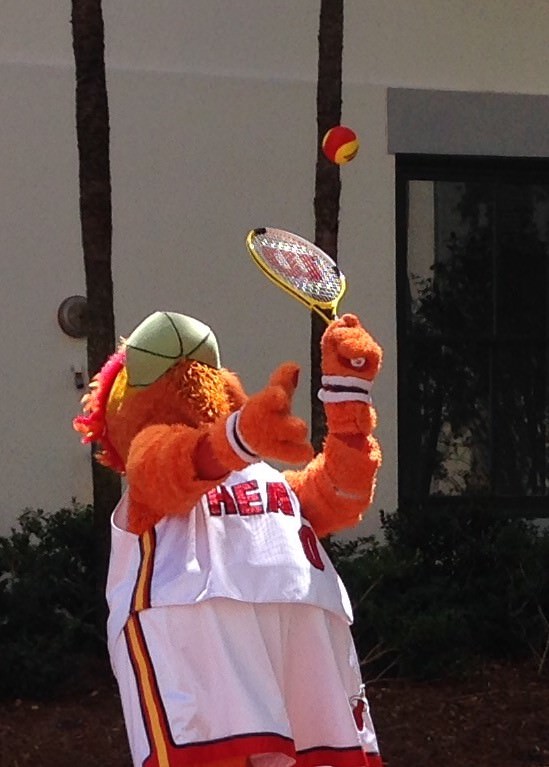 Tennis was front and center at Florida Sports Day at the Capitol Courtyard in Tallahassee, where even the pro mascots got into the tennis action…Here’s how Serena Williams accidentally posted a pregnant photo of herself to social media…Last week Rafael Nadal became the first player in the Open Era to win 10 titles at a tournament after raising the trophy in Monte Carlo. This week he can duplicate the feat at Barcelona where he has won nine times…Here’s a great read to catch up on Victoria Azarenka, her comeback, and her many major life changes over the past year…70-year-old Ilie Nastase’s implosion at the Romanian Fed Cup tie, where he was coaching the team, has left him banned by the ITF from future Fed Cup meets. Nastase’s antics brought back memories of ugly incidents for Pam Shriver from her early years on tour and run-ins with Nastase. And then Serena unloaded on Nastase, while a number of critics are calling for a lifetime ban from the sport…Angelique Kerber’s early loss at Stuttgart means Serena Williams, who hasn’t played since January, will stay No. 1 next week on the WTA rankings. 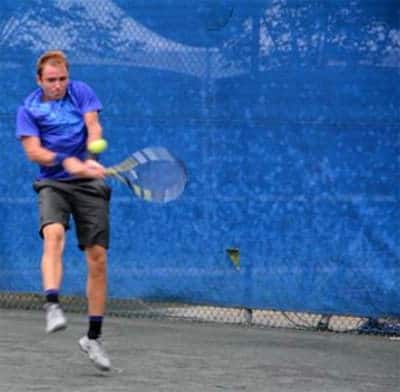 CoCo Vandeweghe and qualifier Bjorn Fratengelo were the last Americans standing this week in events at Stuttgart and Istanbul (WTA), and Barcelona and Budapest (ATP) as of Thursday.

Yesterday the unseeded Vandeweghe came up just short in her attempt to upend No. 2 seed Karolina Pliskova, falling 7-6(2), 6-4 at the Porsche Tennis Grand Prix in Germany.

Fratangelo, who qualified at the Gazprom Hungarian Open in Budapest, saw his run end in the second round at the hands of Slovak Martin Klizan 6-3, 6-2. Fratangelo is a former French Open juniors champion. 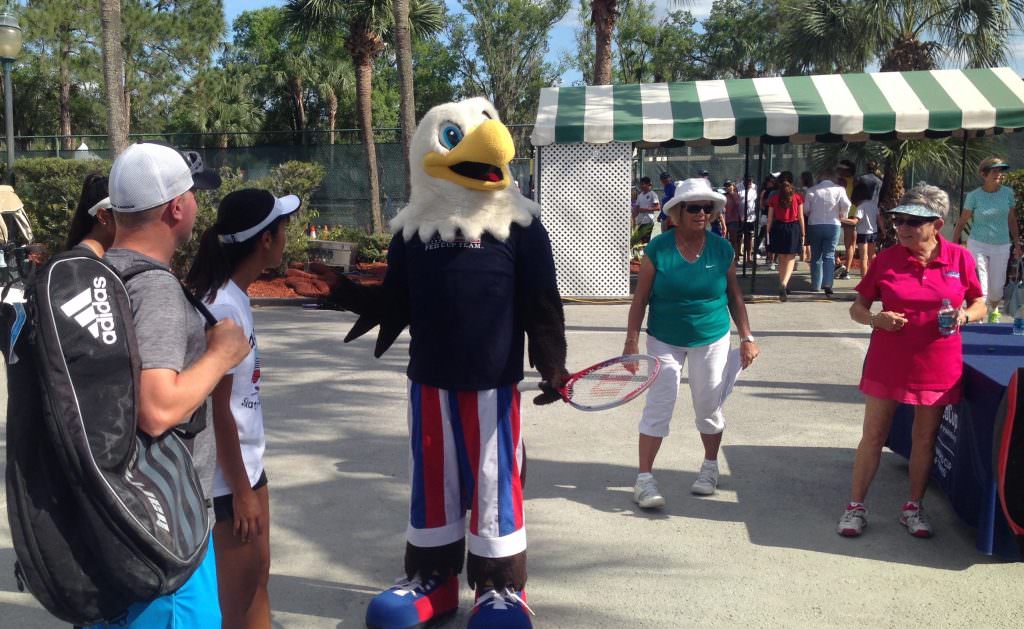 “I’ve never seen an atmosphere like this at a tennis event. It was such great fun.”
— Tennis fan Stephanie Maddox of Tampa at the U.S. Fed Cup semifinals at Saddlebrook, speaking to TampaBaySports.org

“I don’t need this bulls***. I’m 70 years old. I don’t even get paid for being team captain.”
— Romanian Fed Cup Captain Ilie Nastase after racist, sexist, and a multitude of other inappropriate comments during the Fed Cup tie with Great Britain, speaking to the Daily Mirror

“It’s been a great run. Tennis has been a real labor of love for me. I’ve never really considered it a job, either the playing or the coaching, because it’s something I’ve loved since I hit my very first ball at 5 years old with my brother Tim on the public courts of La Crosse, Wisc.”
— USTA Lead National Coach Tom Gullikson announcing his retirement from full-time coaching