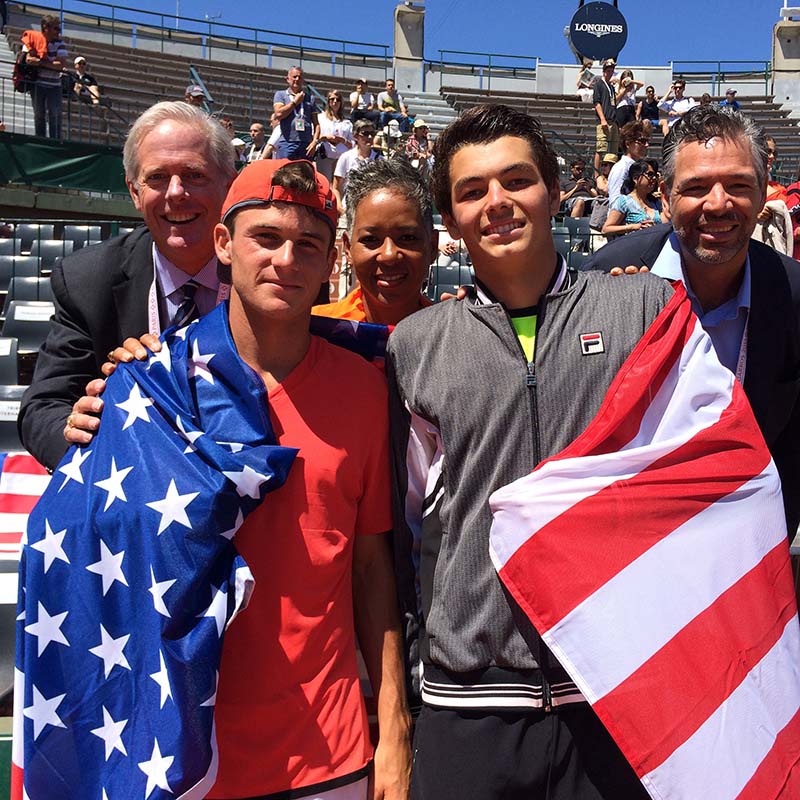 Are the U.S. boys the new Kings of Clay? Maybe that’s jumping the gun, but the first-ever all-American boys’ final at the French Open certainly made people take notice. It’s been 12 years since an American won a men’s Grand Slam title (can you name the player and tournament?), but Tommy Paul became the latest American boy to win a Slam title when he defeated fellow American Taylor Fritz in the Roland Garros boys’ final roughly a week ago. The 18-year-old Paul of Lumberton, N.J., became the sixth American to win the French Open boys’ championship, joining Bjorn Fratangelo (2011), John McEnroe (1977), Cliff Richey (1964), Butch Buchholz (1958) and Ham Richardson (1951). Who is the most recent player to win the boys’ title then to go on and win the men’s? This year’s champ Stan Wawrinka. Three of the four boys’ semifinalists were also American with the addition of Bradenton’s Michael Mmoh, and Palm Coast’s Reilly Opelka made the quarterfinals for an overall strong Florida showing. Not to be overlooked at Roland Garros was the effort of Florida-raised Bethanie Mattek-Sands, who won both the women’s doubles and mixed doubles titles. 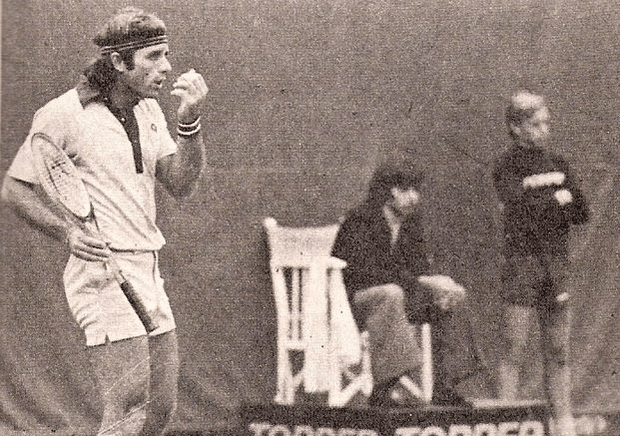 In 1977 Argentina’s Guillermo Vilas won the French Open, the US Open, and 14 other tournaments — and never rose above the No. 2 ranking. He finished behind No. 1 Jimmy Connors, who won eight tournaments that year, including the year-end Masters tournament, but no Slams. How could this be? That’s the question raised by Argentine journalist Eduardo Puppo, who is trying to get the ATP to recognize Vilas as reaching the top spot. Puppo says Vilas should have been ranked No. 1 ahead of Connors for five weeks in 1975, and for the first two weeks of 1976 — but the ATP released rankings sporadically back in the ’70s, the early days of computing, sometimes as little as once a month, and Vilas was never No. 1 when the rankings were released. Others are also arguing for Vilas to be recognized as a No. 1. So far the ATP is not budging. 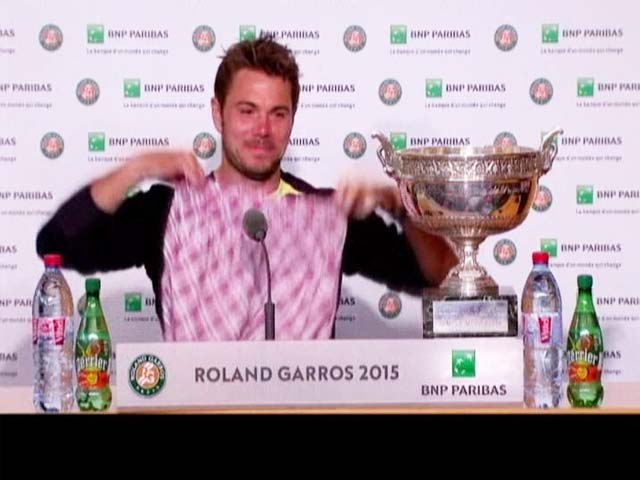 Stan Wawrinka confirming they were shorts and not boxers

The new US Open roof won’t be complete until 2016, but on Wednesday the final piece of steel was placed for the superstructure, 5,000 tons of steel later…Shene Disbergen won the Girls’ 18s as an unseeded player among the surprises at the toughest USTA Section tournament in the nation, the 2015 USTA Florida “Bobby Curtis” Junior State Championships…In more breaking news this week, three golden retrievers fought over a tennis ball…Stan Wawrinka’s boxers-looking tennis shorts took center stage at his post-match press conference after the French Open final…TENNIS magazine’s Nina Pantic walks a fine line in discussing the trials of Swiss Roland Garros semifinalist Timea Bacsinszky’s troubles with her father and almost leaving tennis: “Yet all of these players have had stellar careers despite their struggles — in part, of course, because of the influences of their pushy parents. Bacsinszky’s father was the driving force behind her game from a very young age. He went way too far, but she may not be where she is right now without some kind of motivation.”…Boris Becker, who has said in the past that Germans don’t respect his privacy, is living in Wimbledon and says he will eventually become a British citizen.


American Women Into the Weekend on Grass Courts

Sachia Vickery, the 20-year-old from Miramar, Fla., last weekend qualified to the main draw at the Aegon Open in Nottingham, England. On Thursday she saved six match points in upsetting No. 2 seed Zarina Diyas 4-6, 7-6(5), 6-1. The No. 129-ranked Vickery in the Friday quarterfinals will meet unseeded Croat teenager Ana Konjuh.

Also in the Nottingham quarters will be American Lauren Davis against No. 1 seed Aggie Radwanska, and American No. 5 seed Alison Riske facing Belgian Yanina Wickmayer who is battling food poisoning this week.

No. 3-seeded CoCo Vandeweghe is the lone remaining American at the Topshelf Open in the Netherlands. On Friday she will face Dutchwoman Kiki Bertens, who on Thursday upset No. 6 seed Anastasia Pavlyuchenkova. 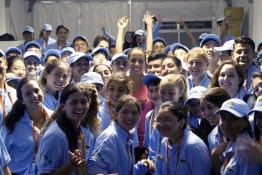 “That’s probably the most difficult thing to do in tennis. But it’s possible.”
— Serena Williams’ coach Patrick Mouratoglou on the possibility of the world No. 1 winning all four Grand Slam events in 2015, speaking to the Associated Press

“I was getting, at like 18, ‘Why haven’t you won a Grand Slam yet?’ Oh, I know, I should quit now! I can’t get any better!”
— A mocking Madison Keys speaking to the Wall Street Journal on managing people’s expectations of her tennis success

“Coaching Madison [Keys] is probably different than coaching a lot of other players…she’s very accepting of my kids. Quite honestly, it’s a zoo with four kids between the ages of 1 and 8. She gets that. She comes from a big family.”
— Former No. 1 Lindsay Davenport on her first foray into coaching and balancing family life, speaking to the Hartford Courant