Friday Tennis Blog: Go Through US Open Gates Like a Boss; Fish Brings Roddick in Comeback

SPEED THROUGH THE US OPEN LINES, GET SWAG 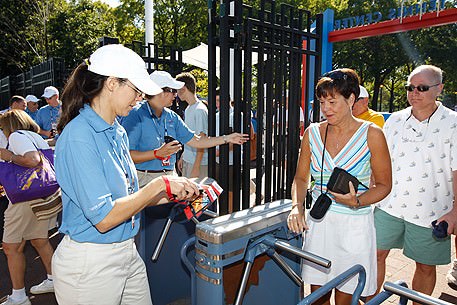 USTA members will receive a few extra perks this year at the US Open where the traditional USTA Membership Appreciation Day will turn into USTA Member Appreciation Weekend from Friday, Sept. 4 to Sunday, Sept. 6. “We’ve created what should be an even more special and unique member experience through a series of daily benefits and member-exclusive access opportunities not available to the general public,” says USTA National President Katrina Adams. During that weekend USTA members can access “Speed Entry Lines” during evening sessions for quick entry into the grounds upon showing a USTA Member ID or electronic version on their mobile device. USTA members can also stop by the USTA Membership Booth for a free gift and complimentary daily draw sheets. Get your swag on. 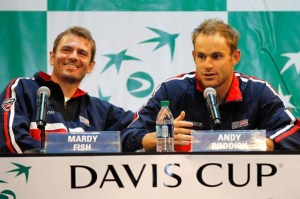 Mardy Fish and Andy Roddick during their Davis Cup days

Mardy Fish is making a comeback on the ATP World Tour this summer, and bringing Andy Roddick with him. Well, not exactly, but Roddick will come out of retirement for one event to play doubles with Fish at the BB&T Atlanta Open in July. Roddick will also play a singles exhibition against rising American Francis Tiafoe. “We’ve been friends for a long time,” Roddick said of Fish. “We kind of just wanted to play together one last time. I wanted to play with my friend and kind of share in his comeback a little bit…I hope I don’t embarrass myself out there. I’m real excited. I wasn’t a very good doubles player when I was actually good at tennis. Mardy is going to have to do the heavy lifting…I plan on losing five pounds by the Atlanta tournament, then gaining 10 pounds back right away.” Roddick wanted to also play the US Open with Fish, but is expecting his first child this fall with wife Brooklyn Decker. 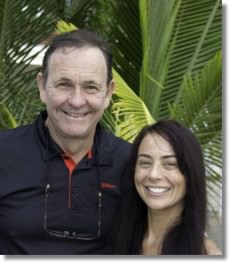 Support Florida resident DiAnna Drysdale, wife of ESPN commentator Cliff Drysdale, as she participates in the Challenged Athletes Foundation’s Million Dollar Challenge, a 620-mile odyssey to raise money for those with physical challenges. “I have been an avid fitness enthusiast my entire life, from road running, cycling and triathlons to pilates and yoga, and of course, tennis!” she says. “My goal is to personally raise at least $12,500. This opportunity to help children, adults, and especially our military personnel, veterans and first responders with physical challenges in need of prosthetics, training and therapy is inspiring and life changing for all of us.” Click here to see her donation page…USTA staff will celebrate LGBT Pride Month by marching the in New York City and San Francisco pride parades…Former US Open champ Juan Martin del Potro is looking at a third wrist surgery over the last two years…Andy Roddick will be doing television commentary for the BBC during Wimbledon…Hleb Maslau will get three shots at qualifying for the 2015 US Open as the former University of North Florida star won the men’s singles, men’s doubles and mixed doubles events at the US Open Playoffs-New England event…How long-time Florida resident Maria Sharapova became the world’s wealthiest woman athlete…A new WTA ace record was set this week by German Sabine Lisicki…Billie Jean King says tennis was secondary to making change, particularly addressing gender inequity: “Nobody invests in us like they do in the men. It’s because the old-boy network still invests in themselves.” 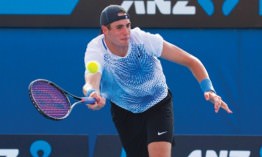 Unseeded American John Isner upset No. 8 seed Feliciano Lopez 7-6(5), 6-7(9), 7-6(4) on Thursday at the Aegon Championships at the Queen’s Club in London to reach the quarterfinals, where on Friday he will face unseeded Viktor Troicki, an upset winner over No. 4 Marin Cilic.

“I guess people say I’m dramatic but I would like to see them play with the flu against a player who was having an amazing year and playing really well. I think it was courageous. I could have, and most people would have, pulled out before that semifinal or the final.”
— Serena Williams on winning the French Open while suffering from illness, speaking to tennis writer Doug Robson 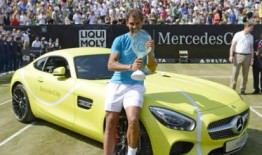 Rafa and his embarrassing yellow Mercedes

“It’s not a Kia, but it’s still good…[I could drive it home] without the cameras around, perhaps yes…I don’t know if I can change the color, because the color is a little bit too much for me.”
— Rafael Nadal, long sponsored by Kia, put in the uncomfortable position of winning a bright yellow V8 Mercedes upon capturing the Mercedes Cup grass court title last Sunday

“I have worked with some of the young USTA guys. They’ve sent guys in for three or four days. I’ve always been available for those guys. I’m just glad that I’m getting taken up on it. I think you don’t go through a career in U.S. tennis and not want to pay it forward and see the success of the next generation. I’m happy to be involved in that in some way if I can going forward.”
— Andy Roddick