FEDERER (TOO?) OPTIMISTIC AFTER KNEE SURGERY

Roger Federer dropped a bombshell this week that he injured his knee the day after his semifinal with Novak Djokovic at the Australian Open (walking in the park with his daughters), and has undergone arthroscopic knee surgery to repair a torn meniscus. “I apologize to my friends in Rotterdam and Dubai, as I was very much looking forward to playing those events,” Federer said in a statement. “While this is an unfortunate setback, I am encouraged and grateful that my doctor said the procedure was a success. I am looking forward to attacking the rehabilitation process this afternoon with my team and working hard to get back out on tour as soon as possible.” Federer did not announce he will be missing Indian Wells in early March — just over a month from his surgery date. Federer throughout his career has been seen as the mastermind of scheduling and taking care of himself, but at 34 years of age, one month coming off knee surgery and returning to top-level competition may be pushing it. Unless it is the lightest of meniscus surgeries, it has taken other tour players anywhere from 2-4 months to return from the tour. But fingers crossed for Federer, who has spent the last few years proving people wrong.

I want to inform you that yesterday I underwent arthroscopic surgery on my knee. I injured my knee the day after the…

Florida’s Venus Williams, fellow veteran Bethanie Mattek-Sands and youngsters Sloane Stephens and CoCo Vandeweghe have been roughing it in Hawaii this week in preparation for this weekend’s Fed Cup meeting with Poland. Hosting kids’ clinics this week, the former No. 1 Venus, on the tail end of her career, was brought back to when she as a kid attended similar events. “I did a clinic like this when I was these little people’s age with Billie Jean King,” she said. “I remember I wanted to impress her and it was an amazing experience. Tennis has given me so much, and I hope it is able to give the same thing to them in their lives. It doesn’t mean they will have to play professionally, but it is more about the lessons they take away from it.” The draw for the weekend will be revealed today, with play on Saturday and Sunday. The winner of the match advances to the World Group Playoffs, held April 16-17, with a spot in the 2017 World Group on the line. 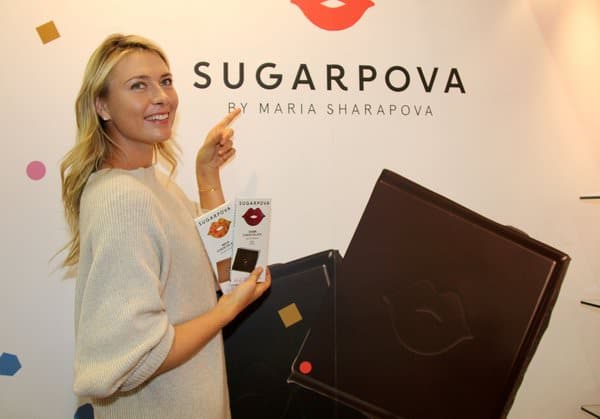 Maria Sharapova has chocolates…Actress Emma Stone will play Billie Jean King and Steve Carrell will play Bobby Riggs in “Battle of the Sexes” which starts shooting in April…Rafael Nadal has taken a wild card into Buenos Aires on clay to try and jump-start his season and win a first title…Can married couples play mixed together without killing each other? Apparently yes…The Bonita Bay Tennis Center is an award winner…Former British No. 1 Tim Henman says ‘C’mon guys, don’t be afraid to serve and volley.’…There is apparently a job opening for director of the French Open after a rift at the French Tennis Federation…Props to Lynn Bottger, tennis director at the Hyatt Grand Cypress Resort in Orlando, who donated used nets to a Tampa high school that had some long-unused courts without nets…Props to Simona Halep who is putting off some needed nasal surgery to try and see Romania through to the next round of Fed Cup this weekend.

Ram Last American Downed in Ecuador; Tennis Returns to the U.S. Next Week at Memphis

Unseeded American Rajeev Ram was edged 6-7(5), 6-3, 7-5 by No. 7 seed Albert Ramos-Vinolas on Thursday at the Ecuador Quito Open, the last American player that was standing among three ATP events at Quito (Ecuador), Montpellier (France) and Sofia (Bulgaria).

Next week the tour will return to the U.S. in Memphis, along with ATP events in Rotterdam and Buenos Aires, where Rafael Nadal will make an appearance.

The WTA tour will make stops at the St. Petersburg (Russia) Ladies Trophy and at the Taiwan Open in Kaohsiung, Taiwan. 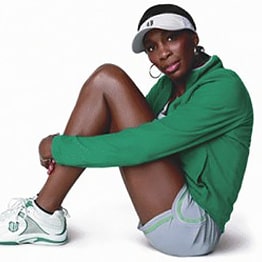 “What’s it like playing your sister? It’s, like, 20 years later. Haven’t you seen us play? What do you think?”
— Venus Williams on the question she most hates getting asked in press conferences

“You can get a big slap from karma very soon — I don’t want that.”
— Novak Djokovic on avoiding becoming complacent at No. 1 in the world

“Um, I feel like I’ve been here before.”
— Andy Murray on accepting the runner-up trophy at the Australian Open for the fifth time without a win