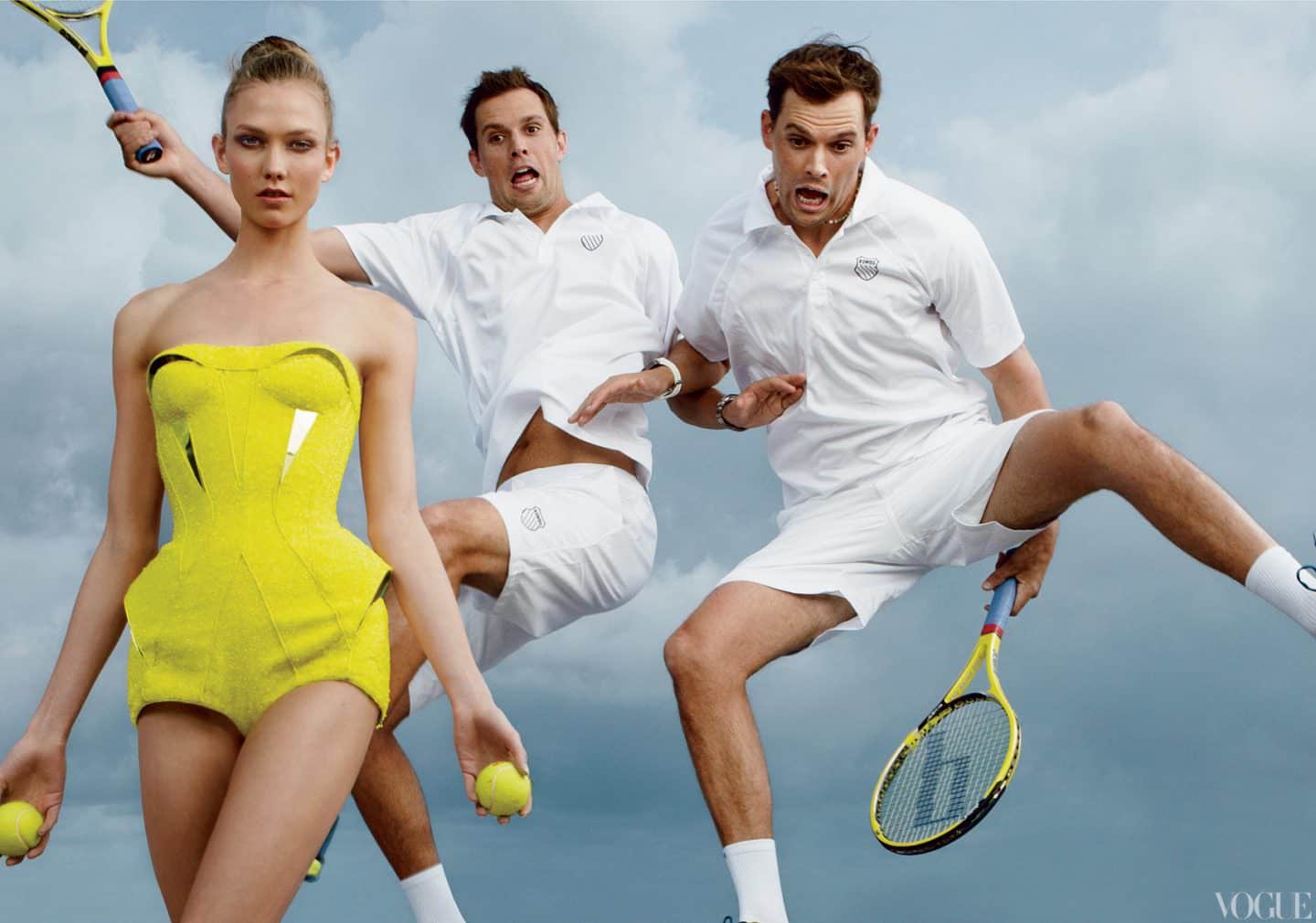 Now is the time to catch history’s greatest doubles team, the Bryan brothers, in action as the pair return in 2019 for what could be perhaps their final season on tour. But as they will tell you, there is no deadline on their career, and when they go out, it will be as a team.

Bob and Mike have committed to play the 2019 Delray Beach Open on Feb. 18-24, and will likely compete a month later at the Miami Open. Farewell tour? Not in the least. The now-40-year-old twins’ love for the game has them never putting a retirement date on their illustrious career, which includes 16 Grand Slam titles together in addition to an Olympic Gold Medal, and a Davis Cup title. Also add four titles at the year-ending ATP Finals, and 10 years as the season-ending No. 1-ranked team.

When Bob needed season-ending hip surgery this year it looked like a return might be too difficult at 40 years old, but the brothers said they will be back on court as a pair in January 2019. They recently revealed they had planned to announce their retirement at the 2017 Australian Open, then decided to hold off until the US Open last year. They then got over the hump of the unhappiness with their results, which had a lot to do with the break-up of Mike’s marriage as told to the New York Times. “I don’t want to put a final date on things as long as I still love waking up and going to practice,” Mike said. “The only thing I know is that when we go out, we go out together. We’re a package deal.” 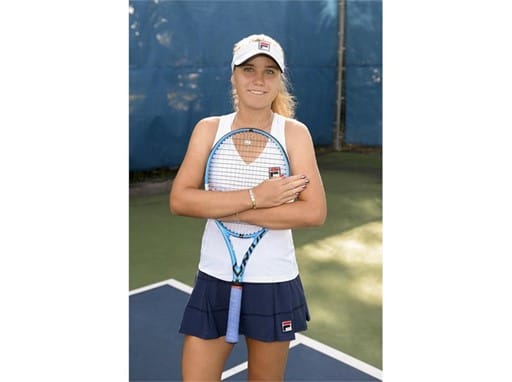 Sofia Kenin’s year ended with two three-set singles losses in the Fed Cup final for the U.S., which in no way tarnished her breakout 2018. The Pembroke Pines, Fla., native, who turned 20 years old earlier this month, began the year at No. 113 on the WTA rankings and in October reached a career-high No. 48.

She started the year at the WTA event in Auckland, New Zealand with a quarterfinal effort, and in March had her first breakout result at the Miami Open where she qualified then ousted No. 19 Daria Kasatkina before falling to No. 9 Petra Kvitova after winning the first set off the two-time Wimbledon champion. She then toppled world No. 6 Caroline Garcia en route to the WTA Mallorca semifinals, and at the WTA Wuhan, China event in September upset No. 10-ranked Julia Goerges to reach the third round.

In her Davis Cup debut against the Czech Republic she cemented her status as a fighter, falling to opponents Barbora Strycova 6-7(5), 6-1, 6-4 and Katerina Siniakova 7-5, 5-7, 7-5, both players with rankings half of the Floridian’s. “I’m really proud of myself,” said Kenin, who was born in Moscow, Russia, but moved to Florida at a young age. “Unfortunately I lost, but for my first Fed Cup debut, I was pretty nervous. But I was able to handle it, and once I stepped onto court, I knew this was gonna be completely different, and something you can experience very little. So I’m happy to have that experience.” That experience, in concert with a near-Top 50 ranking entering 2019 and becoming the new face of the resurgent FILA brand in the U.S., will likely make the Florida native a regular during your tennis-TV viewing next year. 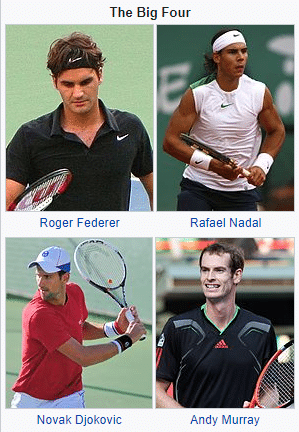 The saying goes, “Everything old is new again,” but on the men’s tour everything old remains old as seven of the Top 10 in the season-ending rankings are players over 30 years old…Current collegians or recent college graduates can apply for the USTA Player Development Fellowship in Professional Coaching…The next webinar in The Lab series powered by Net Generation will be “Fueling Tennis Performance” on Dec. 4 with Orlando Magic Team Dietitian Tara Collingwood…Millionaire venture capitalist and World TeamTennis Washington Kastles owner Mark Eins looks to be stepping in to keep the ATP’s Citi Open from moving out of Washington, D.C...You can own Bob Bryan’s “floating” condo on the water in Sunny Isles, Fla., for a bargain $2.4 million…From TENNIS magazine’s “Heroes” issue, revisit author Timothy Gallwey’s groundbreaking The Inner Game of Tennis and how the best-selling book came about…Legendary coach Nick  Bollettieri entertained, the Marjory Stoneman Douglas High School girls’ tennis team inspired, and volunteers across the state were honored during the 69th USTA Florida Annual Meeting & Tennis Celebration, held earlier this month at the Orlando Airport Marriott Lakeside. Bollettieri along with former USTA Florida volunteer President Bob Pfaender were inducted into the Florida Tennis Hall of Fame.  “I’d like to say this to begin with — I have a son in the 60s, a daughter in the 50s, a daughter in the 40s, a daughter in the 30s, a daughter in the 20s, a son in the teens, and a son in the 10-and-unders. That ain’t bad,” said Bollettieri, who entertained with stories of his life and the beginnings of his legendary tennis academy. “I would like to thank USTA Florida for all they have done. These are [volunteers] who have dedicated their lives, their work to tennis with no pay.” Click here to read more and see all the award winners. 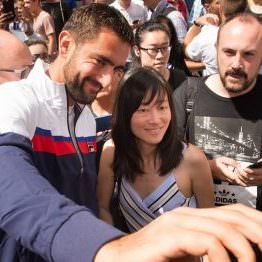 “It’s not every day that you become a world champion. For us, it’s a dream come true, for this nation, we are so passionate, you can see the fans.”
— Marin Cilic after clinching the Davis Cup final for Croatia over France

“The sport’s divided governance remains the biggest obstacle to [pro tennis] growth and a rational, sustainable schedule. Compromise should not be too much to ask. And if there are any doubts about the beauty of rapprochement, the bureaucrats should consider what happened shortly after the Davis Cup final ended. Despite the disappointment, the French team visited the Croatian locker room and offered congratulations, embraces and eventually toasts.”
— Tennis writer Christopher Clarey in the New York Times

“I don’t expect myself to just win one Grand Slam. Not to be cocky or anything but I feel like the more confidence I put in myself, the more I play better, so I try to tell myself that if I believe in myself then there’s a lot of good things that will happen.”
— 2018 US Open winner Naomi Osaka