THE OLD MEN AND THE SEA-US-WIN-ALL-THE-SLAMS 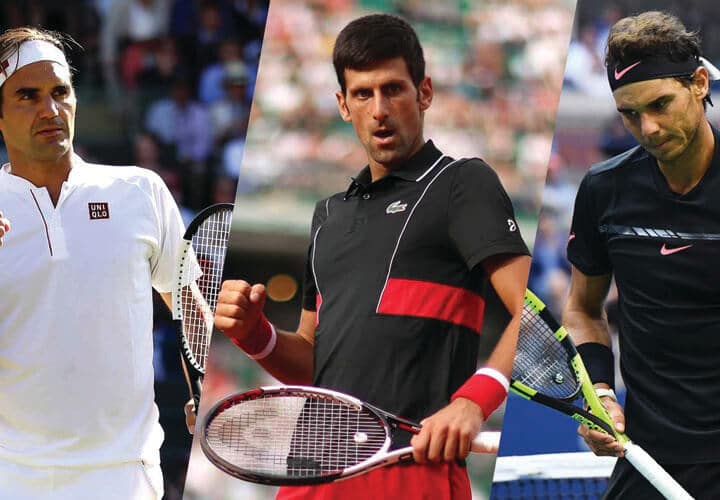 Thirty is the new 20 in men’s tennis. Actually it’s the new all-ages-below-30, because for the first time in history, players age 30 or over have won all the men’s Grand Slam titles held by currently-active players.

This year the four Slams were won in order by Roger Federer (37 years old), Rafael Nadal (32), and Novak Djokovic (31) capturing the Wimbledon and US Open titles.

Add to that the other active players that have won Slams: Stan Wawrinka (33), Andy Murray (31), Juan Martin del Potro (30), and Marin Cilic (30), and you have no active male player under age 30 that has won a Slam.

So much for the “Next Gen.” According to tennis writer Tom Perrotta, the male winners of the past nine major titles have all been at least 31, breaking a streak that saw every season from 1925-2016 with at least two Slam winners under 30. Is it the racquet technology, the string technology, or something else that has the oldsters refusing to go away? Is it Youth Juice? Regardless, it’s not a young person’s game anymore, as least until Roger, Rafa and crew retire at age 50.

TENNIS CHANNEL PICKS UP THE (TENNIS) BALL FROM BEIN SPORTS

Women’s tennis fans rejoiced this month when Tennis Channel announced it had acquired the U.S. rights to 46 overseas WTA tournaments for 2019. Women’s tennis had all but disappeared from Tennis Channel after the WTA tour made beIN Sports its flagship broadcaster, but the Qatar-based beIN, a spinoff of Al Jazeera Media Network, often chose soccer over tennis when the broadcast schedules conflicted.

“ESPN and Amazon both expressed a strong level of interest in the rights,” WTA CEO Steve Simonwrote in an email to the SportsBusiness Daily. “ESPN did submit a bid. Amazon did not.”

Amazon is growing a tennis portfolio after this year streaming the US Open in Great Britain for the first time. The new Tennis Channel deal came about after the WTA, the company Perform which owns WTA overseas rights, and Tennis Channel all came to the table to hash out re-sell rights for the U.S. market. It’s a big win for U.S. tennis fans and the ever-growing Tennis Channel, which is in almost three times the number of U.S. households as beIN Sports, which was recently removed from Comcast/Xfinity cable after a dispute. 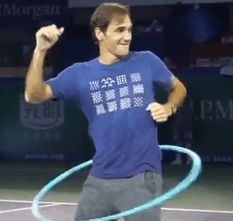 Roger Federer broke out the hula hoop for fans this week in Shanghai…Wimbledon is attempting to expand its footprint by purchasing the Wimbledon Park Golf Club, located across the street from the All England Club…Get tickets for the Dec. 6 Champions Challenge at the USTA National Campus, featuring Andy Roddick, James Blake, Jim Courierand Mardy Fish…The entry deadline is Oct. 28 for the Smash Cancer Florida event at the USTA National Campus on Nov. 3, where silent auctions items include 2019 US Open President’s Box tickets…Alachua, Brevard and Okaloosa counties defend championships from last year this weekend at the USTA Florida Mixed 18 & Over 6.0/8.0/10.0 League Sectional Championships as the race for the USTA Florida League Championship Cupgets into the final months…On Friday, Oct. 19 its Oktoberfest at the USTA National Campus, featuring tennis, German food, beer and music…After Fernando Verdasco’s viral video of the Spaniard’s aggressive actions toward a ball kid, the ATP will pilot players getting their own towelfrom a towel rack at the back of the court during the 21-and-under year-end Next Gen ATP Finals in Milan…Twelve American men are in the Top 100 on the ATP rankings, the most of any country.

Americans Exit, Federer-Djokovic Headed for Shanghai Title Battle in Race for No. 1 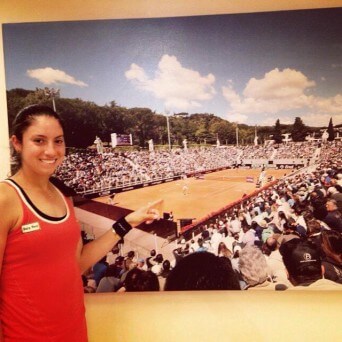 Sam Querrey and Christina McHale were the last Americans exiting ATP and WTA events respectively on Thursday at tournaments in Asia.

Querrey at the Rolex Shanghai Masters on Thursday lost to No. 8 seed Kei Nishikori 7-6(7), 6-4, missing out on what would have been a quarterfinal meeting with No. 1 seed Roger Federer. Querrey and fellow Americans hosted a number of upsets earlier in the tournament when Mackenzie McDonald ousted No. 14 seed Milos Raonic, qualifier Bradley Klahn topped Nick Kyrgios, and Querrey took down No. 9 Diego Schwartzman.

Novak Djokovic, the No. 2 seed in Shanghai, and Federer are two wins from a championship meeting. In the race for the year-end No. 1, both players can mathematically overtake the injured Rafael Nadal for the top spot.

Next week the ATP World Tour will travel to the VTB Kremlin Cup in Moscow, the European Open in Antwerp, Belgium, and the Intrum Stockholm Open in Sweden. The WTA tour will also be in Moscow at the joint event, in addition to the BGL BNP Paribas Luxumbourg Open. On the women’s side it is the final week of regular-season events prior to the WTA Finals in Singapore.

“The reason I made 2018 my final year was my view that eight years was the right amount of time for me to lead the team.”
— Jim Courier on stepping down as captain of the U.S. Davis Cup team, speaking to the Associated Press

“Most of the people who play qualifying lose and don’t ever make it inside of the gates of SW19, and we think that’s a shame, and we’re the only grand slam where that is the case. Bringing that event on-site would be fantastic.”
— All England Club Chairman Philip Brook on Wimbledon’s progressing attempt to buy a golf club neighboring the site to expand the Wimbledon grounds, speaking to Reuters

“We’re hoping to have a lot more clarity in the next two months. We’re doing the best we can to keep tennis in New Haven. We’ve had an amazing 21 year run. It’s not easy to keep this airplane in the air.”
— WTA Connecticut Open Tournament Director Anne Worcester on the long-standing tournament in New Haven needing a title sponsor for 2019 or closing up shop