Broward County swept both championships over the weekend at the 2018 USTA Florida Mixed 18 & Over 7.0/9.0 League Sectionals, edging both opponents 2-1 in the finals and re-asserting itself into the race for the USTA Florida League Championship Cup.

The championships were contested on Oct. 6-8 at the USTA National Campus in Orlando. Broward’s fifth Florida League Sectionals title of the season moves it into a second-place tie with Pinellas County, and only one title behind Duval and Hillsborough counties in first place with six titles (see standings below). The USTA Florida League Championship Cup is annually awarded to the county with the most league sectionals titles during the league sectionals championships season.

Both Broward championship teams were captained by Kevin Sims and are from the Dillon Tennis Center in Oakland Park, just north of Ft. Lauderdale. Multiple players were on both team rosters, giving the captain additional options as he juggled line-ups.

“It was a stressful weekend in a good way for me, taking two mixed doubles teams to sectionals,” Sims said. “But the end results were rewarding. I didn’t bring many players, I had to switch players in and out on both teams, so I know by the end of the tournament they were exhausted.

“All my players had an amazing time at sectionals. For many it was their first time at sectionals and for some their first time involved with USTA League. Some of my newer players were nervous and thought they were out of their league before they began to play. I had to build up their confidence and let them know the opponents were no better than they were. The weekend championship sweep was totally unexpected.”

The two Broward teams will next represent the USTA Florida Section at the USTA League Mixed 18 & Over National Championships on Nov. 9-11, 2018 at the Mobile Tennis Center in Mobile, Ala. 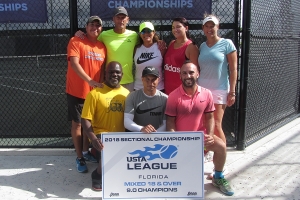 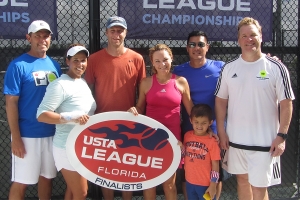 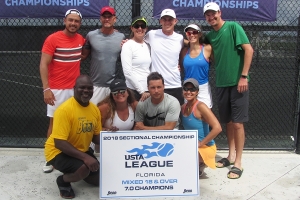 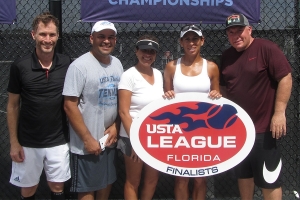 NTRP levels of Mixed 18 & Over team play were 7.0 and 9.0. For more information on NTRP levels go to www.usta.com/en/home/play/play-as-a-member/national/about-ntrp-ratings.html.

Broward swept both titles at the Mixed 18 & Over 7.0/9.0 league sectionals, vaulting them into a tie for second place. The USTA Florida League Championship Cup is awarded to the county with the most league sectionals titles during the 2018 season (standings through Oct. 9, recent winners in bold):