U.S. FED CUP TO ‘GO FOR IT’ AGAINST CZECH CHAMPS 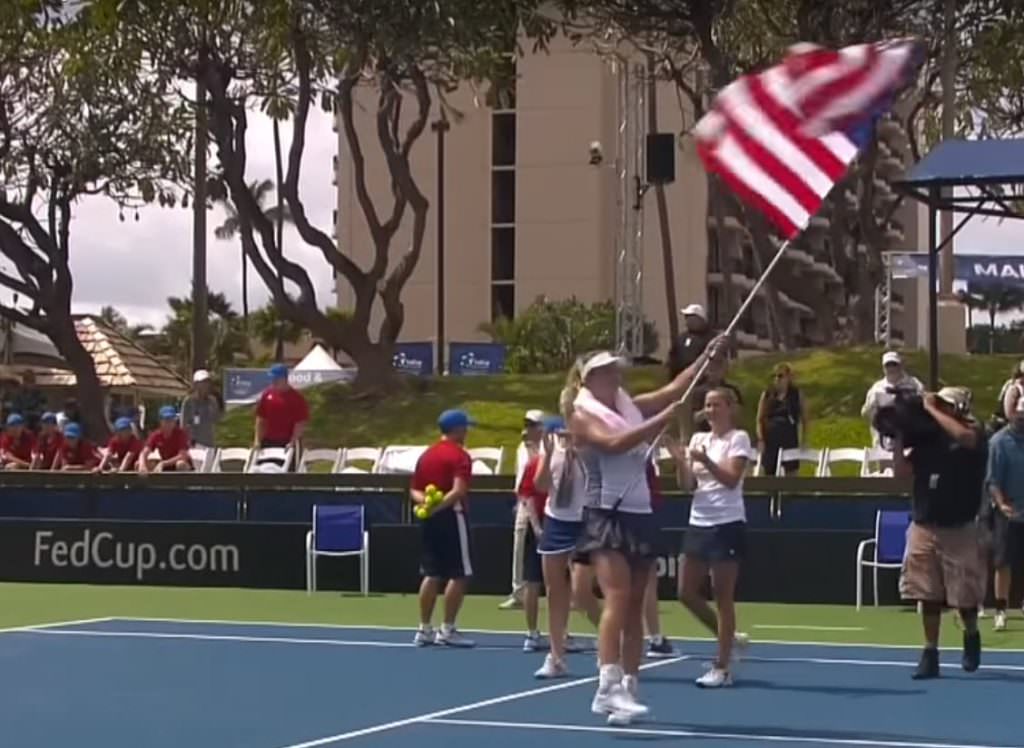 The U.S. Fed Cup team reached the World Group semifinal round for the first time in seven years last weekend by defeating Germany 4-0. Their reward? An April 22-23 meeting with the powerhouse defending champion Czech Republic.

While the U.S. has won a world-leading 17 Fed Cup titles over the life of the competition, the Czechs have been the modern-day Fed Cup juggernaut behind former Wimbledon champ Petra Kvitova, last year’s US Open runner-up Karolina Pliskova, Lucie Safarova, veteran Barbora Strycova, and 21-year-old riser Katerina Siniakova. The Czechs have won the Fed Cup five of the last six years.

The Czechs will be without their five-time Fed Cup champ and leader Kvitova, who in December was injured in a home invasion knife attack. “We were playing for her,” Strycova said last weekend. “We were thinking about her every day and we were talking also to her. I hope she will come back.” Now the questions looming on the American side for the April tie are the host location in the U.S., the surface, and whether world No. 1 Serena Williams and/or former No. 1 Venus Williams will be on the roster. “We’ll put together a strong team,” U.S. first-year Fed Cup captain and USTA Florida Tennis Hall of Fame member Kathy Rinaldi said. “I believe in all of our American players. They’re doing great. They started off 2017 extremely strong. Yeah, we’re going to go for it.”

The new USTA Florida headquarters adjacent to the USTA National Campus (which you can see in the background on the right) is starting to reach skyward, as is the neighboring USPTA headquarters.

“For Florida tennis, the USTA National Campus and the other new sports entities in Lake Nona’s Sports & Performance District will create a marriage of professional and community tennis that will generate great momentum for the sport in the coming years,” wrote USTA Florida Executive Director Doug Booth recently. “Our new USTA Florida Section headquarters building in Lake Nona will be completed in the spring of 2017, and we will be joining a sports community devoted to not only growing the game, but using the latest advancements in technology, education and sports research to do it.”

In the meantime there’s plenty going on at the USTA National Campus for visitors to see, including an Orlando Professional Tennis Series men’s USTA Pro Circuit event this week, tonight a College MatchDay women’s showdown featuring No. 5-ranked Stanford vs. No. 6 Oklahoma State at 6 p.m., and this weekend a USTA National Level 2 junior tournament featuring some of the top 16-18 year-olds from across the country. For more on events happening at the USTA National Campus go to www.ustanationalcampus.com. 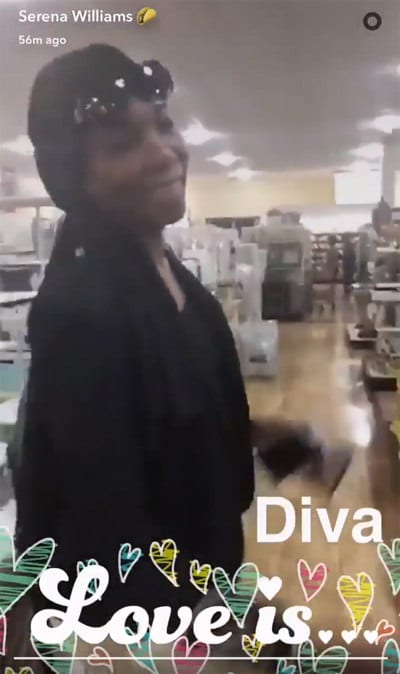 Serena Williams loves to hilariously troll her sister Venus about wearing pants…A smart court can not only make Hawk-Eye line calls and provide stats — it can also tell you which racquet and string combo is for you, and how to best avoid injuries…Serena’s mom Oracene Williams appreciated that Reddit founder Alexis Ohanian asked her permission and followed protocol in pursuing his engagement to her daughter…If the cut-off for the year-ending Next Gen ATP Finals (featuring the top-ranked 20-and-under pros) were today, Americans Noah Rubin and Frances Tiafoe would make the field…Good sport Genie Bouchard made good on her lost Super Bowl bet, going on a date with a random fan…A new study shows that people who play racket sports have a 56 percent lower risk of death from heart disease…The Sports Illustrated Swimsuit Issue debuted this week featuring Serena Williams, Caroline Wozniacki and Eugenie Bouchard…The ESPN announcer fired during the Australian Open over his choice of terminology is firing back with a wrongful termination suit…Dealing with polarizing young stars Nick Kyrgios and Bernard Tomic was too much for Pat Rafter when he stepped down as Australian Davis Cup captain in 2015. Now the former No. 1 has stepped down as head of Australian professional development after difficulties dealing with the two. “This journey for me –- through the Davis Cup years and now as performance director –- has been an eye-opener to say the least,” Rafter said

No. 4-seeded Steve Johnson came from a set down to outlast fellow American and qualifier Tim Smyczek 3-6, 6-4, 6-2.

“I didn’t play my best tennis at the beginning, but I figured it out at the end,” Johnson said. “You can’t always play your A-game and he was doing everything that he needed to do, so I just had to go to plan B.”

Not as lucky in a three-setter was last year’s finalist, unseeded Taylor Fritz, who lost to Australian qualifier Matthew Ebden 6-4, 4-6, 6-3.

Quarterfinal match-ups Friday will see the No. 4 Johnson vs. Mikhail Kukushkin of Kazakhstan, unseeded American Ryan Harrison vs. unseeded Damir Dzumhur of Bosnia and Herzegovina, Gerogia’s unseeded Nikolov Basilashvili vs. the qualifier Ebden, and the all-American match-up of No. 2 John Isner vs. unseeded Donald Young.

Qualifier Lauren Davis is the last American standing at the Qatar Total Open in Doha, on Thursday ousting No. 6-seeded Elena Vesnina of Russia 7-5, 6-2.

In the quarterfinals she will face unseeded former No. 1 Caroline Wozniacki, who on Thursday upset No. 4 seed Agnieszka Radwanska 7-5, 6-3. 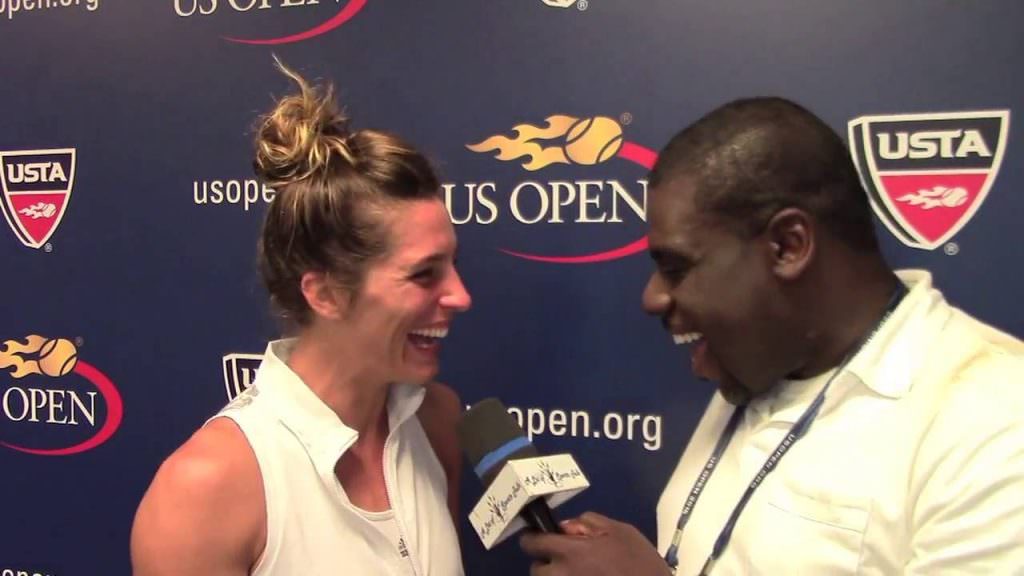 “I think we traveled through all time zones, through all seasons that are existing. We changed flights in London, which was very autumny. Then we went to Vancouver, where we had a snowstorm. Then we arrived here in the beautiful sun. We’ve seen it all. We just haven’t gone to space yet, but maybe that’s also waiting for us.”
— German Andrea Petkovic on traveling 28 hours to get to the Fed Cup match versus the U.S. in Hawaii

“I think they went whale watching, too, and didn’t see a whale.”
— American Bethanie Mattek-Sands on the German Fed Cup team, which suffered two injury defaults over the tie last weekend in Hawaii, then learned their flight home had been cancelled after their final match

“It has a new flavor to it, that new car smell.”
— American player Connor Smith, competing this week at a USTA Pro Circuit event at the USTA National Campus in Orlando, speaking to www.zootennis.com