Florida’s 15-year-old Amanda Anisimova will be making her first trip to the French Open main draw this month.

The Hallandale Beach teen, who hadn’t played a WTA-level match until last year’s US Open, won the USTA’s Roland Garros Wild Card Challenge on Thursday when Bradenton’s Victoria Duval, the only player who could catch her in the point standings, lost at the USTA Pro Circuit stop in Charleston, S.C. Anisimova garnered her wild-card-winning point total by reaching the finals at the USTA Pro Circuit stops in Indian Harbour Beach, Fla., and Dothan, Ala., in only her second and third career appearances on the circuit.

Anisimova made her lone Grand Slam appearance last year at the US Open, winning her opening round before losing to Eri Hozumi of Japan. For more USTA Roland Garros Wild Card Challenge info go to www.usta.com/news. 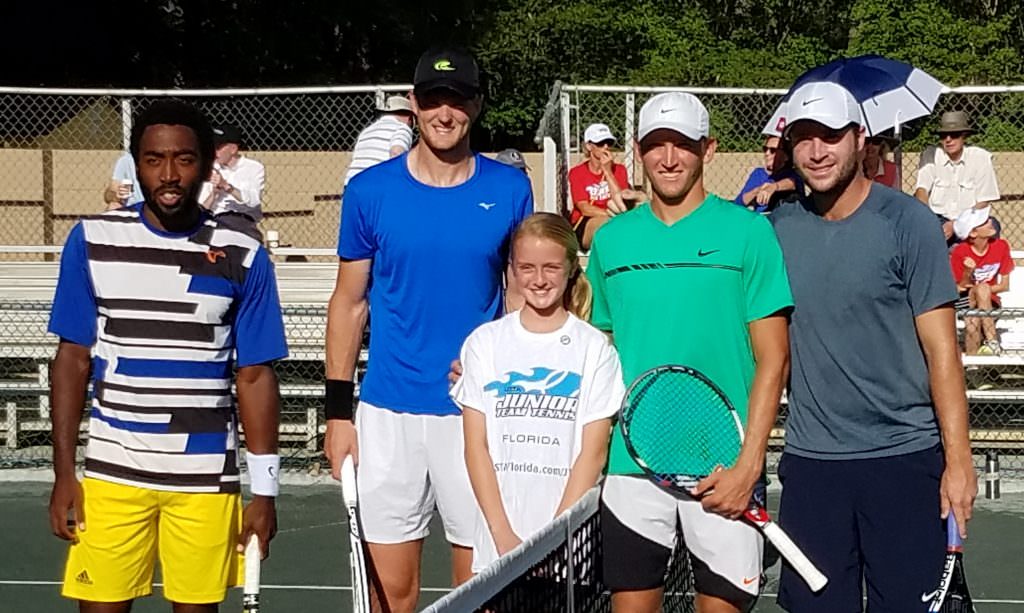 The USTA Florida Sportsmanship Pin is an honor bestowed on Florida junior tournament or Junior Team Tennis players that exhibit the spirit of fair play during competition. Some recent Sportsmanship Pin recipients took center stage last week at the Tallahassee Tennis Challenger, where they participated in the coin toss to determine serve for the USTA Pro Circuit professional matches.

“Velan Thanasekar, a JTT player of Indian descent, did the coin toss for the doubles match of 18-time Grand Slam doubles winner Leander Paes, who is also from India,” said USTA Florida Tallahassee-area Tennis Program Coordinator George English. “Velan was absolutely thrilled to do it, and after the toss Paes gave him his wristband and then signed it after the match. Needless to say, Velan was overjoyed and will surely never forget that moment.”

Each night in Tallahassee a JTT player who received the Sportsmanship Pin was chosen to perform the coin toss before the feature match. “USTA Florida is dedicated to not only promoting a solid competitive atmosphere, but is also committed to developing players into respectful adults,” said the USTA national body’s Anne Davis, who during each coin toss announced the child’s name and what they did to earn the Sportsmanship Pin. 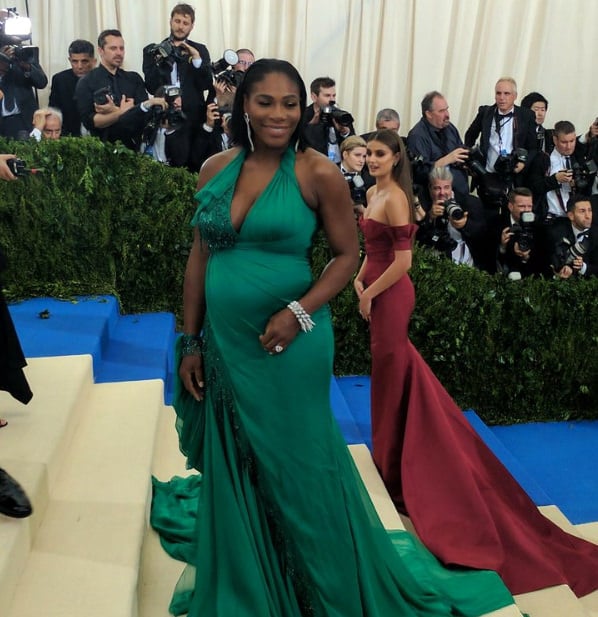 Serena Williams showed off her baby bump in style this week at the Met Gala…The top 55 & Over teams in Florida will battle for state supremacy this weekend at the USTA Florida 55 & Over 3.0/4.0 Section Championships at the USTA National Campus in Orlando…Roger Federer confirmed he will play the French Open, and that he will be prepared to win…No one had celebrated 10 titles at a tournament ever in their career in the Open Era until Rafael Nadal in April did it in consecutive weeks at Monte Carlo and Barcelona…Did You Know? 30 years later, Michael Chang remains the youngest player to ever win a Challenger-level title at 15 years, 7 months…Maria Sharapova went from zero to No. 256 on the WTA rankings after reaching the Stuttgart semifinals last week…First-year coach John Roddick, brother of Andy, has led the University of Central Florida men’s team to its first NCAA tournament qualification in 12 years…France’s Gael Monfils has a brother playing NCAA tennis — his sibling Daryl just helped Virginia Commonwealth University win the Atlantic 10 Men’s Championship last weekend at the USTA National Campus in Orlando…Former Florida resident James Blake has a new book, “Ways of Grace: Stories of Activism, Adversity, and How Sports Can Bring Us Together.”…Former No. 1 Novak Djokovic has apparently fired his entire coaching team. 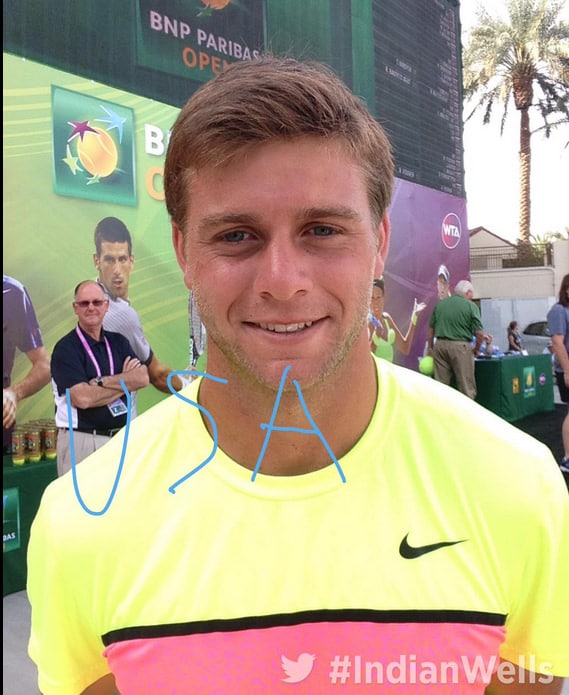 Unseeded Ryan Harrison and Varvara Lepchenko are the last Americans standing entering the weekend at claycourt events in Estoril, Portugal, and the WTA stop in Rabat, Morocco, respectively.

Harrison benefited from a walkover into the quarters at the Millennium Estoril Open when Juan Martin del Potro withdrew due to a family emergency. American qualifier Bjorn Fratangelo, the former French Open juniors winner, was also in the second-round mix on Thursday in Estoril, falling to Japan’s Taro Daniel 6-4, 6-4.

Harrison in the Friday quarterfinals will face No. 4 seed and former French Open runner-up David Ferrer. 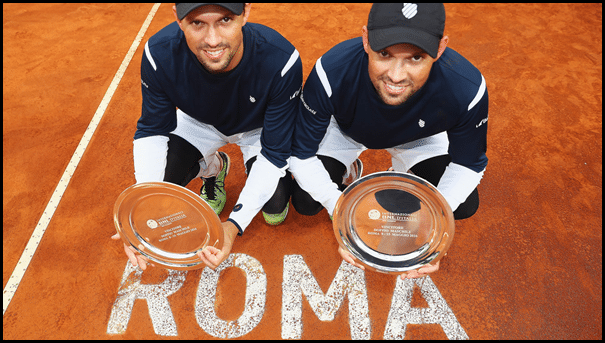 “We had our credentials, but nobody actually believed we were players. We got kicked off a practice court, even though it was our hour, because the guy thought we were ball kids…We were intimidated and left.”
— Bob Bryan on playing the US Open at age 17 after he and his brother Mike received a wild card

“It actually looks like, in a lot of cases, the women come back stronger.”
— Coach and former ATP player Michael Joyce, speaking to the New York Times on doing research on athletes returning from pregnancy before deciding to work with new mom Victoria Azarenka

“I’m really inspired by my sister, who’s a year older than me. If she’s still playing, then I know I can play.”
— Serena Williams, speaking at the TED conference on her pregnancy and returning to tennis in 2018