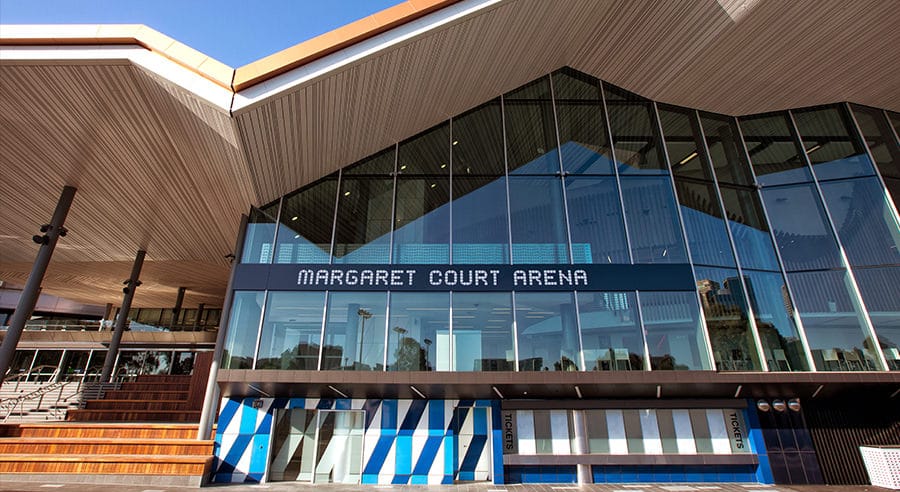 It’s been roughly five months since WTA players started calling for the re-naming of the Australian Open’s Margaret Court Arena after the former champion came out against same-sex marriage, saying “tennis is full of lesbians,” that gays are pedophiles, and calling transgender children the work of “the devil.” John McEnroe said a mass same-sex wedding should be held in the arena, while prominent former No. 1s Billie Jean King and Martina Navratilova spoke out against Court.

This week Australians voted to legalize same-sex marriage, with an aim to pass legislation in parliament by Christmas. Court turned around and said there will be no Christmas with the legislation passed, saying proponents of equality will destroy marriage and all major holidays. “[Margaret] believes in conversion, that if you’re gay you can turn around,” King told The Guardian this month. “Not happening, nice try. No. We’re all God’s children — accept us the way we are, as long as we’re not hurting others. When she said that trans children are from the devil — you don’t do that. Don’t hurt my community like that.”

Tennis Australia says Court’s personal views “are her own.” Actress Jessica McNamee, who plays Court in the recently-released Battle of the Sexes movie, says the name of the Australian Open show court should remain the same. “As far as changing the name of the court…I actually spoke to Billie Jean King recently,” she told the Advocate. “I guess I mimic her sentiment in that [Court] has a right to freedom of speech, and I don’t necessarily think that the name needs to be changed. Essentially, you know she was awarded that exclusively for her tennis, you can’t deny that she was the best female tennis player of her time. But yeah, I definitely have strongly different beliefs than her.”

DRAW PREVIEW: CAN U.S. FED CUP TEAM REPEAT IN 2018? WILLIAMS SISTERS BACK IN THE MIX? 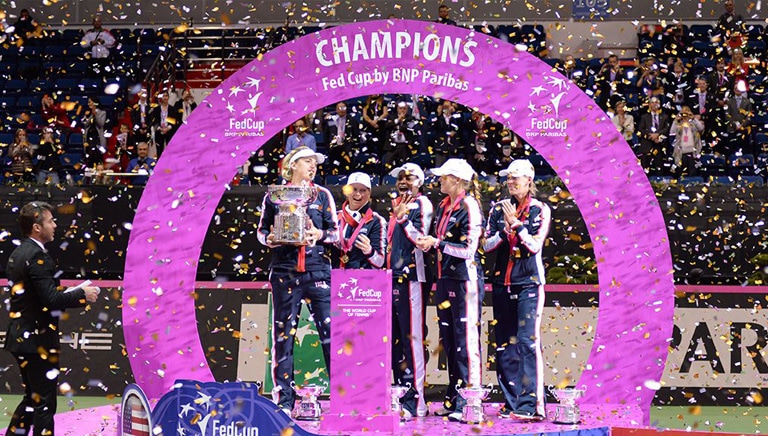 Next year will reveal whether the U.S. is setting itself up for years of Fed Cup dominance behind Top 10er CoCo Vandeweghe, US Open winner Sloane Stephens, former No. 1s Serena and Venus Williams, and a handful of other up-and-coming players. “We play in February,” said U.S. Fed Cup captain Kathy Rinaldi. “We have so many great players, so many young junior players coming up the ranks as well, and even younger behind them. It’s pretty exciting. It’s an exciting time.”

In the first round the U.S. will be the big favorites over the Netherlands, who have one player ranked in the Top 100, No. 31 Kiki Bertens. A win will take them into the semifinals against either Belgium or France, where France will be favored behind No. 8-ranked Caroline Garcia and No. 11 Kristina Mladenovic. If the U.S. can push through to the final they would likely face either the powerhouse Czech Republic team or this year’s finalist Belarus, if Victoria Azarenka can again put the team on her back in 2018.

The U.S. squad will kick things off in Ashville, N.C., on Feb. 10-11, starting a campaign to attempt back-to-back Fed Cup championships for the first time since 1999-2000. To get tickets in advance visit www.usta.com/fedcup.

Campers and staff at the recent USTA Florida Diversity Camp in Ft. Myers

In Milan you can play tennis inside a 16th century church because — art…Rafael Nadal lost his first match at the ATP Finals then withdrew from the event citing a bad knee. He has never won the ATP year-end championships in 13 tries and has withdrawn on five occasions. Roger Federer has conversely made 14 semifinals in his 15 year-end appearances…USTA Florida is hiring part-time and full-time adult and youth league coordinators in three regions…Golf Digest wishes golf’s year-end championships was as good as tennis’…USTA League National Championships conclude this week with the 55 & Over championships at the USTA National Campus in Orlando…Mikael Pernfors competes for Sweden at the ITF Seniors World Championships, as does former tour player Karsten Braasch for Germany — the man who beat both Williams sisters in a behind-the-scenes Battle of the Sexes that occurred at the 1998 Australian Open…Former top player Jelena Dokic has come out with an autobiography detailing abuse at the hands of her father, but also support from No. 1s Lindsay Davenport, Monica Seles and Martina Hingis…Last night Serena Williams married  Alexis Ohanian in a star-studded affair in New Orleans. 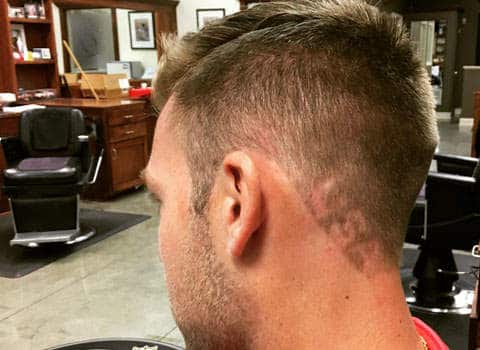 Jack Sock is making his first appearance at the year-end ATP Finals a memorable one, on Thursday upsetting world No. 3 Alexander Zverev 6-4, 1-6, 6-4 in his last round robin match to reach the semifinals.

The No. 8-seeded Sock is the first American to reach the year-end semifinals since Andy Roddick 10 years ago.

“I’m playing with house money,” Sock said. “I’m going out there and letting loose, having fun, trying to put on a show a little bit, just enjoy my time.”

The No. 2 finisher in the Boris Becker Group behind Roger Federer, in the semifinals the American will face Pete Sampras Group winner Grigor Dimitrov on Saturday. Sock has won three of their four career encounters, including a three-setter this year at Indian Wells where he saved four match points against the Bulgarian.

“To come here, sneak in the last spot. I’m going to have fun, play big, play free,” Sock said. “That’s definitely not going to change. No one expected me to be here in the first place.” Federer in his semifinal will face the winner of today’s round robin match between Dominic Thiem and David Goffin.

“We were once at a restaurant in London in the days before Wimbledon and someone at another table wished Vitas, Bjorn, and John good luck. Vitas quietly called over the waiter and told him that he’d pay for that table’s meal too. There was no tennis player more charismatic than that guy.”
— Mary Carillo speaking to The Standard on Vitas Gerulaitis

“I’ve been in the American camp for I don’t know how many minutes and am already being treated better than the Australians have treated me.”
— Pat Cash, the coach of CoCo Vandeweghe, on helping the U.S. Fed Cup team in the final at Belarus, speaking to AAP

“Although I still feel gay. You know why I like it? Because it’s happy, happy, happy.”
— Billie Jean King speaking to The Guardian on young people telling her they prefer the term “queer” to “gay”