During virtual ceremonies last week, the ITA announced the winners of its 2020 National Awards. The recipients, chosen from a pool of players across the country who received regional awards from the ITA, are considered outstanding representatives of college tennis’s strong athletic tradition and commitment to excellence on and off the court. Despite the shortened season due to the COVID-19 pandemic, these student-athletes had their hard work recognized by National Awards Committees.

Below are the Florida winners, separated by division.

The ITA National Player to Watch award honors a returning student-athlete who is expected to have an outstanding collegiate season next year.

This is the second straight season Sam Riffice collected ITA honors and he is also the second consecutive Gator to claim the ITA National Player to Watch award. The sophomore, already a standout in the Gator’s lineup, holds a 42-15 career singles record and a 34-9 career doubles record. Riffice was ranked No. 5 in the last Oracle ITA Singles Rankings and No. 19 in the Oracle ITA Doubles Rankings. The sophomore was named an ITA singles and doubles All-American in 2020 in addition to his ITA singles All-American award his freshman year. Riffice was also named 2019 SEC Freshman of the Year and to the 2019 SEC All-Freshman Team.

The ITA National Most Improved Senior award honors a senior who showed the most improvement over the course of his/her collegiate career.

In her four years as a Saint Leo Lion, senior Kristyna Jurkova developed from a solid singles player to a line-up leader and driving force of the program. Jurkova started her career for the Lions playing No. 3 singles and progressed to the No. 2 spot after two years of play. Her highest rankings in the Oracle ITA Rankings came in 2019 when she checked in at No. 31 in singles and No. 9 in doubles.

Keiser’s Luke Simkiss had a stellar junior season. He finished 2020 ranked No. 6 in singles and No. 13 in doubles in the Oracle ITA Rankings, and tallied two top-10 straight-set wins over the past season to secure his spot in the top 10 of the Oracle ITA Singles Rankings. Simkiss posted a 14-0 overall record in the top singles spot and earned ITA All-American status in singles. Additionally, the junior was named the UTR ITA NAIA Men’s National Player of the Week for his play.

The ITA National Sophomore Player of the Year award honors the sophomore student-athlete who had the best year among all student-athletes in his/her class. 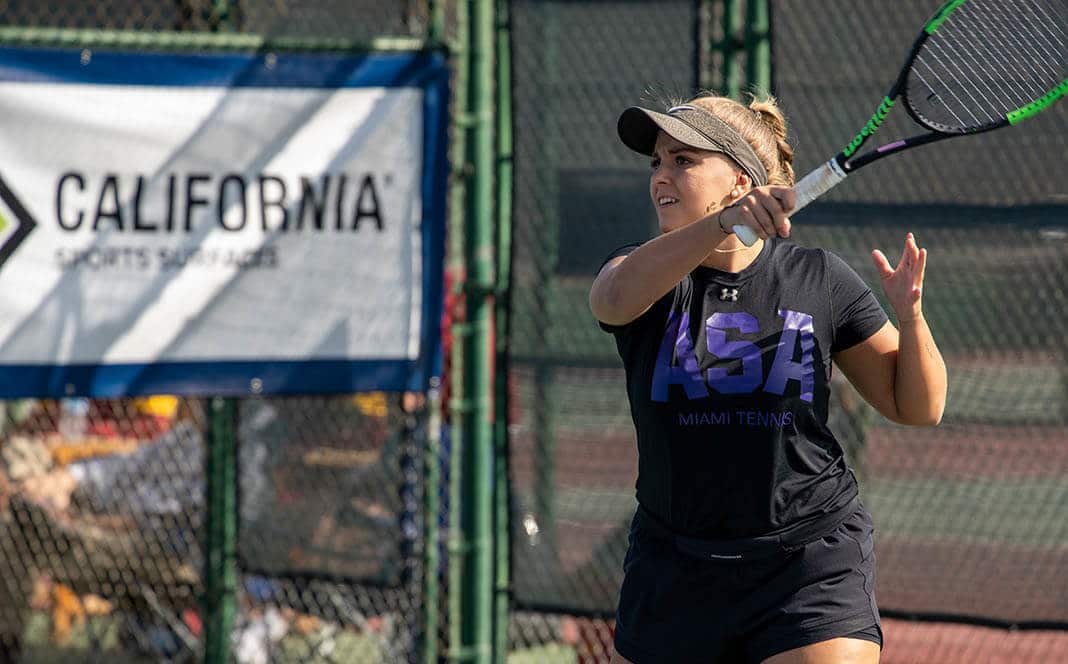 Tatiana Simova is a multiple-time national champion for ASA Miami. Her freshman season she secured the No. 2 singles NJCAA National Championship and the No. 1 doubles NJCAA National Championship. Simova finished No. 1 in singles and No. 2 in doubles in the final Oracle ITA Rankings and was honored as a ITA All-American in singles and doubles for her sophomore season.

For more information on the ITA National Awards and for a full list of award winners, please visit www.wearecollegetennis.com.