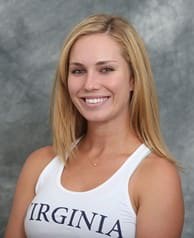 Collins and McDonald each will receive a $100,000 grant intended to assist young players as they transition from college into the professional ranks. The two young professionals were selected by a six-member advisory council comprised of former tennis professionals and executives. The Intercollegiate Tennis Association, the governing body of college tennis, administers the grants.

“I couldn’t think of two better people to receive these first awards than Danielle and Mackie,” said Oracle’s Hurd. “Our goal is to help deserving players in developing their games. Once you leave the collegiate ranks, you lose a lot of the built-in support that college provides.”

“This was such a surprise,” said Collins who grew up in St. Petersburg, Fla. “I’m so grateful to have been selected.”

Evert, on behalf of the advisory council, congratulated the players.

“Danielle and Mackie have bright futures ahead of them and the advisory board is confident these grants will help them on their way,” Evert said. “We’re all grateful to Oracle for recognizing this need and are hopeful that others will step up to support American tennis.”