UF and UCF came out on top among the 16 pool groups, earning a spot in the coveted Gold Bracket.

The Gators were edged 24-22 in their first Gold Bracket match by Georgia Tech, but went on to beat Harvard and Cal Poly before losing a tight one against Wisconsin.

“We were a little fatigued [against Wisconsin] as it has been a long weekend,” said UF senior captain Max Koller. “Given a couple points here and there against Georgia Tech we think we could have won this tournament. The margins are so small, there’s so many great teams here. All credit to these teams here.”

Even though we had the lowest finish in my four years [at the TOC National Championships], I’d say we had the best team in terms of our skill level and team camaraderie — it’s a testament to the strength of the league. Tennis on Campus is so tough and so difficult, I don’t think it’s even close to being the level it was four years ago. Every year the competition gets stiffer and stiffer, and every year we’ve been able to finish Top 10.”

The University of Central Florida, the USTA Florida Section year-end tournament champions for 2016-17, defeated Wisconsin in its first Gold Bracket match, then fell to 2015 runner-up Minnesota. In their consolation match they defeated Georgia Tech to finish in the Top 10.

The University of Miami finished second in their pool play, falling into the Silver Bracket which it then won, in the championship match defeating Boston College. 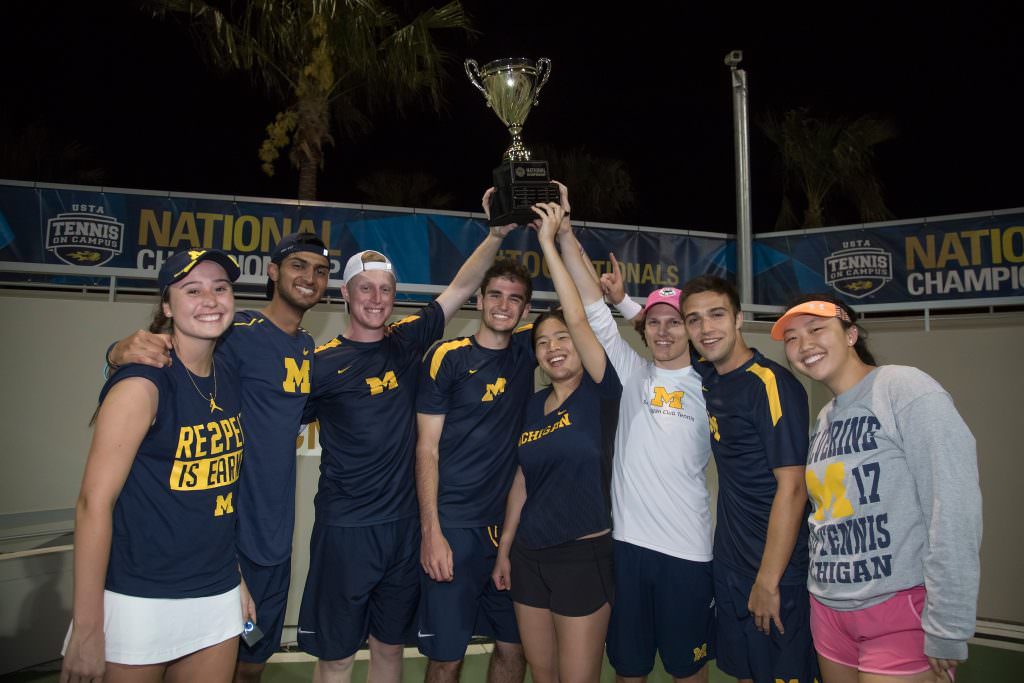 The USTA Tennis On Campus program features more than 35,000 college students competing nationwide in intramural and intercollegiate coed club play. Since its inception in 2000, Tennis On Campus has grown significantly and today is played on more than 700 college campuses.

Developed by the USTA in partnership with NIRSA and World TeamTennis, the Tennis On Campus program gives college students the opportunity to build leadership skills, network in a coed sports environment and compete on a college team without the rigors of playing in a varsity program. With year-round match play and regional and national championship competition, students maintain active and healthy lifestyles through their college years.