Rural locations are a challenge for organizing league tennis, and perhaps no Florida location is more challenging than the expansive Florida Keys.

If that’s the case, then no league organizer has been more challenged than Nicole Berger — especially earlier this year, organizing tennis leagues from a hospital bed some 1,700 miles from her home on Big Coppitt, 10 miles outside of Key West.

Berger in February found herself in a hospital bed in Iowa rather than driving the daily idyllic 10-mile commute over five bridges along the ocean from Big Coppitt to her Paradise Tennis Academy in Key West.

“I moved to Iowa when I found out I was pregnant in September, to avoid Zika,” said Berger of the virus reported in areas of South Florida. “My husband and I run Paradise Tennis in Key West together. He stayed in Key West to run all the clinics, lessons, leagues and tournaments, while I did all the computer work for the business — marketing, sales, e-mails, accounting and billing. In February I starting having some pregnancy complications and ended up spending 46 nights in the hospital in Iowa. I was able to run Paradise Tennis, start new leagues, and manage my property management business from my hospital bed. It was challenging at times and awkward when I was on a work conference call and the doctor would walk in.” 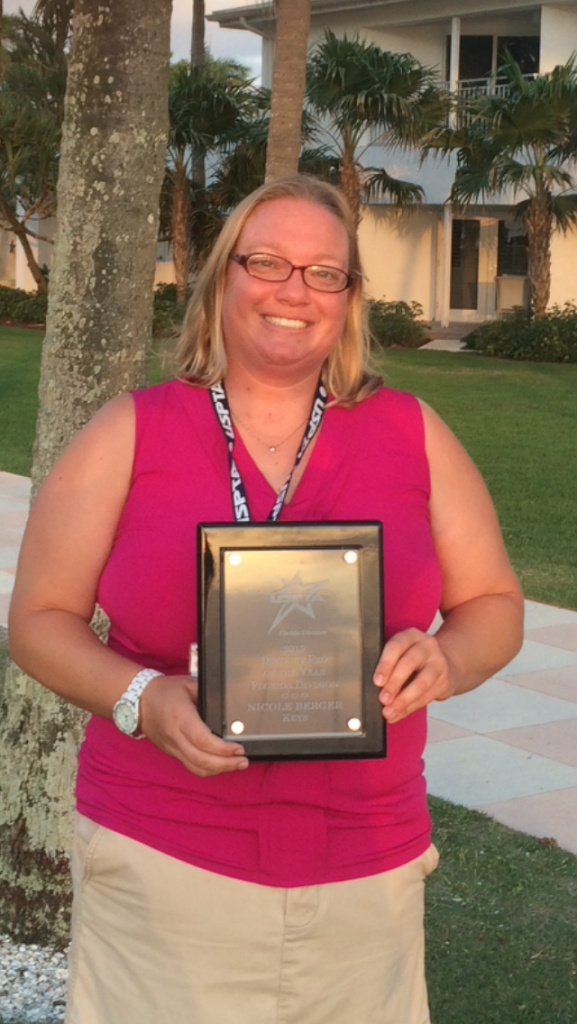 Berger had previously briefly directed a tennis facility in Iowa before realizing teaching indoors wasn’t for her. Following the birth of their child Berger returned to Florida, continuing to organize tennis across the lower Florida Keys and adding USTA Junior Team Tennis to her menu of options for local players. An early adopter of USTA 10 and Under Tennis (currently transforming to Net Generation this summer), she has watched her students progress and prosper with the proper kids-sized racquets, balls and court sizes.

“The 11-year-old players that started with red ball when they were 5 years old really understand the game,” Berger says. “They know how to set up points and use the right shot selection to win the points. By using the different balls we were able to see success with rallying and match play right away.”

This year marked the first-ever official USTA Junior Team Tennis play in the Keys, an extra challenge when organized from a hospital bed.

“Due to the distance between clubs, the matches were only on the weekends,” she says. “We played double-headers as well. Brock Wilson, my husband, and Cathy Nordlund ran the events at the site. They would send me scores and I recorded them from the hospital bed.”

Nordlund says Berger’s passion makes her a special fit for the challenges of tennis in the Keys.

“Nicole is one of the most dedicated pros I have had the pleasure to work with,” said Nordlund, USTA Florida tennis program coordinator for the Miami area. “She seems to have a special passion to introduce tennis to the kids. Living and working in the Keys presents some special challenges with the distance you have to drive all the time to get to other tennis facility for match play. She was in and out of the hospital but never stopped working on it.” 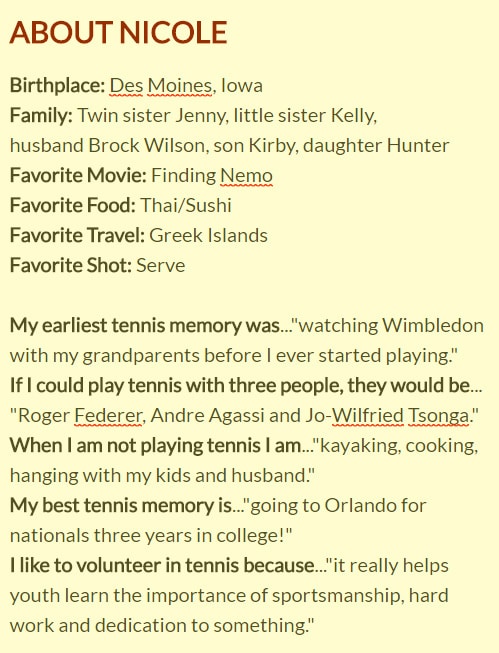 Berger in 2015 and her husband Brock Wilson in 2017 were named the USPTA Pro of the Year for the Keys for running successful USTA Leagues, providing numerous junior play opportunities, and for hosting various charity tournaments among other endeavors. This year Berger has volunteered to support the Keys tennis community by mentoring young USPTA (United States Professional Tennis Association) teaching pros in the USPTA U30 program, and organizing a first-time Middle School Team Tennis League for a 2017 debut.

“This fall is shaping up to be a busy one,” she says. Between adult leagues, junior team tennis (local and travel league), middle school league and junior tournaments, there is no lack of play this summer and fall in the Florida Keys, and she feels fortunate to not have to manage it from a hospital bed. USTA Florida thanks Nicole Berger as the July 2017 Florida Tennis Volunteer of the Month for her extra effort in creating adult and junior tennis play opportunities and supporting the tennis community in the Florida Keys.

“The challenges are the lack of courts, and lack of large facilities to run big events, and the distance between clubs,” she says of the Florida Keys. “The reward is living in paradise.”

Local USTA Junior Team Tennis and adult USTA Leagues in the Southern Keys start in the fall, for more info go to www.paradisetenniskeywest.com, or to find adult or junior leagues anywhere in Florida go to: