The Delray Beach Open by VITACOST.com has announced its partnership with TennisONE and the new official app of this year’s event.

Created by Minneapolis sports tech start-up Bleachr LLC, the app’s exciting features include live scoring, interactive draws, and social games which will elevate the experience at Delray Beach for tennis fans around the world as much as those who are courtside. The app is now available on both iOS and Android and can be downloaded today in the App Store and on Google Play. 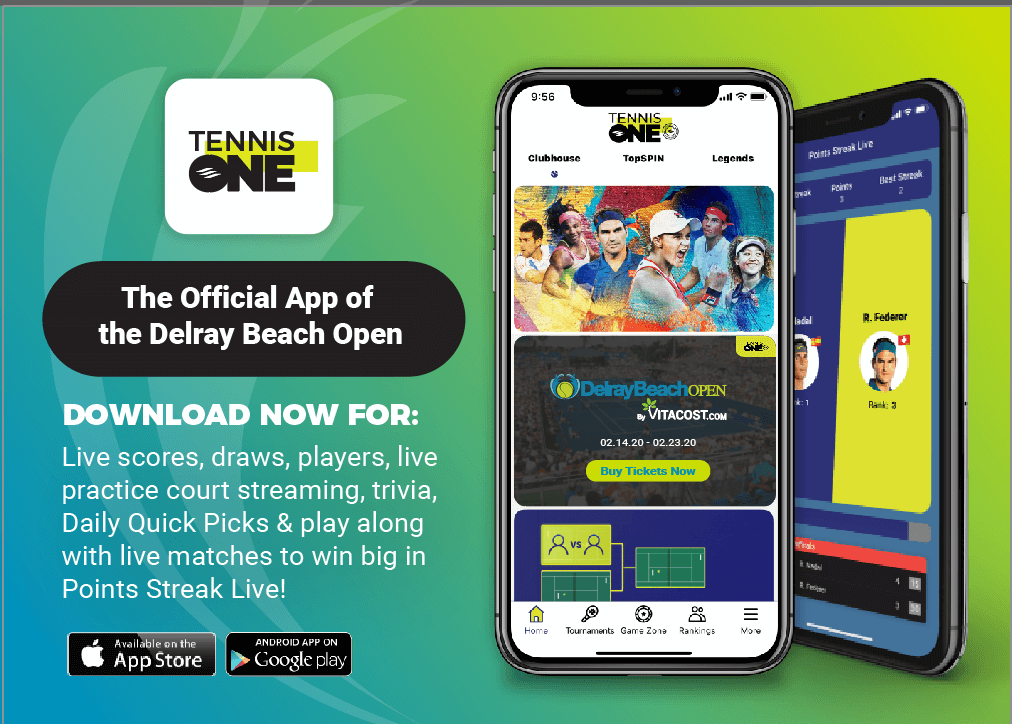 “This going to be really cool. It’s always good for fans to have a 1-stop shop for scores, draws and all the fan-musts, but we were interested in going next level with live streaming from our practice courts, daily picks games and other interactive fun,” said Mark Baron, Tournament Director. “The app will also be the first place we announce the schedule for the following day and exclusive pop-promos. You never know when I might get an itch to make an offer fans can’t refuse!”

“We are honored to be designated as the official mobile app partner of the Delray Beach Open,” said Kristin Geer, Bleachr’s Chief Executive Officer. “We’re excited to offer fans a one-of-a-kind mobile experience to follow their favorite players, watch them live on the practice court, and play Daily Quick Picks to win prizes.” 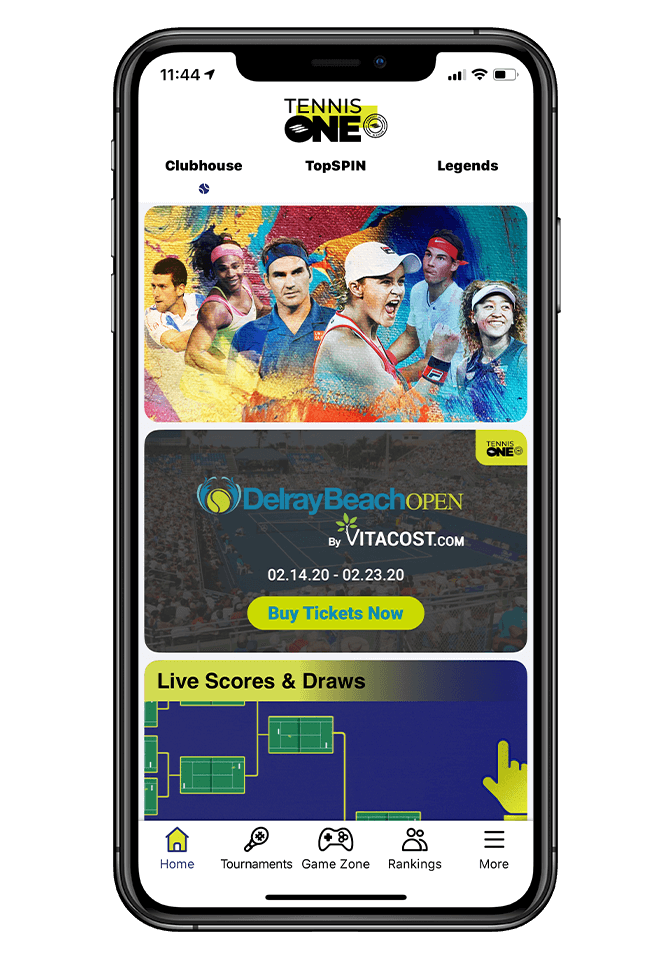 On President’s Day, Monday, Feb. 17, the game’s reigning stars will take center court for the ATP 250 matches;  Bob and Mike Bryan, the winningest team of all-time, will make their final Tour appearance in Delray Beach on Wednesday, Feb. 19; and the event will conclude with the ATP 250 finals on Sunday, Feb. 23.

Individual tickets for all sessions are on sale now and start as low as $30. See the full lineup of offers, parties, special events, food and beverage options and more at www.YellowTennisBall.com.