About 60 players from six Broward County championship teams came to the Frank Veltri Tennis Center in Plantation on Sunday, Feb. 12, to celebrate their collective victories this season.  They were: 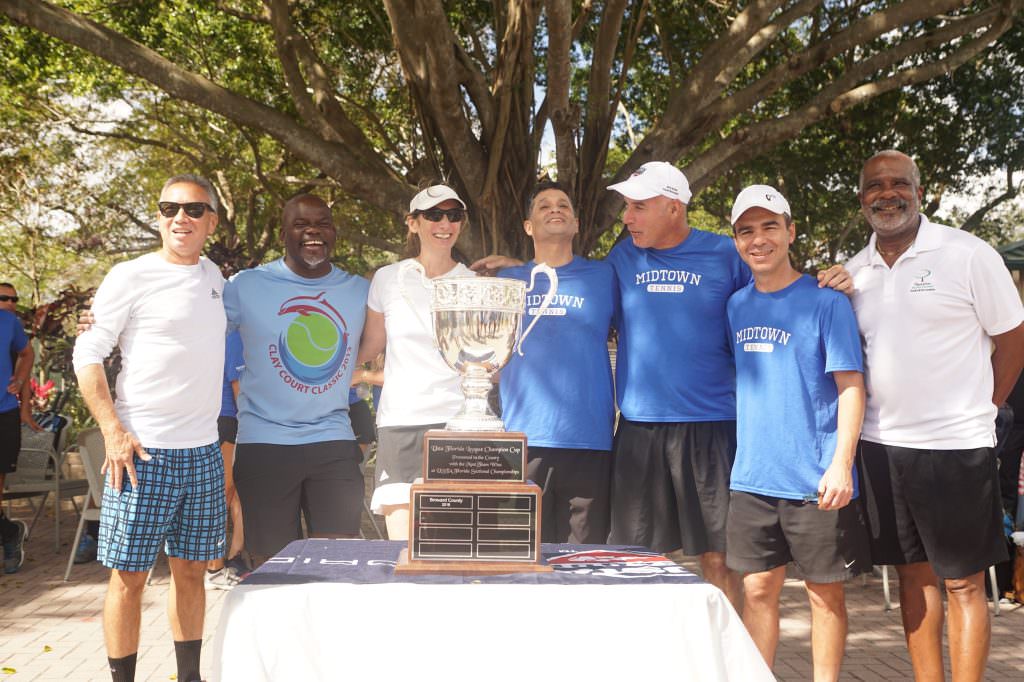 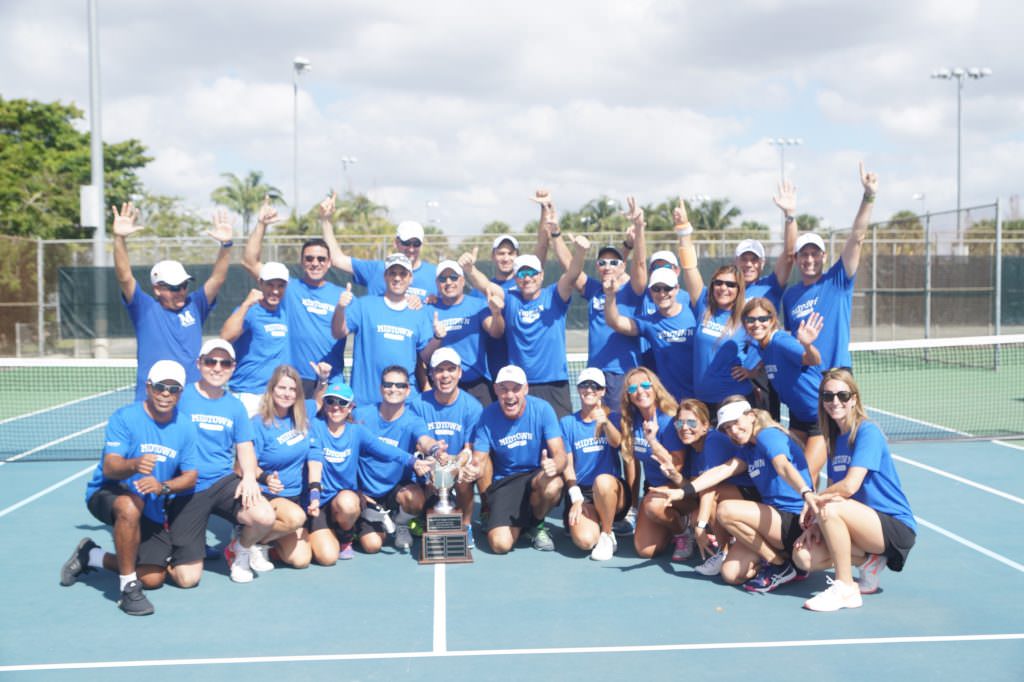 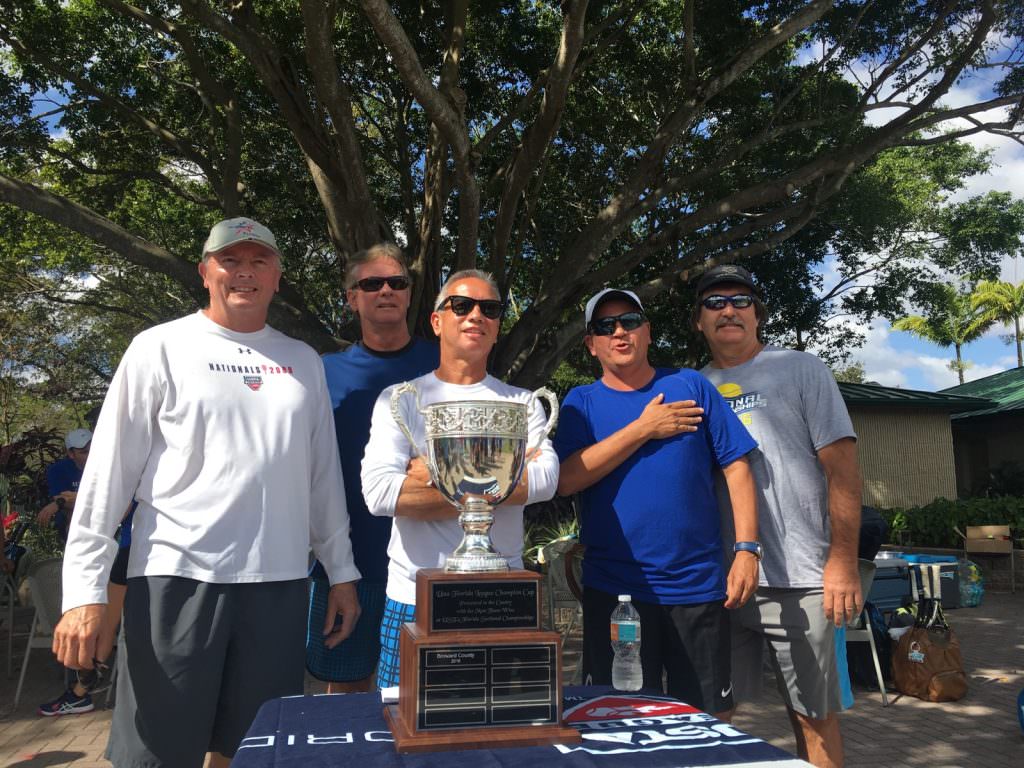 ALPHA ROMEROS: Londi Romero’s alpha men were 4.5 champs in the 55+ league. Their fearless leader is holding the trophy. 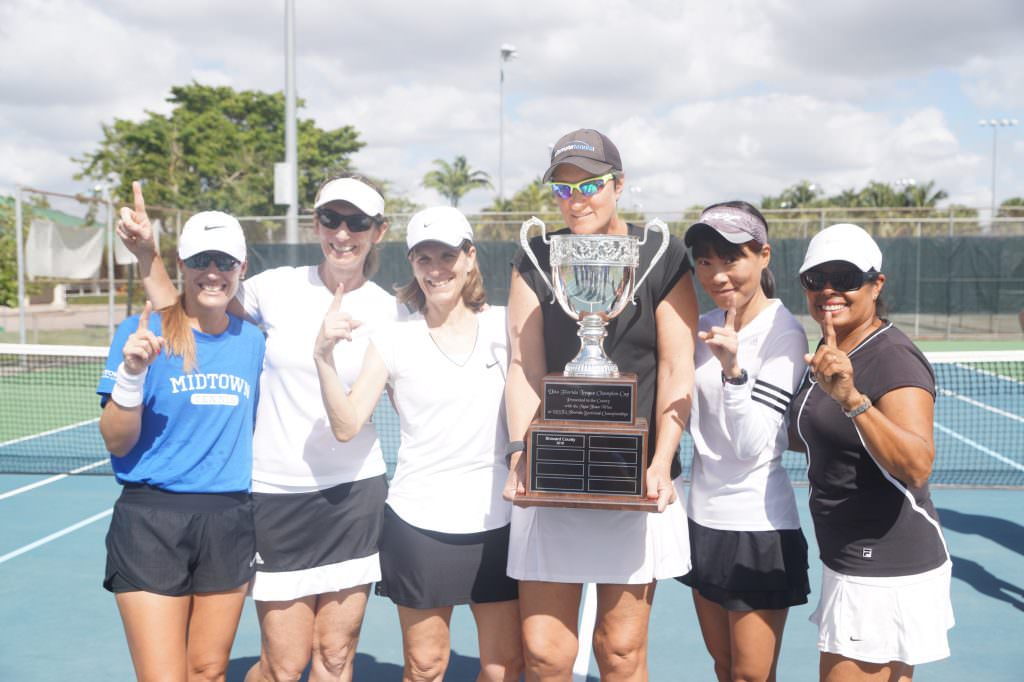 A VEL TREE GROWS IN PLANTATION: Captain Veronica Wank with five of her teammates from the 9.5 combo league.. 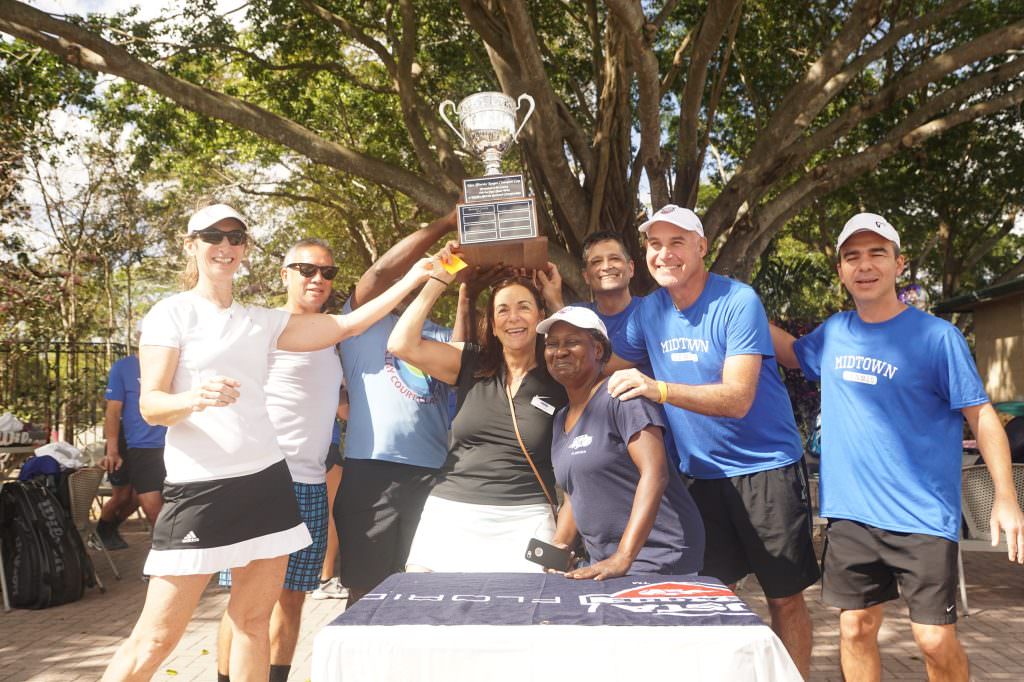 TLC FROM THE LLCS: Celebrating six captains’ success with plenty of TLC were LLCs Maria Miro (holding up the trophy) with Lou Armstrong (at her left). From left to right are captains Veronica Wank (Combo 18 & Over Women’s 9.5, playing out of the Frank Veltri Tennis Center in Plantation); Londi Romero (men’s 4.5 in 55+ from the Tennis Center of Coral Springs); Kevin Sims from the Dillon Tennis Center in Oakland Park (face blocked, Combo 18 & Over Men’s, 6.5); and the captains of three teams from the Midtown Athletic Club of Weston: Enrique Escobedo (Mixed 18 & Over 7.0); Gustavo Risquez (Mixed 18 & Over, 8.0); and Fernando Lamus (18 & Over Men’s 3.5 ).

AND WE ARE THE QUALIFIERS!

The Swim and Racquet Center in Boca Raton held a qualifying event on Feb. 1-2 for kids 10 & under who were attempting to qualify to play in the Delray Beach junior tennis tournament held from Feb. 17-26.  Four boys and four girls qualified. 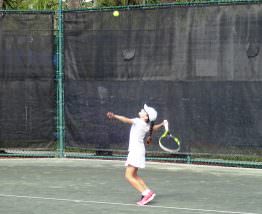 THIS MAYA, NO ILLUSION: In Sanskrit, Maya means illusion.  But the only illusion involved in playing Miami-based Maya is the idea that you can easily beat her.  She qualified to play in the 10 and Under section of the Delray Beach Open tennis tournament. 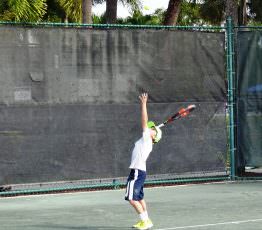 HAPPINESS (WHICH IS WHAT FELIX MEANS): And that’s what Felix Puyplat of Ocean Ridge felt when he qualified for the 10 & Under section of the Delray Beach Open tennis tournament. 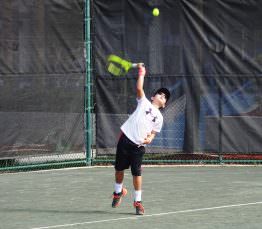 ENTHUSIASTIC ETHAN: Young Everk of Cape Coral prevailed to qualify for the 10 & Under section of the Delray Beach Open tennis tournament. 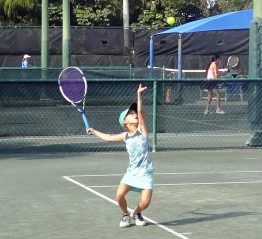 TOT TAT: Tatyana Leontyeva of the Palm Coast was another qualifier.