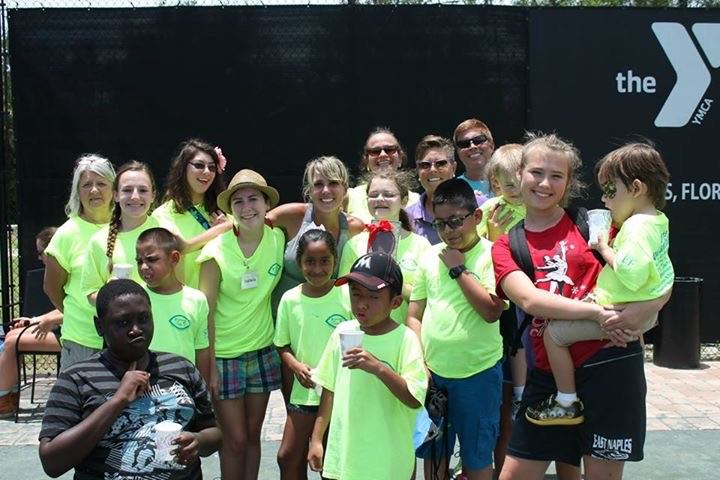 When 25 blind children of all ages unload from a bus for their first tennis experience, sometimes the best-laid plans go out the door.

“So here we are, our first day, it’s about 95 degrees, not a single cloud in the sky, two buses pull up, and pandemonium ensued,” said Channon Champ, organizer of the Tennis for The Blind and Visually Impaired Youth program, founded last year in Naples, Fla.

Champ and Naples YMCA Teaching Pro Mindy Rashbaum had long planned for the day. They work with the non-profit Lighthouse of Collier, which provides services and fosters independence for the blind and visually impaired. 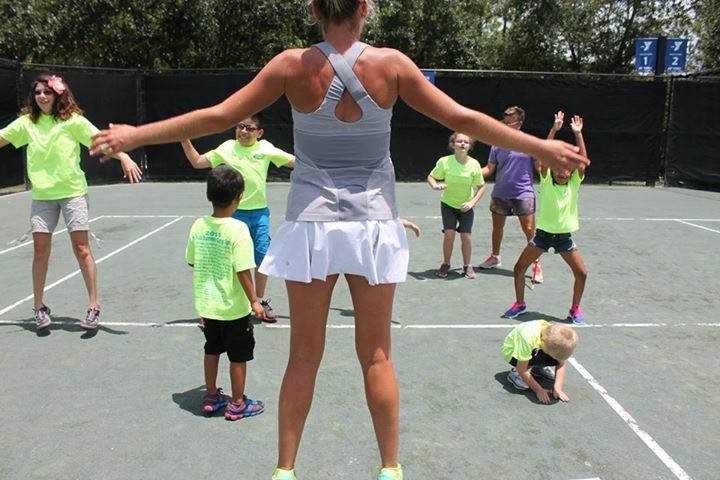 “The lesson plan was thrown out the window — we weren’t prepared in the least!” Champ said. “We had 25 kids running all over the place, some eager for tennis, some eager for snacks. We had students as young as 4 years old, up to 16 years old. Some campers were blind, while others had limited vision. Mindy and I were ‘the blind leading the blind’ that first day! But that’s when we feel in love, and continued to fall in love with our campers for the next three weeks.”

The idea for the program was first planted when Rashbaum came across an internet article describing Soundball Tennis. The adaptive tennis program uses foam tennis balls with a core of rattling beads that allow blind or visually-impaired players to, through practice, judge the direction and height of the ball from the bounce, They also learn to move to the ball and make contact with the racquet. The Arthur Allen Tennis Center in Naples had hosted blind summer campers previously from Lighthouse of Collier, and Rashbaum connected with the center to establish a pilot program for Soundball Tennis.

“Mindy called me with this wacky idea of combining our love for tennis and volunteering, and I immediately jumped on board,” Champ said. “Now we needed to come up with a plan for every Friday in July! With no experience in adaptive education, and not fully understanding the principles of Soundball Tennis, we began our quest to be ‘Soundball tennis queens.'”

Hoping to find a few organizations that had previously taught tennis to the blind or visually impaired, the two instead found “an amazing network of educators and volunteers worldwide who had a wealth of knowledge and were willing to help with lesson plans and adaptive strategies.” 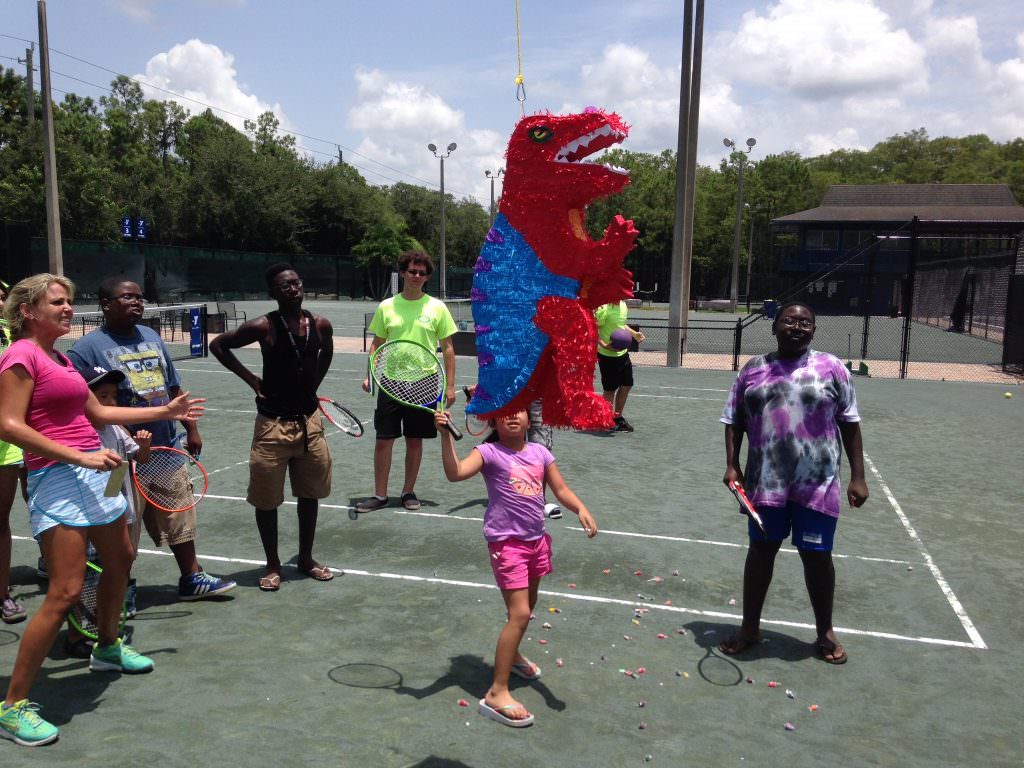 Organizers at The Texas School for the Blind and Visually Impaired, and British Blind Sport offered their support. Rey Garrido, a doctor of optometry in Charlotte, N.C., provided guidance from his large program, and pointed them to a U.S. coaching manual. He also connected the pair with organizers in Singapore, which has a large Soundball community.

The game of tennis for the blind is attributed to Japan’s Miyoshi Takei, who died in 2011. He lost his eyesight as a small child, and as a tennis enthusiast created the Soundball program. He won the national championship in Japan 16 times, and advocated for the sport’s inclusion in the Paralympics.

Lighthouse of Collier provided its volunteer women with a guidance document received from the British Tennis Foundation. Lighthouse of Collier long-time collaborator Kevin Walker, a tennis pro at the Arthur Allen Tennis Center, has worked with the center since 2011 to provide programming for the blind and visual impaired in Collier County. The program continues to day at the Arthur Allen Tennis Center.

Initially played on full-size courts and nets, the Naples group is now working with the USTA Florida Foundation, the official giving arm of the USTA Florida Section, to obtain permanent kids-sized nets and adaptive racquets for campers.

“Tennis builds a bridge that gives you the confidence to ask for help and willingly accept it,” Champ said of the assistance she received from Soundball organizers across the globe. “Why would these lovely people would spend hours educating and supporting a stranger from Florida? I can answer that easily — tennis lovers!”

As for the busloads of bustling blind students, Champ says that after “frantic calls back to describe the mayhem” to their mentors, the two women grew in experience and came to see their campers thrive in smaller groups with additional volunteers helping out.

“We actually taught these amazing kids how to play tennis,” Champ said. “We started by rolling the Soundball to each other, eventually progressing to lateral movements following the ball, and finally playing catch with the ball. We integrated racquets and came up with feeding methods to ensure success. The kids never lost their patience, and many could have volley exchanges of upwards of three volleys — it was impressive!”

A USTA League player herself, she says the desired outcomes are the same for both visually-impaired players and sighted.

“The program encourages physical fitness, creates a love for tennis, and inspires confidence,” she says.