USTA Florida’s Tennis Management Division celebrated its two-year operating anniversary in 2019, and in those two years, the Section has learned an incredible amount from the initiative that has helped promote, develop, and grow tennis in Florida. Two new facilities, the Fort Walton Beach Tennis Center and Play Tennis Gainesville, came under the Division’s direction in 2019 joining the already-managed Racquet Club of Cocoa Beach. At each facility, the USTA Florida Tennis Management Division has focused on delivering high-quality tennis programs, teaching professionals and management to the local communities it serves.

Here are some of the 2019 highlights:

“Fort Walton Beach is the reason USTA Florida created our tennis management division,” said Frank Swope, Director of Tennis Management at USTA Florida. “We had been working for almost two years with the City of Fort Walton Beach to make this partnership a reality, and it was exciting to meet the residents and welcome them in.”

More than 250 local tennis players and community supporters attended a grand re-opening festival that featured a ribbon-cutting ceremony along with tennis play for all ages and abilities, pickleball, and various off-court activities under the direction of head pro William McClelland.

The momentum for the Tennis Management Division continued through February in Gainesville, with the reopening of four public tennis facilities under the banner of Play Tennis Gainesville: Northside Park, Joyce Oransky Tennis Center (Westside Park) , T.B. McPherson Park, and Tom Petty Park. In partnership with the City of Gainesville, managing the four facilities presented USTA Florida with a great opportunity to offer community-based tennis programs to grow the game.

Since the grand reopening ten months ago, Head Pro Christopher Champion, a USPTA Elite Professional, has been at the helm working to fulfill the Section’s mission to Promote and Develop Tennis for All.

“We’ve been growing a lot of programs here in Gainesville,” said Champion when asked about the progress at the facilities. “We’ve held family play events, different clinics for the community focused on adults, social play, junior play, adaptive, and wheelchair. We want to make sure we are providing tennis for everybody.”

In October, USTA Florida announced Travis Tressler as its newest tennis instructor to help oversee the growth at Play Tennis Gainesville’s four public tennis sites. Tressler is an accomplished junior competitive player who brought a strong background in coaching to the organization.

“His background in the sport has allowed us to significantly expand our mission to grow tennis and enhance our program, event, and lesson offerings at the four sites of Play Tennis Gainesville,” said Swope. “We look forward to further serving the community with quality programming and training.” 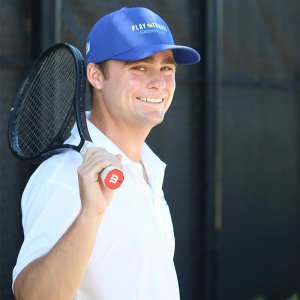 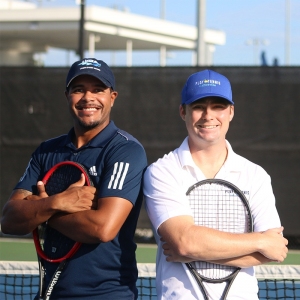 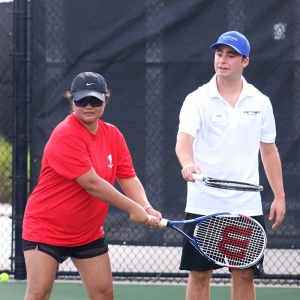 Since coming on board, Tressler has been working closely with Champion to design and deliver innovative programming specifically for the Gainesville tennis and racquet sports community.

“I’m extremely lucky to have the opportunity to work with Play Tennis Gainesville,” said Tressler after his hiring. “I hope to continue the success USTA Florida and Chris Champion have had growing the game in this city, to give everyone who comes out to a Play Tennis Gainesville facility the best experience as possible.”

The only USTA Florida-managed facility not acquired in 2019 is the Racquet Club of Cocoa Beach, which has continued to flourish since its takeover in December 2017. The facility has seen a nearly 50% growth rate since 2018. 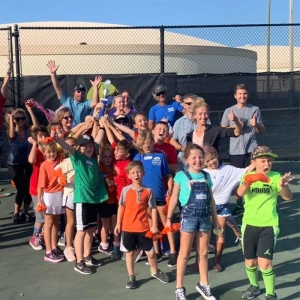 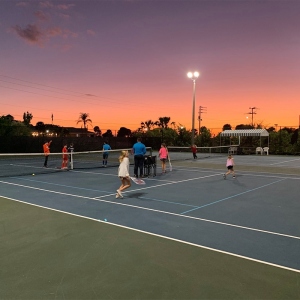 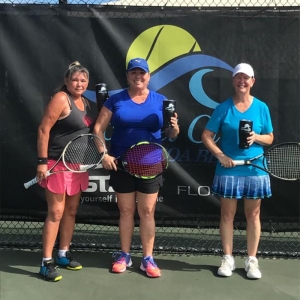 “The growth we’ve had here in phenomenal,” said Head Pro John Sanders. “When we started two years ago, we received a great reception from the public and it has taken off from there. Our junior programs have accelerated quickly, as well as all of our socials, adult events and league participation. It’s been great growth and we’ve been very happy with it.”

All three facilities hosted successful activity-filled summer camps for the children in their surrounding communities in 2019. Play Tennis Gainesville had 322 total registrations for its first year of camps, with several campers participating in multiple weeks of the program. Also in its first year of summer camps, Fort Walton Beach Tennis Center hosted 85 children with around 25 participants per week, with several registering for multiple camps. At the Racquet Club of Cocoa Beach, 209 children participated in the second year of camps, with an average of 45 participants per week for nine weeks.

The fun continues at Summer Camp! Find out more about our Camps and other tennis programs for all ages and skill levels at CocoaBeachRacquetClub.com 🎾💪☀️😎 #cocoabeach #cocoabeachtennis #ustaflorida #netgeneration #summercamp

Posted by Racquet Club of Cocoa Beach on Friday, June 7, 2019

12 children who took part in summer camps at the three USTA Florida-managed facilities were selected to take part in the Net Generation On-Court Experience at the 2019 US Open. Four children from Play Tennis Gainesville and seven from the Racquet Club of Cocoa Beach were given the opportunity to visit New York in August to take part in the special event at the USTA Billie Jean King National Tennis Center, home of the US Open. 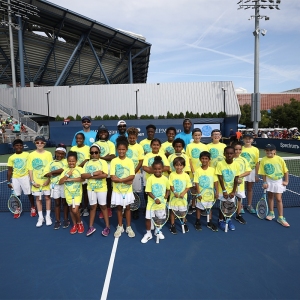 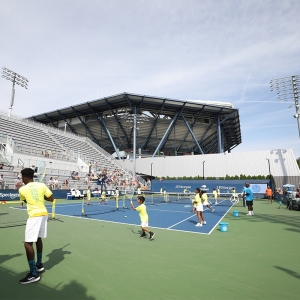 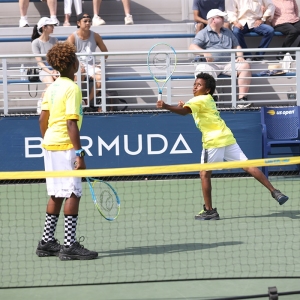 The kids were able to grab a racquet to hit some balls around the court during the once-in-a-lifetime Net Generation event and the on-court demo in front of the crowds allowed them to experience tennis in a whole new environment.

“The Net Generation experience really was a once-in-a-lifetime experience for these kids,” said Sanders. “To be able to be on a US Open court playing is really special, and every child who attended thoroughly enjoyed the opportunity.”

Play Tennis Gainesville, Racquet Club of Cocoa Beach, and the Fort Walton Beach Tennis Center all pride themselves on being pilots for new and future programs. Each facility boasted an array of programs and events for players of all ages and abilities in 2019, even community members who may not have any tennis experience at all. Adult beginner courses like Love to Learn and Love to Play that help to take the obstacles out of learning the game have brought new people into each facility every few weeks because of the number of sessions offered. 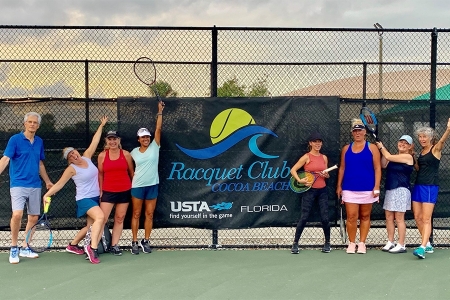 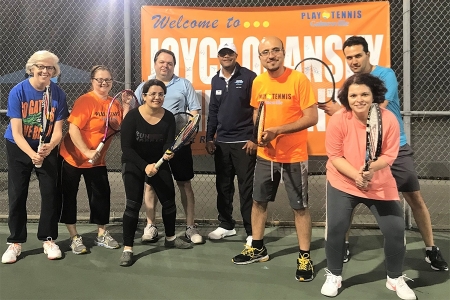 Juniors of all ages and skill levels have had the opportunity to take part in after-school drop-in tennis through Aces in Motion at Play Tennis Gainesville’s TB McPherson Park. The program, part of the Gainesville Area Community Tennis Association (GACTA), not only tries to teach at-risk children the game of tennis, but also aims to reinforce the intangibles of the game.

“Our goal is to promote health, character development, and academic achievement through tennis”, said Addison Staples, Executive Director of Aces in Motion. “We believe all youth deserve a supportive environment with positive adults and peers, especially during pivotal times in their middle and high school years.”

Fort Walton Beach and later Play Tennis Gainesville added homeschool tennis clinics to the schedule line-up as well in 2019. The classes offer a way for homeschool students to connect with other homeschoolers and also the opportunity to have these tennis classes count toward high school PE credit.

Homeschoolers in the house!!!

In 2019, USTA Florida-managed facilities took initiative in expanding social play throughout the state to offer an alternative to players who are more interested in the leisure and social aspects of the game. These social mixers offer not just tennis play but also off-court activities, food, and entertainment.

The Racquet Club of Cocoa Beach held several social play events throughout the year for all ages and abilities. in November adults and juniors were invited to a joint mixer that featured a social round-robin for adults and court games for kids, and most recently in December the facility teamed up with XGLOsive Tennis to present glow-in-the-dark tennis – a high-energy event that blends together the fun, lively atmosphere of a nightclub with the fast-paced workout of cardio tennis, and features games for all ages and levels of play.

We were glowing all night long! Thanks to all of you that came out and thanks to XGLOsive LLC for making the party happen! 🎾💚💫😎

Posted by Racquet Club of Cocoa Beach on Saturday, December 7, 2019

In the panhandle, Fort Walton Beach offered a number of tennis and pickleball-centric social events. From the Dink or Treat Pickleball Halloween Social to the Cinco de Mayo and summer drop-in social events, the biggest social success for the facility has been the monthly Tacos & Tennis mixers. Sponsored by Tijuana Flats, the team-event offers rounds of play along with plenty of tacos for all players involved.

A great turnout of 41 for the September Tacos & Tennis!
Next one is Monday, October 7 so be sure to pre-register! 🌮🎾 pic.twitter.com/qbPjFW2gD4

Those are just some of the highlights.  To review more stories, click on the categories below: