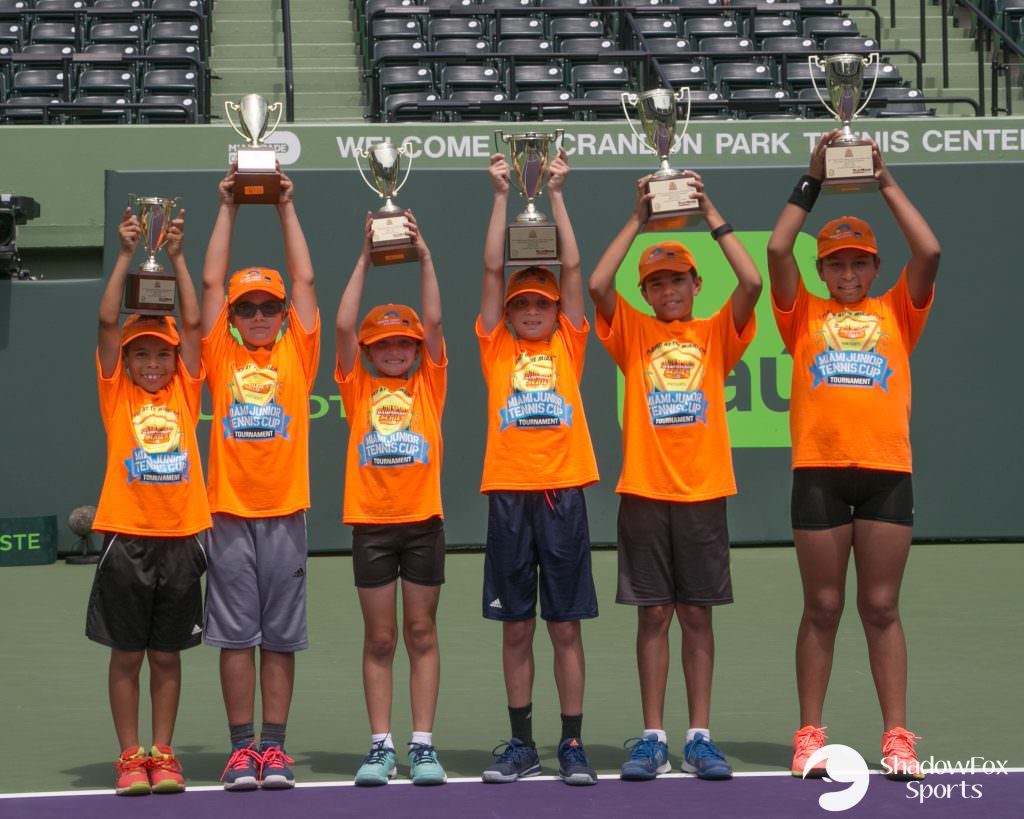 Young tennis players age 8-12 received a chance to see some of their tennis heroes up close last week during the Miami Junior Tennis Cup, played concurrently with the Miami Open at Crandon Park on Key Biscayne.

Players competed using the USTA youth tennis format in 10-under orange ball and 12-under green ball divisions. The first two rounds of the tournament were held at Tamiami Park Tennis Center in Miami, and the semifinals and finals played at Crandon Park before the men’s and women’s finals.

The Miami Junior Tennis Cup is sponsored by the Youth Sports Championship Series, an initiative created by Miami-Dade County Mayor Carlos A. Gimenez that aims to increase participation in youth athletics for kids ages 14 and under.

“The Miami Junior Tennis Cup provides kids who love tennis with an extra incentive to compete and play their very best,” Mayor Gimenez said. “Thanks to Miami-Dade Parks’ long-standing partnership with USTA Florida, youth tennis is flourishing in our community. Through a sport like tennis, kids have fun staying active, improve their self-esteem and important life skills, such as good sportsmanship, fair play and respect for one another.”

It was the fourth year of the event that was initiated by USTA Florida Miami-area Tennis Program Coordinator Cathy Nordlund. For more information on the tennis in the Youth Sports Championship Series go to www.miamidade.gov/youthsports/championship-sports.asp#6.

For more information on junior tennis play opportunities in Florida go to www.ustaflorida.com/youthtennis.