It was a soggy finish to the weekend for Alachua and Brevard counties, who took home titles after an early Sunday morning rain delay at the USTA Florida 40 & Over Men’s 3.5 Women’s 2.5/3.5 Sectional Championships, held Nov. 6-9 at the USTA National Campus.

The weather was quite the challenge on Sunday, resulting in a shortened scoring format and play being spread across two surfaces in an effort to complete all the matches. Champions were crowned in the women’s 2.5 and men’s 3.5 divisions, but semifinal action in the women’s 3.5 was halted due to rain. With more inclement weather scheduled in Monday’s forecast, those matches, along with the championship dual, will be rescheduled for a later date.

Alachua County (Haile Plantation Country Club, Gainesville) was one of two undefeated squads entering the women’s 2.5 competition on Sunday. The women went 5-0 to sweep the competition, winning a total of 12 courts and only giving up three in their five dual matches. Alachua cemented its place at the top of the pack with a critical 3-0 victory against the other team who entered the day without a loss, Marion County (Fort King Tennis Center, Ocala).

Vying for the men’s 3.5 trophy, Brevard County (Kiwi Tennis Club, Indian Harbour Beach) dominated all three courts against Pinellas County (Seminole Lake Family Tennis, Seminole) in the championship dual. Brevard’s Matthew Kerr captured the singles court without surrendering a game, and despite both doubles contests being tight, Brevard triumphed on both courts with a tiebreak.

The competing teams represented various clubs, parks, recreational departments and organizations, and finished at the top of their local leagues during the 2020 season to advance to the USTA Florida 40 & Over Men’s 3.5 Women’s 2.5/3.5 Sectional Championships. 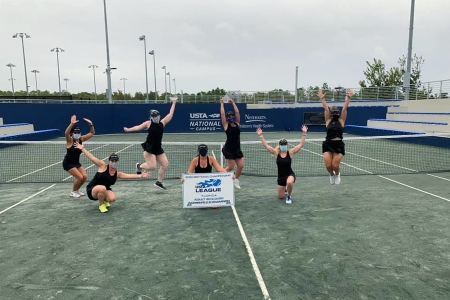 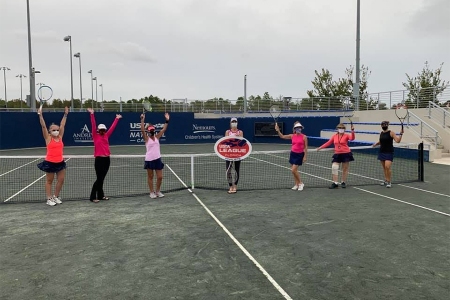 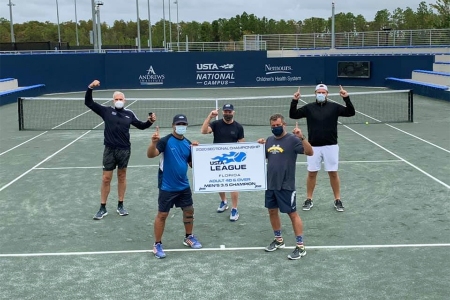 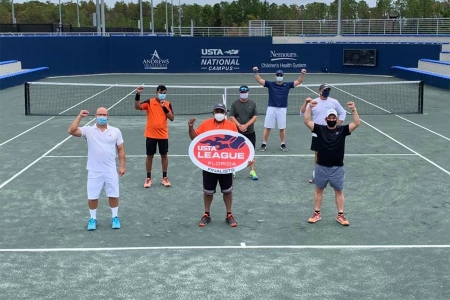 The USTA Florida League Championship Cup is awarded to the county with the most league sectionals titles during the 2020 season (standings through Nov. 10, recent winners in bold):