In celebration of Women’s History Month, throughout March USTA Florida is celebrating all the women whose passion and presence continue to fuel the growth and success of tennis — at every level. We’re committed to supporting, elevating and attracting diverse women to all aspects of the tennis industry in Florida.

A dynamic duo, Ann “Peg” Perez and Kathy Reinmund are two of the co-founders of the Delray Beach Youth Tennis Foundation, an NJTL Chapter based in Delray Beach with a mission to enhance the lives of underserved youth through tennis, academic support and life skills. Since its inception in 2015, the Foundation has reached over 1,000 youth in Delay Beach with the program growing year after year to make a bigger impact on the surrounding community. Perez and Reinmund have been involved in tennis for most of their lives and together, their passion for helping kids and finding new ways to develop and expand their current program is admirable for the entire tennis ecosystem. 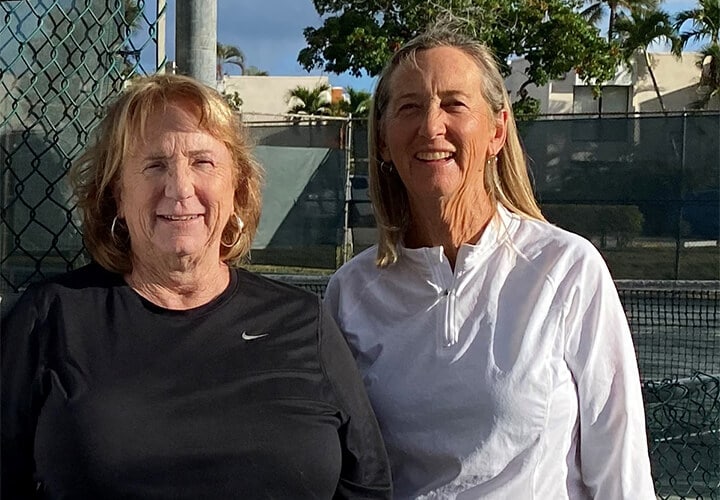 When did you first pick up a racquet and how did you get your start in the sport?

Kathy: I was about 5 or 6. I learned to play tennis with my parents, who were avid tennis players. I played on club tennis teams in the summer.

Peg: I began playing tennis around the age of 6 and started in a junior tennis program at our club. Tennis became a family activity with both my parents and sister.

You are two of the Co-Founders of the Delray Beach Youth Tennis Foundation. When and why did you decide to create the DBYTF, and can you share some of the history behind it?

Peg: I began volunteering at an NJTL chapter, Norwalk Grassroots, in Connecticut starting in 2002. As I became more involved with Norwalk Grassroots, I was elected to the Board of Directors and when my term was over I began working as the Program Manager. I worked closely with the City of Norwalk, the Executive Director, Director of Tennis, and their fundraising committee.

When I moved to Florida, I began working with the Palm Beach Patrons as the Program Manager. That involved working with seven existing after-school programs, the Sheriff’s Department, and serving on the fundraising committee. Having seen the positive impact that NJTL chapters have throughout the country, we felt, as did other motivated tennis enthusiasts, that there was a need in Delray.

Kathy: In 2015, the Delray Beach Youth Tennis Foundation became an NJTL chapter. We started working with elementary children two days a week for two hours. The students would get one hour of academic and life skills instruction, and the other hour would be tennis instructions. 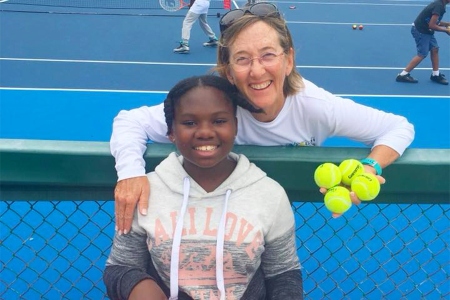 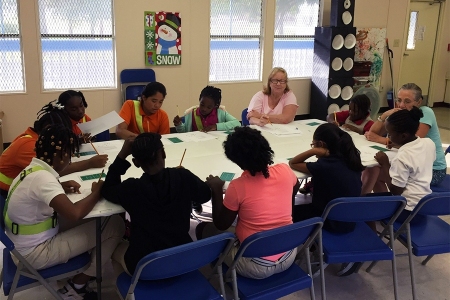 Can you talk a bit about what the Delray Beach Youth Tennis Foundation provides to the community?

Peg: We provide an education, tennis, and life skills program to the under-resourced children in our community through social, academic and athletic activities. Our curriculum offers a supervised program that works in conjunction with the USTA’s mission.

Kathy: We offer a supervised after-school environment that encourages academic achievement, social and emotional development, and health and wellness of children and learning the game of tennis. Our program carries out the mission of the NJTL Chapter of the USTA Foundation which is to combine academics and tennis to change the trajectory of a child. This curriculum offers activities designed to encourage educational processes that include decision-making, problem-solving, and working together toward a common goal.

What was the moment you realized how much of an impact the foundation has on the local community?

Peg: One child began with us five years ago, who was not athletic. She was uncomfortable playing sports but today, she is truly one of our strongest and most committed players. She always supports the new children who join us – helping give them the confidence to keep trying. As a two-time winner of the National Essay Contest, her academics continue to improve and her dream is to become a pediatrician.

Kathy: I feel we are still a small part of the community, however, just recently we received the Yellow Tennis Ball Tribute Award at the 2022 Delray Beach Open. In conjunction with USTA Florida, we held an open clinic to introduce new, interested children to our program. Since we are the only NJTL program in the area, we are receiving interest from adults who would like to get involved with our program by volunteering, and we’re also now receiving inquiries about our program through word of mouth.

Kathy, you’ve served the Foundation in numerous roles throughout the years, including as a program director and a coach. What has been the most rewarding part of serving in those different positions?

Kathy: Seeing a child smile – either from hitting their first shot over the net, playing in their first tournament and winning their age group, or telling 3 boys they have been selected as the Florida sectional winners of the National Essay Contest.

A similar question for you, Peg. As the Executive Director of the DBYTF, what do you find to be the most rewarding?

Peg: Of course, the children. Their excitement on the court and showing us the improvement they have made. When they win a trophy, when they play with the Officers from Delray Beach… all of that is why I do what I do. 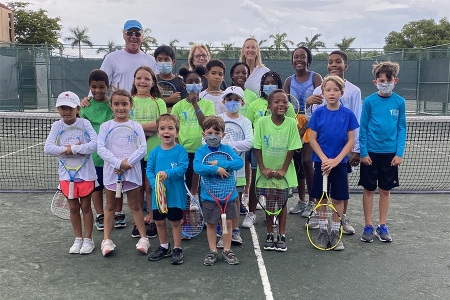 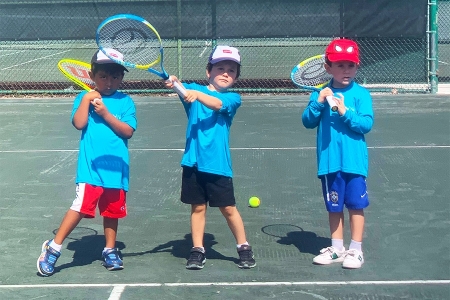 The DBYTF is a member of the USTA Foundation’s National Junior Tennis and Learning (NJTL) Network. When was DBYTF officially recognized as an NJTL and how did it feel to achieve that status? What did that mean to you?

Peg: We were recognized as an NJTL chapter in 2015 and knew by becoming a member, we would received the knowledge and support needed to become a strong and viable chapter. After a couple of years, we were offered the opportunity to become a Capacity Building Member of the USTA Foundation. This was a three-year program offering many webinars, conferences, and support to strengthen our organization.

As a female leader in your local community, why do you believe it is important to recruit more women in positions of leadership in the tennis industry?

Kathy: I don’t see myself as a leader in our community, however, it is more important for me to instill in the young girls in our program the self-esteem and confidence they need to find themselves to strive to be their best at anything.

What do you think we as an industry can do to bring more women into those roles?

Kathy: I feel that tennis has been a great venue for women to succeed. We not only talk about those players who broke through the color barriers but also those women who have succeeded in the game of tennis.

Peg: I am seeing an increase of women in key tennis roles. We as leaders need to encourage women to get involved. If the passion is there – there is nothing to stop them from becoming a role model in this field. 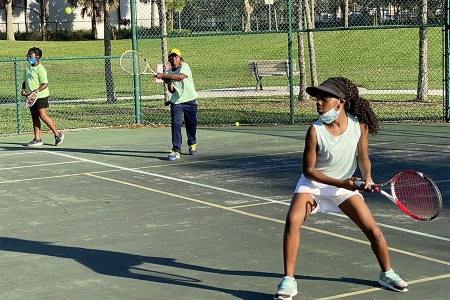 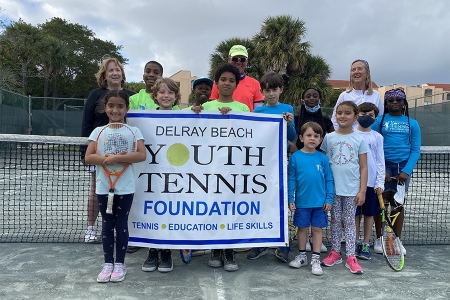 What advice would you give to other women who may be hesitant to take the leap to a higher-level position?

Peg: Get involved in a local chapter – see what is expected of you and if you love it then take the leap. The children in our country need support in so many ways.

Kathy: If you have the heart and conviction to take that leap, then you should take it. We talk about Arthur Ashe and what his dreams were for children and how he used tennis to instruct what life skills are. Arthur Ashe once said: “Success is a journey, not a destination. The doing is often more important than the outcome”. We want all of our students, not just the girls, to understand that what is important is trying to succeed.

For more inspiring features on women in Florida tennis, click here, and be sure to follow @ustaflorida on social media throughout the month of March.