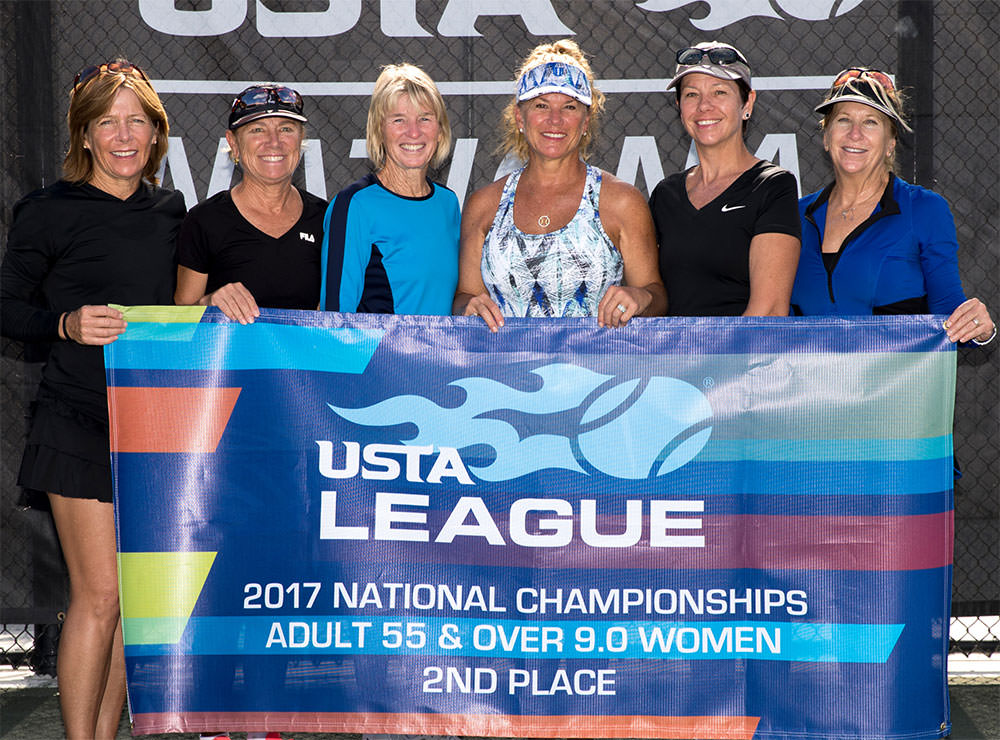 The women’s 55 & Over 9.0 team from Winter Park narrowly finished runner-up over the weekend at the USTA League 55 & Over National Championships, held Nov. 17-19, 2017 at the USTA National Campus in Orlando.

In the final the Winter Park women, who play out of the Azalea Lane Tennis Center, fell to USTA Middle States (Newton Square, Pa.) 2-1. Earlier in the day the Winter Park team defeated a team from Rancho Santa Fe, Calif., 2-1 in the semifinals. They advanced to the semis by winning their round-robin flight contested Friday and Saturday.

In May the Winter Park women booked their ticket to nationals by sweeping to the USTA Florida Sectionals title without dropping a match.