Winners Crowned Despite Soaker at USTA Florida 18 & Over 2.5W/4.0 Sectionals

Singles proved to be a shaky spot for Alachua, losing the lone singles court to Orange/Seminole/Lake, but made up for the deficit with a 6-4, 6-4 victory from Naomi Edmunds and Jamie Gilliam on the second doubles court. A decisive match tiebreak decided the first doubles spot as Alachua’s Hebah Fox and Elizabeth Howell bounced back to clinch a 6-2, 3-6, 1-0 win to take home the crown.

Dominating the men’s 4.0 competition were the squads from Hillsborough (HCC Tennis Complex, Tampa) and Broward (Lauderdale Tennis Club, Fort Lauderdale), the undeniable standouts from the 14-team division. Both emerged from the round-robin portion of the event with a perfect 4-0 record while only dropping two sets. In the semifinals, defending division champion Hillsborough conquered all five courts against Collier County (Arthur Allen Tennis Center, Naples) and Broward ousted Escambia’s squad (Roger Scott Tennis Center, Pensacola) by picking up four of the five courts.

Broward brought the pressure in the championship dual, as Eliu Montero and David Chen captured both singles courts in match tiebreaks. However, it wasn’t enough to overcome Hillsborough’s dominant doubles play. Daniel Zantedeschi and Aditya Deshpande took line one 6-4, 6-2 while Kyle Madill and Enrique Escobar cleaned up on court three 6-3, 6-1. The duo of Jean-Claude Dallies and Joshua Luo rallied at line two to seal the deal with a 5-7, 6-1, 1-0 victory over Broward, keeping the 4.0 men’s title in Hillsborough’s possession.

In the head-to-head battle between Alachua and Duval for the women’s 4.0 crown, all but one of the contests were decided in straight sets. In doubles action, Alachua’s Tainana Meridez and Alison Sagas took the top spot 6-3, 7-6 while courts two and three were won by Duval with respective 6-3, 6-2 and 6-2, 6-4 scores. On the first singles court, Alachua’s Katherine Evans breezed to a 6-2, 6-1 result. However, all eyes were on the extended match between Duval’s Gina Carman and Alachua’s Olivia Wallman, where ultimately, Carman would log a thrilling 4-6, 6-4, 1-0 comeback to seize the crown for Duval.

The competing teams represented various clubs, parks, recreational departments and organizations, and finished at the top of their local leagues during the 2021 season to advance to the USTA Florida Adult 18 & Over 2.5/4.0 Sectional Championships. 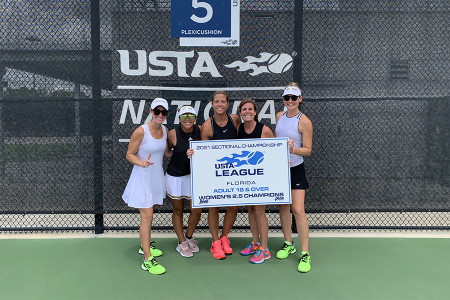 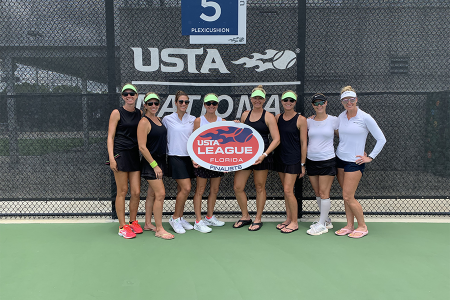 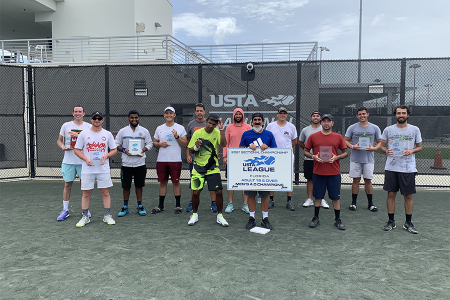 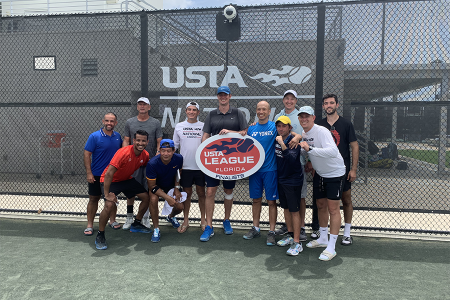 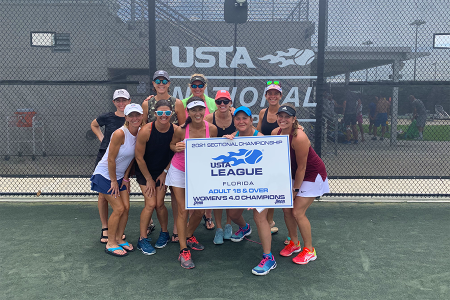 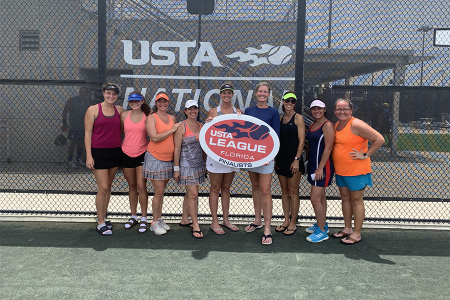 The USTA Florida League Championship Cup is awarded to the county with the most league sectionals titles during the 2021 season (standings through August 17, recent winners in bold):