Rain on the final Sunday resulted in four of the five finals played indoors at the Scott Speicher Tennis Center.

Winners of the USTA Florida Section event now advance to the national tournament, where the winners in men’s and women’s singles, men’s and women’s doubles, and mixed doubles will earn spots in either the main draw or qualifying for the upcoming 2016 US Open. 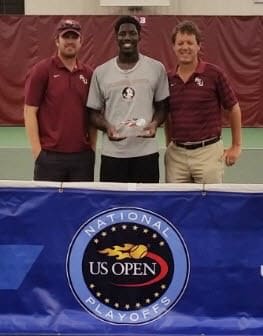 The 6-foot-4 Whitehurst followed his twin brother, Terrell, who last year claimed the men’s singles title and advanced to the national playoffs and a chance for a spot in the US Open qualifying draw.

“I was very impressed with Terrance this week,” FSU head coach Dwayne Hultquist said. “He was aggressive, his backhand and forehand were strong, and he dominated play. He hit great passing shots and forced errors from the baseline.”

He dropped his only set of the tournament in the quarterfinals against FSU teammate Jake Albo 3-6, 6-1, 6-4. He and brother Terrell were ranked this fall in doubles by the NCAA for the first time. Janglin is a 19-year-old Swede who plays for Texas A&M. 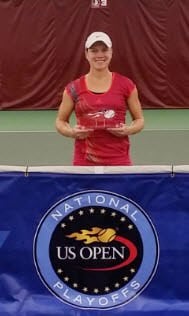 Currently ranked No. 502 on the WTA tour rankings, the 26-year-old Weinhold stopped last year’s champion Noi, a recent FSU graduate, in the final. 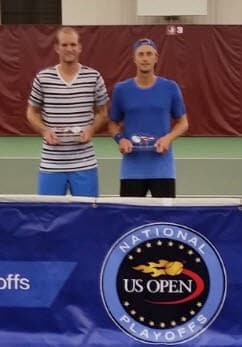 Canadian ATP World Tour regulars Phillip Bester and Peter Polansky will advance to the US Open National Playoffs event for their shot at a wild card into the US Open men’s doubles after not dropping a set throughout the Florida Section tournament.

Bester and Polansky, both 27 years old, in February won the Morleos Challenger doubles title in Mexico. Bester competed in Davis Cup play for Canada earlier this year against France in the first round, teaming with countryman Vasek Pospisil. Both players will be attempting to make their debuts in the US Open doubles draw.

The runner-up Brown is a rising senior at the University of Louisville, and Tyree is the head tennis professional at Stone Creek Club and Spa in Covington, La. 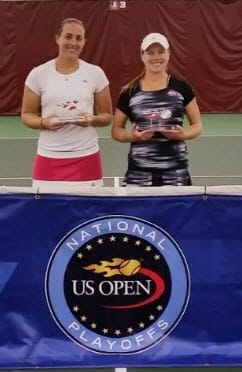 Weingold won her second title of the tournament with 28-year-old Caitlin Whoriskey, who was a three-time All-American at the University of Tennessee, and finished runner-up in doubles at the 2010 NCAA Women’s Tennis Championship.

Whorisky is 10-8 career in doubles at USTA Pro Circuit events, this year finishing runner-up twice in April at Pelham, Ala. (w/Sophie Chang, losing to fellow Americans Asia Muhammad/Taylor Townsend in the final) and at Dothan, Ala. (w/Keri Wong, again losing to Muhammad/Townsend).

Runner-up Garcia is a high school sophomore, and Steenkamp is a former player at Weber State and currently a tennis professional at Stone Creek Club and Spa in Covington, La. 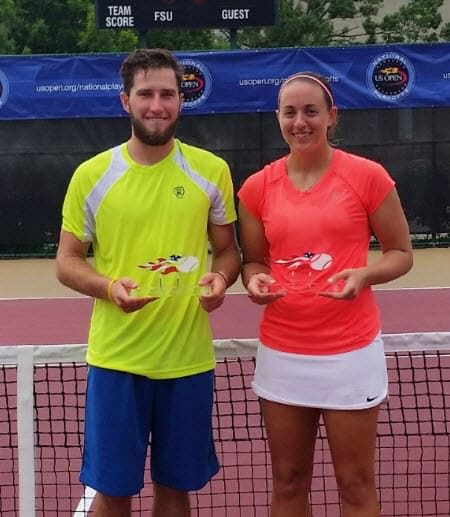 Whorisky claimed a second title of the tournament with Georgia’s Hunter Reese, who last year won the US Open National Playoffs Mid-Atlantic Section men’s doubles title with Mikelis Libietis, continuing their success from 2014 when they won the NCAA doubles championship title for the University of Tennessee. Reese that year received a wild card into the doubles main draw at the US Open as the NCAA winner.

Reese/Libietas also won the USTA Pro Circuit Knoxville Challenger in 2014. Whoriskey won the 2014 US Open National Playoffs women’s singles title to earn a wild card into US Open qualifying, where she won her first-round match.

The US Open remains the only of the four Grand Slam tennis tournaments to offer the opportunity for any player to qualify.