After a spring and summer full of cancellations due to COVID-19, USTA Florida is thrilled to say USTA League tennis is back!

17 teams and around 150 players made their way to Orlando to represent their counties in the Mixed 40 & Over 6.0/8.0 Sectional Championships, held Sept. 19-21 at the USTA National Campus. With the safety and well-being of all players and event personnel as the first and foremost consideration of USTA Florida, the event was modified for safety and strictly followed USTA Florida’s league guidelines, National Campus guidelines, and local health and safety regulations. Besides masking up and practicing social distancing, Captains submitted match information via their phones as USTA Florida utilized a Virtual Tournament Desk as a new and safer way to deliver these tournaments.

We're mixin' & maskin' it at the USTA National Campus! 17 teams and around 150 players are competing throughout the…

The competing teams represented various clubs, parks, recreational departments and organizations, and finished at the top of their local leagues during the 2020 season to advance to the USTA Florida Mixed 40 & Over 6.0/8.0 Sectional Championships. 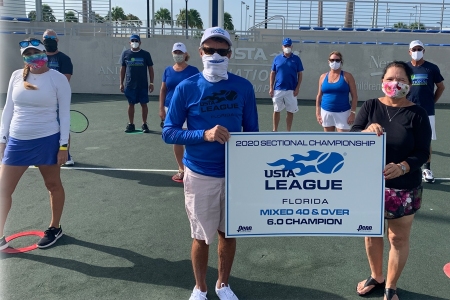 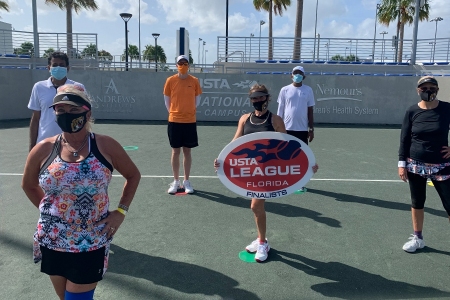 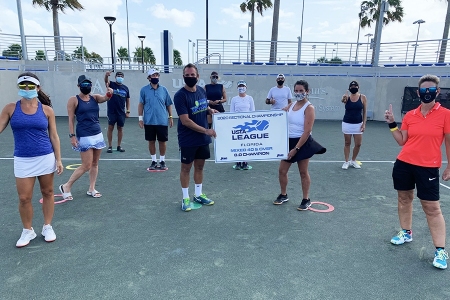 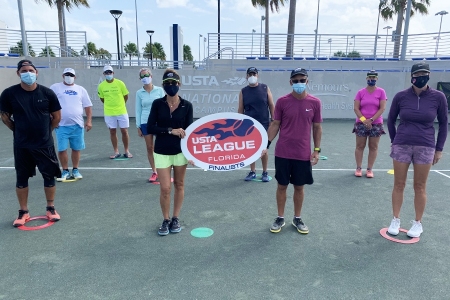 The USTA Florida League Championship Cup is awarded to the county with the most league sectionals titles during the 2020 season (standings through Sept. 22):