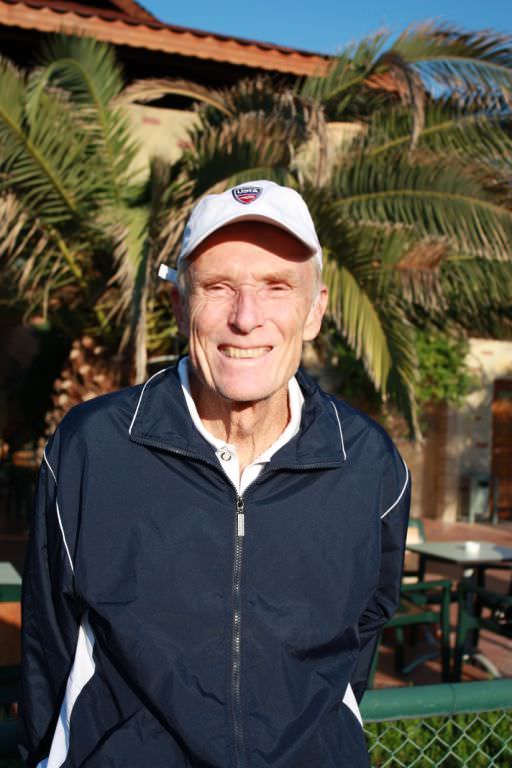 King van Nostrand of Vero Beach, Fla., won the Men’s 80 singles, and teamed with Australian Peter Froelich to win their fifth world title as a team in doubles at the ITF Super-Seniors World Individual Championships, which wrapped up Sept. 24, 2016 in Umag, Croatia.

In the doubles final the pair topped Brits Tony McBride and Donald Shears 6-4, 6-2.

The Men’s 80 doubles title was the seventh overall for Van Nostrand at the Super-Senior World Individual Championships, which along with the team championships is the most prestigious competition on the ITF Seniors circuit.

The 82-year-old Van Nostrand the next day was awarded the Men’s 80s singles title when Froelich was unable to play the final due to injury.

“Seriously, King held us together today and I managed to poke a few back,” said Froelich after the doubles final, suffering from hip pain after an operation last year to replace three spinal discs in his lower back.

The week prior, Van Nostrand and Gordon Hames (Naples) were part of the American team that led the U.S. Gardnar Mulloy Cup team (Men’s 80 & Over) that defeated Australia 2-1 in the championship final.

For complete draws, scores and more go to www.itftennis.com/seniors/tournaments/tournament/info.aspx?tournamentid=1100035782.