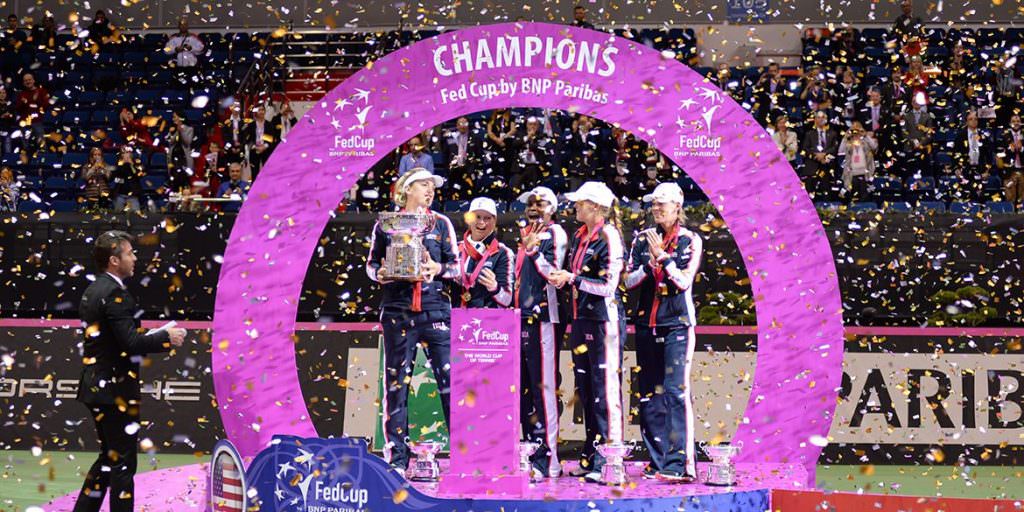 World No. 10-ranked CoCo Vandeweghe won all three of her matches over the weekend, on Sunday defeating Belarus No. 1 Aryna Sabalenka 7-6(5), 6-1, then winning the doubles 6-3, 7-6(3) over Sabalenka and Aliaksandra Sasnovich with American partner Shelby Rogers.

“Today was a lot of work and a lot of dedication to the Fed Cup in each and every round,” Vandeweghe said. “I dedicate my time and energy through my season to be able to perform the best I could for Team USA.”

Vandeweghe became the first American since the World Group format was instituted in 1995 to win all six Fed Cup singles matches in one year. US Open champion and world No. 13 Sloane Stephens struggled in two tight singles matches over the weekend, losing Saturday and then on Sunday 8-6 in the fifth set.

“It’s unbelievable,” Rinaldi said. “What an amazing effort by all four players this week. It’s been incredible, the atmosphere is something special. It’s a day we’ll never forget.”

Next year the U.S. will begin its campaign for back-to-back titles on Feb. 10-11, 2018, when it hosts the Netherlands in the first round at a site to be determined. The U.S. last won back-to-back titles in 1999-2000 behind an all-star roster including Serena and Venus Williams, Lindsay Davenport, Monica Seles, Jennifer Capriati and Lisa Raymond.

To read more go to www.usta.com/news.