UTR Coming to USTA Florida in 2018 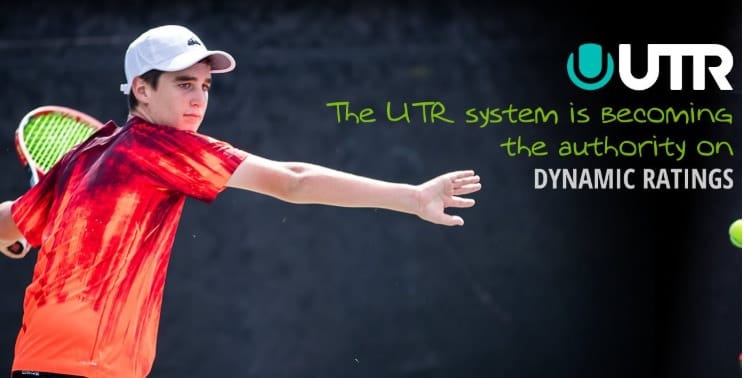 Universal Tennis Ratings (UTR) will be piloted at approximately 20 USTA Florida sanctioned Level 6-7 junior tournaments in the second half of 2018, and in June will be used for seedings (but not for tournament entry) at the prestigious Level 3 USTA Florida “Bobby Curtis” Junior State Singles Championships.

The junior pilot UTR tournaments will concurrently be sanctioned for USTA rankings points.

“USTA Florida is aiming to change the culture by improving the local competitive experience of our young players,” says USTA Florida Director of Competitive Tennis Jason Gilbert. “The use of ratings helps us to ensure more equitable matchups and minimize the number of non-competitive matches.

“If players have better and closer matches as they are starting out, and experience a minimal number of blowouts, then hopefully increased participation will result. Players need level-appropriate matches and positive competitive experiences to keep them engaged in our sport for a lifetime.”

UTR pulls in more match data than any other ratings tool to provide a universal scale for tennis players. Local players can compare their ratings to top juniors, adults, and even ATP and WTA professionals. The pilot program will better allow players to identify their level and to play in level-appropriate competitions. It will also allow players to maximize their number of competitive matches, and help junior players better understand their potential prospects for playing college tennis.

“In the latter half of 2018, at the pilot Level 6-7 tournaments, players will be grouped by their UTR rating to compete,” Gilbert said. “USTA Florida is in the process of selecting the best tournament directors in areas throughout the section to run these pilot tournaments.”

UTR is an algorithmic-based ratings scale that includes a player’s last 30 matches, or 12 months of play. Only singles matches are used to calculate a player’s UTR. The rating considers the level of both opponents, as well as the score of the match. All juniors or adult players who have played in a sanctioned USTA event will have generated a UTR. Ratings are generated weekly, but can fluctuate daily as players remain “mathematically connected” to players they have competed against, and to common opponents.

To learn more about UTR go to https://myutr.com.

For questions regarding UTR and USTA Florida tournaments contact Ann Brown at brown@ustaflorida.com.