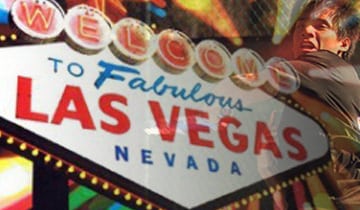 The Road to Vegas for top-level league players in Florida is now “Open” for 2017.

Open-level Florida men’s and women’s teams have a one-time opportunity, without playing a local league, to compete at the 2017 USTA Florida League “Road to Vegas” Open Sectional Championships on May 27-28 at the Florida Tennis Center in Daytona Beach.

The men’s and women’s winning teams will then receive a $500 team entry stipend to represent the USTA Florida Section at the 2017 USTA National Open League Championships in Las Vegas, Nev., on Sept. 15-17 at the Darling Tennis Center.

“Enjoy a weekend in Daytona Beach with your tennis buddies for some competitive team tennis,” says Tournament Director Rick Workman. “Winners earn the opportunity to represent Florida at the national team championships.”

Registration is now open, with a deadline of May 15 for team commitments. Players must be 18 years or older to compete. Players must have current USTA membership. The play format will be round robin flights with possible flight winner playoffs depending on the number of teams entered in each division.

Regular scoring will be played in the first two sets, with a match tiebreak (first to 10 points) in lieu of a third set. Each team plays a minimum of three matches. Players do not need USTA membership to compete in Daytona, but will if they advance to the national championship in Las Vegas.

To register go to https://goo.gl/bHNV4J or for questions contact Rick Workman at rick1workman@gmail.com.