Susan Navarro from the Florida women’s 55 & Over 3.5 sectionals championship team is blogging this weekend from the USTA League 55 & Over National Championships at the USTA National Campus in Orlando: 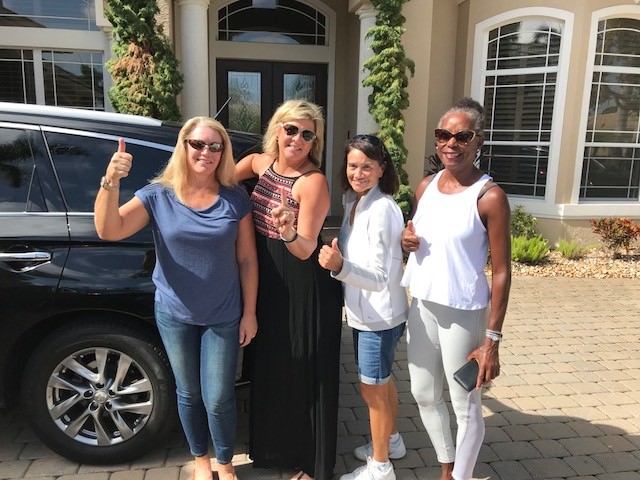 Here are a few members of TEAM FLORIDA, shown here ready to make the long 3-hour journey from Naples to Orlando to compete at nationals for the 3.5 55 & Over league. There are 10 of us in total, so it took 3 cars (one a Tesla), which had to stop for recharging on the way up (we are trying to go green, Lol).

After an early-morning practice in Naples, we all rushed home to get ready for our drive. A few of our dedicated players drove directly to the USTA National Campus instead of checking into the hotel as they were so excited to check out where they would be playing.

We all met up at the hotel and headed over to the facility to check out the national merchandise hoping to be able to snag a few momentous of our weekend, but we were disappointed to find that there was not much available (our event is the last one to be held for 2017). We were told that more merchandise would arrive tomorrow. Got to get that nationals hat! 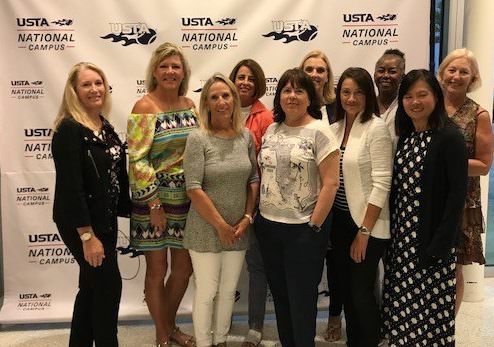 While registering my team, we met players from Texas, NH and NY. Everyone is excited to be here! After collecting our swag, off to the Player Party. It was very crowded so we ended up sitting in one of the conference rooms eating catfish nuggets, a strange choice of an appetizer. The event was fun, but a far cry from the sit-down dinner dance that was held for my nationals back in 2012. 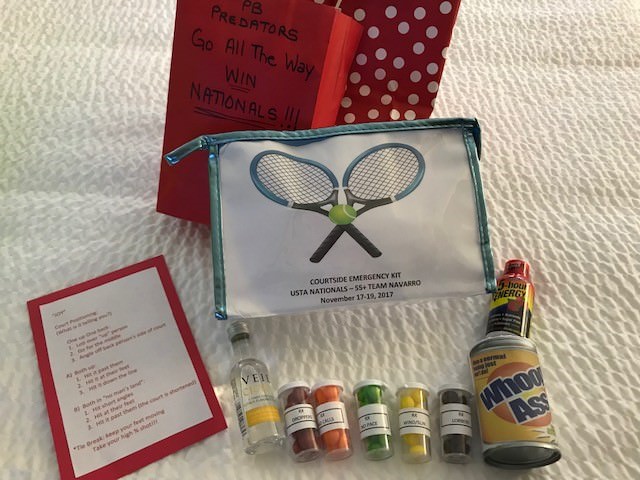 Back in the hotel, we all met up in one of the hotel rooms to discuss the line-up for the first match. We were surprised by “goodie bags” that a few of the players had put together for us!

Wish us luck tomorrow! It will be a beautiful day to play tennis, 75 and sunny!

More to come tomorrow from Susanne Navarro, captain of the Florida 3.5 55 & Over team……