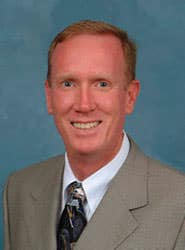 USTA Florida is proud to announce that Frank Swope has been named director of tennis management. He will lead the new division aimed at partnering with municipalities to manage and improve public tennis facilities across the state.

Swope brings more than 30 years experience as a United States Professional Tennis Association (USPTA) professional and facility manager/director to the new position. He most recently served as the director of tennis operations for the five-star BallenIsles Country Club in Palm Beach Gardens.

“Frank’s experience in all aspects of facility management, along with his professional background and genuine love of tennis, make him an excellent choice for this position,” said Robert Hollis, USTA Florida president.  “He has spent his entire career in Florida, and he has a fundamental understanding of our mission and what it takes to grow tennis at the grassroots level.”

Prior to joining BallenIsles in 2010, Swope served as the director of tennis at The Club at Mediterra in Naples, Fla., for five years. At both BallenIsles and Mediterra, Swope recruited, hired, trained and managed all tennis staff and oversaw large pro shop operations and all tennis programs. From 1994-2005, Swope served as director of tennis for Indian Spring Country Club in Boynton Beach. He previously held management and teaching roles at Bardmoor Tennis and Fitness Club in Largo and the St. Augustine Beach and Tennis Club.

“I am very pleased and excited to have the opportunity to work for the USTA Florida Section in a capacity that enables me to grow the game, enhance public programs and facilities, and contribute to the sport I love and have been a part of for many years,” Swope said. “The new Tennis Management Division can really make a difference.”

In addition to his professional background, Swope has been very involved with both the USPTA and USTA Florida for more than 30 years. He has been a USPTA-certified teaching professional since 1978. Swope also has been active on the USPTA board, and served as both treasurer (1997-2001) and president (2002-2003) of the USPTA Florida Division.

An avid tennis player, Swope has held a Top 5 USPTA national ranking frequently since 1986. He was named the USPTA and USPTA Florida Player of the Year in 1998. He was a highly-competitive collegiate tennis player at the University of Tampa, where he received a Bachelor of Arts degree in History.

The Tennis Management Division will operate out of USTA Florida’s new headquarters, adjacent to the USTA National Campus in Orlando. Swope’s first day at USTA Florida will be Nov. 7, 2017. He can be reached at swope@ustaflorida.com.

Director of Marketing, Membership and Sponsorship at USTA Florida, life-long softball player and lover of all things sports.