USTA Florida President’s Message: The Importance Behind Playing as a Family 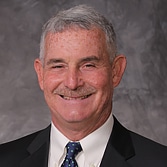 Family Play is one of USTA Florida’s big initiatives in our effort to Promote and Develop Tennis for All. A large part of the reason why we believe Family Play is important is because it is typically the way that we got started playing tennis in the first place. Most of those who play do so because someone else in their family plays (or played). That is exactly how I started playing the game many years ago.

My father and his brother grew up playing on a court in rural west Tennessee. They both played into their 80’s and passed their passion for the game to a spouse and their three children. My constant interest in the game did not begin until I had given up another competitive sport, swimming. While I had hit with my father during my grade school years (or against the garage door), I knew almost enough to keep score and which side of the court I needed to stand on at the beginning of the points.  When I went to college, he let me take a basket of balls and an old aluminum racket with me. I hit on an outdoor racquetball court in my first semester at school and managed to find a few people who were willing to play on a court with me. As I improved, I was able to find a number of people to play with, some of whom I still play against today. But my fondest memories (and the greatest improvement in my game) are from playing with my dad during breaks from school.  During the winter break our rule was we would play (outdoor court was the only thing available) if the temperature was above 32 degrees.  During the summers we would play every weeknight (to which my mother would grudgingly attest were she still around to do so) for a couple of hours after work, at least until it got too dark to play. On the weekends we would get my uncle and some of the other old guys to play doubles. My Dad and I developed a much stronger bond by playing together during those breaks, one that is still strong today. I will admit that one of the worst days of my life was the first time I beat him… If it had not been for his interest and encouragement, I would not still be hacking around on the court today, 40+ years later. There are numerous small tennis stories within our families about which we reminisce whenever we get together. Tennis has been something that we all have in common and brings us together despite the distance and time that separate us today.

Perhaps you have your own story of playing with your family. Please feel free to share them with me at higgs@ustaflorida.com. You can also see more about ways that we are trying to emphasize Family Play in the USTA Florida insert in the May/June issue of Tennis Magazine. Subject to a resumption of play and programming, when you are able to go out to your club or public park I hope you will see similar experiences happening frequently. Moms and dads with kids in tow; with the kids going to group or individual lessons, a team challenge or JTT match; mom or dad going to play a League match or a club ladder match. Since most of us got started playing through a connection with other family members, we hope that promoting play amongst families will help to revitalize the game we all love. It is, after all, the game of a lifetime.  For more information on these opportunities please go to www.ustaflorida.com/in-the-community. In the meantime, be safe, be diligent, stay healthy and I will look forward to seeing you “on the courts” with your family.