USTA Florida is proud to announce the winners of the 2021 Summer/Fall Local Awards. The USTA Florida Awards Committee recognized eight members of the Florida tennis community for their outstanding drive, commitment, and contributions to the sport. 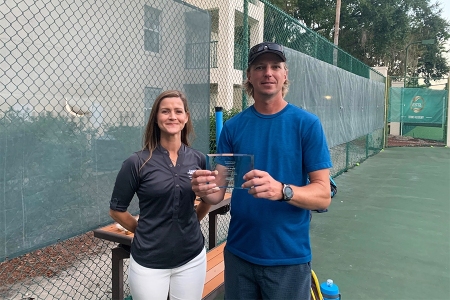 The Director of Tennis at Star Island Resort in Orlando, Kevin Brandt is a PTR and USPTA Elite Professional who is additionally certified in high-performance and wheelchair tennis. A USTA Certified Tournament Director, Brandt is known for his fantastic track record hosting junior tournaments, especially in the Jr. Circuit (red/orange/green ball) space. He is regarded for creating a great environment for players and parents, for having clear communication, and is considered a tremendous resource for offering consistent quality events.

Joe D’Aleo, the Tennis Director at TOPS’L Beach & Racquet Resort in Destin, is a jack-of-all-trades when it comes to Florida tennis. Starting as an Assistant Pro in 1995, D’Aleo has been on the TOPS’L staff since 1995 and took over as the Director of Tennis in 2008. He is a certified USPTA Elite Professional and his passion and devotion to the game have led to an accomplished career as a player, coach, and tennis teacher. D’Aleo also serves as the President of USPTA Florida.

An experienced Tournament Director, in April 2021 D’Aleo hosted the 38th Annual Helen Drake Memorial Tournament. The tournament typically attracts over 300 players, with the largest draw being 389 players, competing in various divisions for state and national ranking points. It is one of the largest Adult Tournaments in Florida, with players coming from Florida as well as many southeastern states. D’Aleo’s easy-going personality and enthusiasm for tennis encourages players to return year after year for this tournament. He goes the extra mile to provide a great atmosphere for players and to ensure they have a wonderful experience overall. 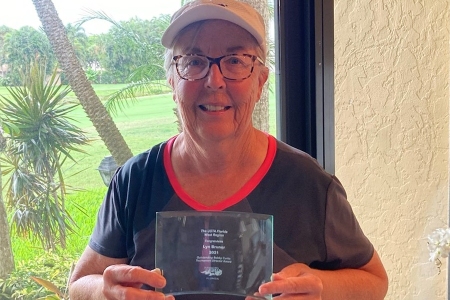 A tournament director extraordinaire in Fort Myers, Lyn Bruner is the Executive Director of the Lee County Communication Tennis Association (LCCTA) working to promote the growth of tennis in the county. Known for her meticulous preparation and fantastic communication skills, Bruner focuses on consistency when it comes to running a solid and successful junior tournament. You’re most likely to find Bruner at Barbara Manzo Tennis Center at Three Oaks Park or at Rutenberg Park in Fort Myers. 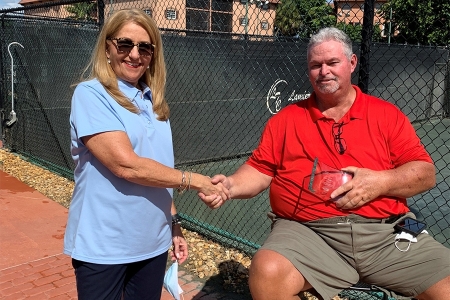 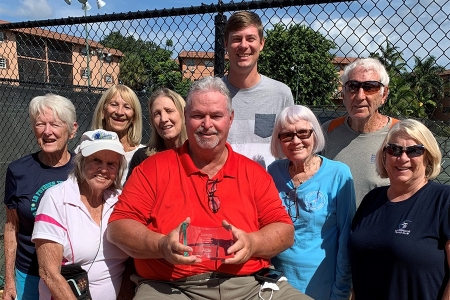 A staple in the Fort Lauderdale tennis community, Frank Hughes has been a Tournament Director for more than 25 years, focusing on the adult tournament space at the Lauderdale Tennis Club. This past May, Hughes and the Club stepped in to run the Girls’ 12 National Clay Court Championships when the Polo Club of Boca Raton was unable to fulfill its sanction. Hughes, who uses TDM for adult tournaments, quickly learned how to use Serve Tennis in a short amount of time to prepare for the launch of the tournament registration. He also learned how to run a compass draw and scheduled all 64 matches across four days. Hughes worked countless hours to prepare and execute this tournament successfully, unwilling to let the players down. 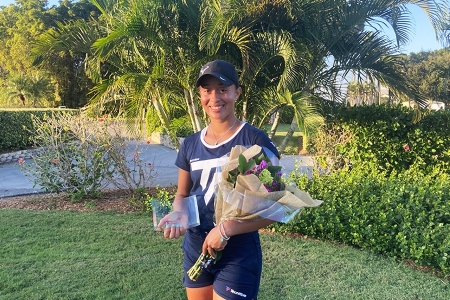 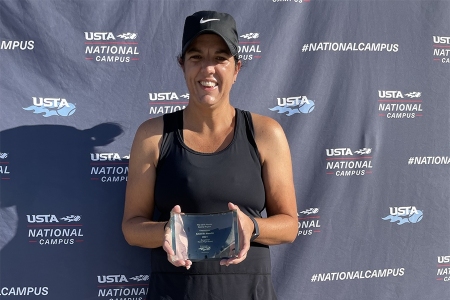 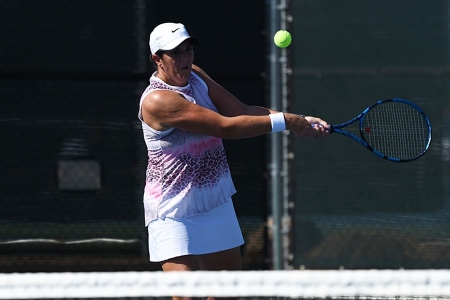 Amanda Barritt began her tennis journey in her early 30s after an injury sidelined her from playing soccer, the sport she had been dedicated to since college. Now, Barritt is a seasoned USTA league captain where her attention to detail, organization and open channels of communication with players and league coordinators do not go unnoticed.

“Amanda is my model captain,” shared Christine Godek, USTA Florida Adult Local Play Coordinator for the Orlando area. “She is kind, considerate, fair and always demonstrates great sportsmanship when out on the court.”

Barritt is an avid promoter of USTA League tennis and encourages others to get involved and develop a love for the sport. She has captained almost every league offered in 2020/2021 and has sent multiple teams to Sectionals and Nationals. While she loves to strategize and plan lineups, her favorite part of being a captain is the relationships she has developed with her teammates over the years. Patrick Ling played his first USTA tournament when he was 10 years old and has continued to be an active junior tournament player for the last seven years. The now 17-year-old Catholic High School senior already has a lot of accomplishments under his belt, including winning singles and doubles in the USTA Level 4 in South Dakota and in the Level 5 at the Roger Scott Tennis Center in Pensacola; playing in the FHSAA High School State Championship after helping the Catholic High School tennis team win in the district and regional competitions; and most recently qualifying for the Kalamazoo Level 1 National Hard Court Championships.

“Patrick is a leader among his peers and has the utmost respect for the game,” said Megan Frederick, USTA Florida Adult Local Play Coordinator for the Pensacola area. “He works hard, strives to be his best and holds himself and his teammates to the highest standards. Patrick embodies all of the qualities this award outlines – he has outstanding character, sportsmanship and tennis ability!” 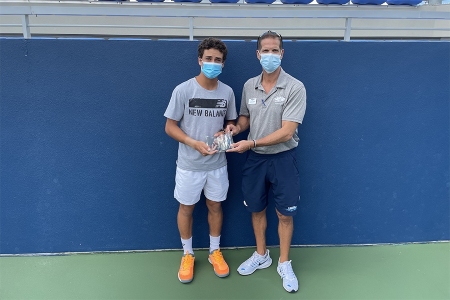 The 2021 Bobby Curtis Boys’ 16s Singles Champion, Roy Horovitz of Key Biscayne is a rising freshman player who is currently ranked No. 1 in Florida, the Southeast and nationally on TennisRecruiting.net’s recruiting rankings. Horovitz has been involved in the sport for more than eight years now and has climbed in the rankings since stepping on the court. Some of his additional achievements in 2021 were his 3rd place finish in the 2021 National Clay Courts and 4th place finish in the National Level 2.

USTA Florida extends a big congratulations to all the winners recognized for their outstanding dedication to Florida tennis. For more information about USTA Florida awards, please visit www.USTAFlorida.com/Awards.