Broward County won one title and lost in the final of another when the 2019 USTA Florida Mixed 40 & Over League 7.0/9.0 Sectional Championships were contested on June 23-25 at the USTA National Campus in Orlando.

The wins vaulted Broward and Collier into a four-way tie for first place with Duval and Sarasota counties in the standings for the 2019 USTA Florida League Championship Cup, awarded to the county with the most sectional titles during the year (see current standings below).

The two championship teams next advance to represent the USTA Florida Section at the USTA Mixed 40 & Over League National Championships on Nov. 15-17 at the USTA National Campus in Orlando.

Teams consisting of three doubles lines competed in a non-elimination round-robin format. The winner of each flight/division was determined by team matches won. The winner of each flight then advanced into a single-elimination semifinal followed by the final. NTRP levels of play were 7.0 and 9.0 in combined mixed doubles teams. For more information on NTRP levels go to www.usta.com. 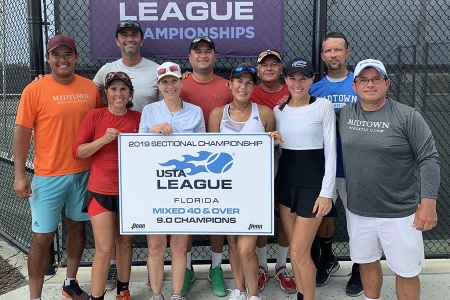 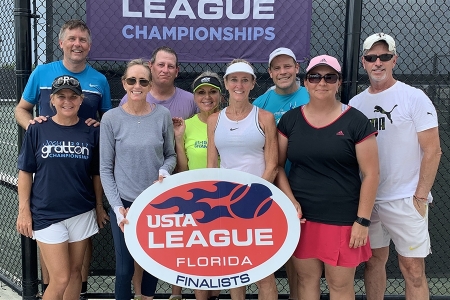 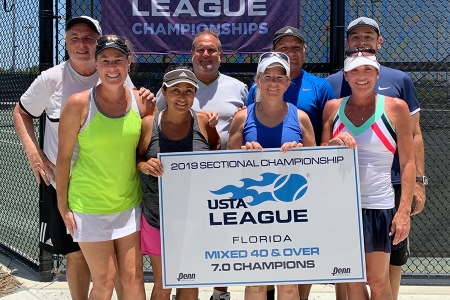 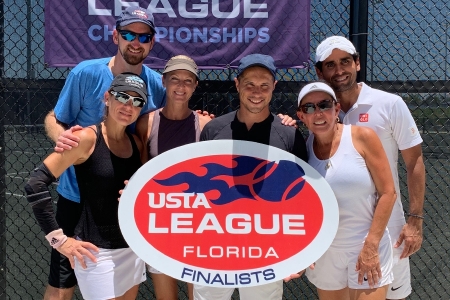 The USTA Florida League Championship Cup is awarded to the county with the most league sectionals titles during the 2019 season (standings through June 25, recent winners in bold):