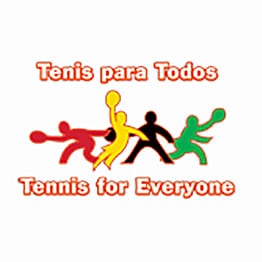 USTA Florida is kicking off its celebration of Hispanic Heritage Month this September with Spanish-language communications, profiles of players and coaches, and an event in Orlando for the re-launch of one partner facility of the Hispanic Outreach Initiave ‘Tenis para Todos’ (Tennis for Everyone). USTA Florida celebrates the rich history and influence of the Hispanic culture on Florida tennis.

USTA Florida will be hosting its latest Tenis Para Todos Family Festival on Oct. 22 for the re-launch of the Fort Gatlin Recreation Center in Orlando as a partner facility of the Hispanic Outreach Initiative. This FREE event will have family-friendly activities and program information for children and adults in the area.

In 2016, USTA Florida has focused on growing the participation of Hispanic players in tennis through partnerships with facilities in Central and South Florida, and the participation of children in the re-launched USTA Junior Team Tennis program. Junior Team Tennis leagues have kids playing on compatible teams of similar age and ability. During the spring season, a total of 239 players of Hispanic background joined teams and participated in local leagues in the South Florida and Orlando areas.

This year, USTA Florida has hosted a series of events encouraging the growth of the Hispanic population participation in tennis. The “Kidz Day” during the Delray Open in February had 78 Hispanic players, or 60 percent of the total participation for the one-day event. The Kids Day during the Miami Open in March had more than 500 children and adults, and approximately 50 percent Hispanic participation and both events linking participants to local programming.

USTA Florida was present during the Hispanic Business and Conference Expo in Orlando, showcasing tennis on a mini court and welcoming new players to try tennis for the first time. More than 200 people stopped by the booth, signed up for local events and received information for local play opportunities.

In July, Tamiami Tennis Center hosted a Tenis para Todos Festival featuring glow-in-the-dark tennis by XGLOsive. More than 200 people attended the event that featured music, food and lots of fun on the tennis courts for the whole family.

“Hispanic Heritage Month is a good opportunity to recognize Hispanic players, parents, pros and volunteers, and show the Hispanic community in Florida that tennis is for everyone,” said Maria Romo-Jackson, diversity and marketing coordinator for USTA Florida.  “Not only is it a great sport, but it’s one that can be played as a family, one that brings our community together, and is the sport of a lifetime.”

If you are a parent, player, volunteer, pro or someone who is involved in tennis and would like to share your story please email Maria Romo at Romo@ustaflorida.com.

To learn more about Tenis Para Todos, places to play, and to find out how you can get involved, visit www.USTAFlorida.com/TeniParaTodos