Tennis is a social sport, and Sophia Edwards is the epitome of a social player.

A lover of Instagram and Snapchat, her sociability extends to a fondness for playing on teams and being a teammate. 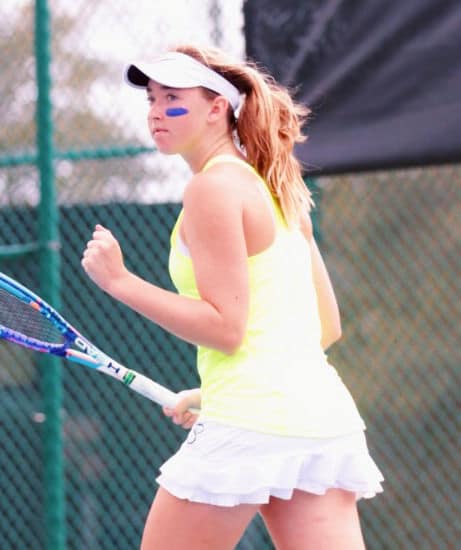 “My goal is to play for a Florida team this summer,” she says. “I love playing [USTA] Zonals, Intersectionals, and any team event. I look forward to travelling with the Florida team to other states. You really get to know players from other parts of Florida, and you cheer for each other during matches with other [USTA] sections.”

Edwards looks forward to playing college tennis, and one lucky university will undoubtedly benefit from her team-first outlook. Her competitive schedule does not allow for school tennis, but NCAA competition beckons for the five-star rated Blue Chip player on TennisRecruiting.net.

“[Team play] gives me a feel for what to expect in college tennis,” she says. “I don’t play high school tennis, but I will play in college.”

This year Edwards takes on the 18s division at the USTA Florida ‘Bobby Curtis’ Junior State Singles Championships, where she hopes to repeat the performance years back when she captured the 12s title.

“I remember winning states [in 2012] because the match with Whitney Osuigwe [current U.S. Junior Fed Cup team member] was so competitive!” she says.

Any doubt that Edwards could hold her own with older competitors in the 18s division was dispelled last year when she won the state 18s doubles title with friend Anna Bright at the 2016 USTA Florida ‘Bobby Curtis’ Junior State Doubles Championship. It was her near-record fifth state doubles championship after previous titles in the Girls’ 14s (2014), Mixed 14s (2013), Mixed 12s (2013), and Mixed 10s (2010) divisions. 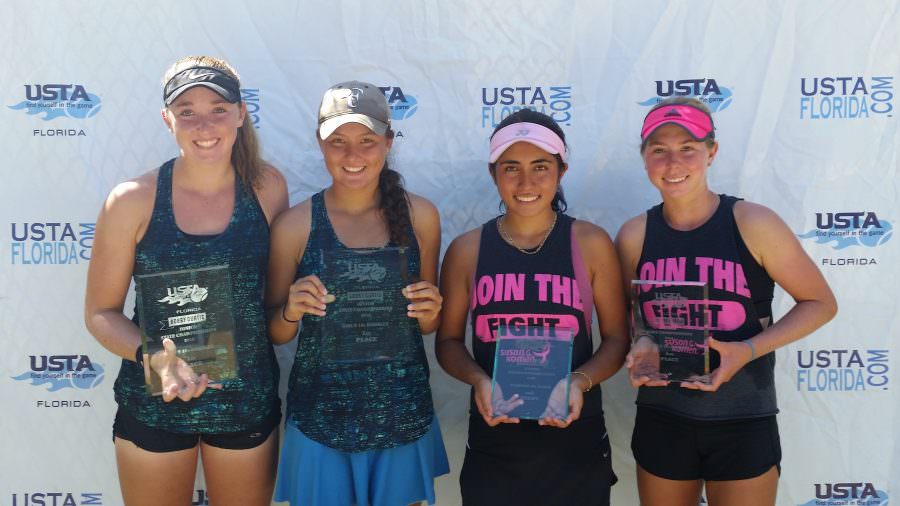 Ahead of this year’s “Bobby Curtis” singles, the rising high school sophomore spoke with USTA Florida about her goals, some of favorite memories from the state championships, and getting locked in some practice courts prior to a big match:

Q: Do you have a pre-match routine?
A: “Talking to other players! I know I should have a routine, but I really like to catch up with everyone.”

Do you prefer singles or doubles?
“Doubles. I’m an aggressive baseliner, but always working to become more of an all-court player. Being comfortable both at the baseline and at net definitely helps my doubles game.”

Who are your favorite doubles partners?
“Anna Bright, Maria Ross, and Whitney Osuigwe.”

Your favorite tournament?
“Any team event!”

What is your favorite memory from the state championships in either singles or doubles?
“My favorite memory has to be playing doubles with Anna Bright last year! She is an amazing player and friend and someone I really look up to. I’ve grown up playing with and against all the girls in Florida in the state championships, and I’m grateful for the lasting friendships these tournaments have helped create.”

What is the strangest thing that has happened to you at a tennis tournament?
“I was warming up on some public high school courts with my friend before my match in the National Winter Championships in Arizona last December. After we finished, my friend left, but I continued hitting some more serves. My mom and I got into the car and started leaving the same way we had entered the high school. But the gate was now locked and there was no way out! My match was in twenty minutes, and there was no one around. We wandered all around the high school to finally find someone with a key to let us out…just in time!”

What are your tournament plans for the remainder of the year?
“Right now I’m focused on this summer. In addition to a Florida team, I always look forward to [USTA] Clay Court Nationals and Hard Court Nationals. Those are really good opportunities to play new opponents from all over the U.S.” 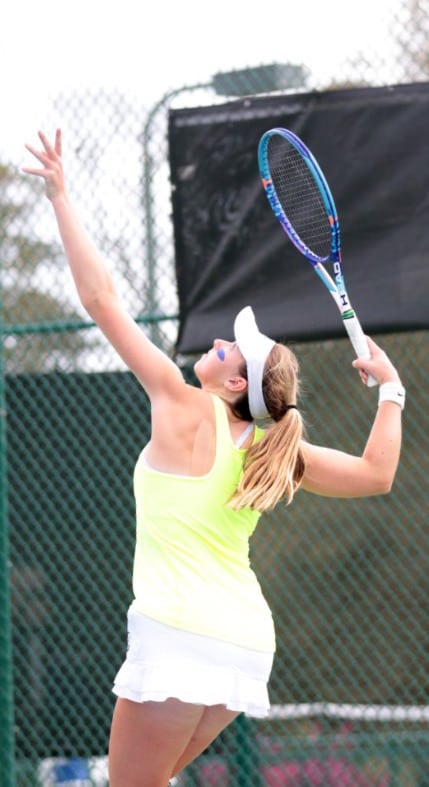 For more info on this year’s event on June 10-14 go to www.USTAFlorida.com/BobbyCurtis2017.