On any given weekend, Lisa Pugliese can be found on a court teaching about 40 children the ins and outs of tennis. But, where Pugliese’s guidance differs from most instructors is her students are on the autism spectrum.

She is part of an organization known as ACEing Autism, the only group in South Florida that combines tennis with the disorder.

“I was able to combine my tennis background with speech therapy,” said Pugliese about her start. “I worked with the kids in school so I invited them to the program.”

Pugliese, a former tennis pro whose career was derailed by a back injury, earned her master’s degree in speech-language pathology and currently teaches at the Palm Beach School for Autism in Palm Beach, Fla. Learning about ACEing Autism out of Boston from a tennis publication, she convinced founder Richard Spurling to expand in Florida, and she started recruiting children. 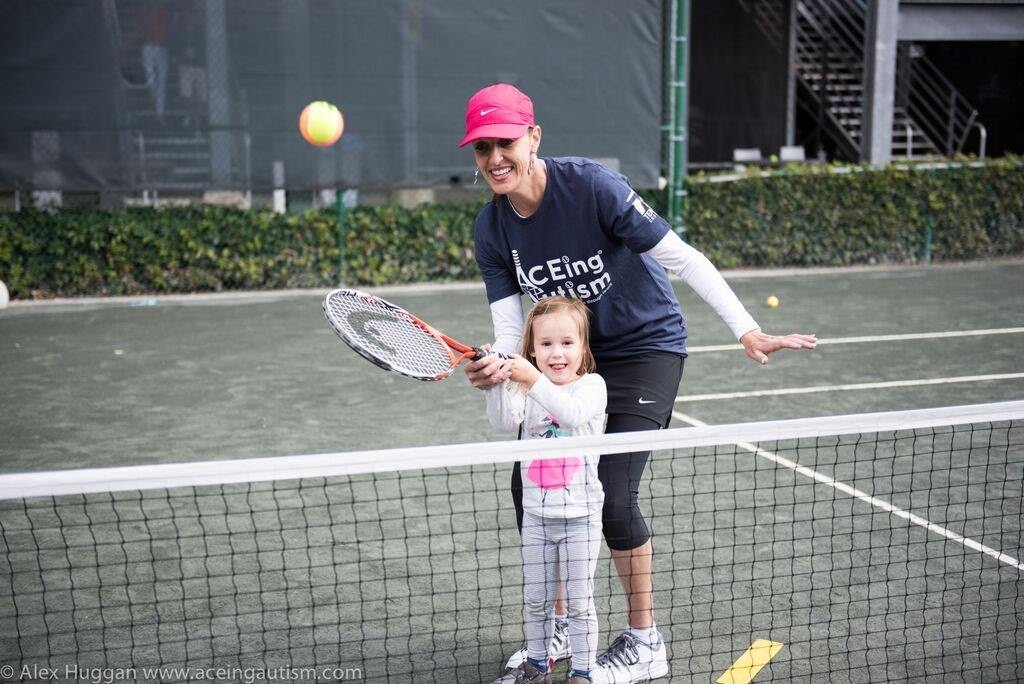 The program started in Wellington and moved to Boynton Beach three years later.

“The program has grown a lot and I think it has a lot more potential,” said Pugliese. “There are so many children on the spectrum who need outside activities and structure on the weekends and places to go. Last year, with a generous $14,000 program support grant from the USTA Florida Foundation, we were able to open new sites in Stuart, Boca Raton and Fort Lauderdale, with plans of further expansion in the pipeline.”

But, even with the success of the program, there are difficulties. Because Pugliese’s classes are often the first time children with autism are on a tennis court, they can feel uncomfortable.

“Children with autism like predictability,” Pugliese said. “They like to know what to expect and be in familiar environments. When something is out of their routines, it’s difficult initially.”

And that also stresses their parents. 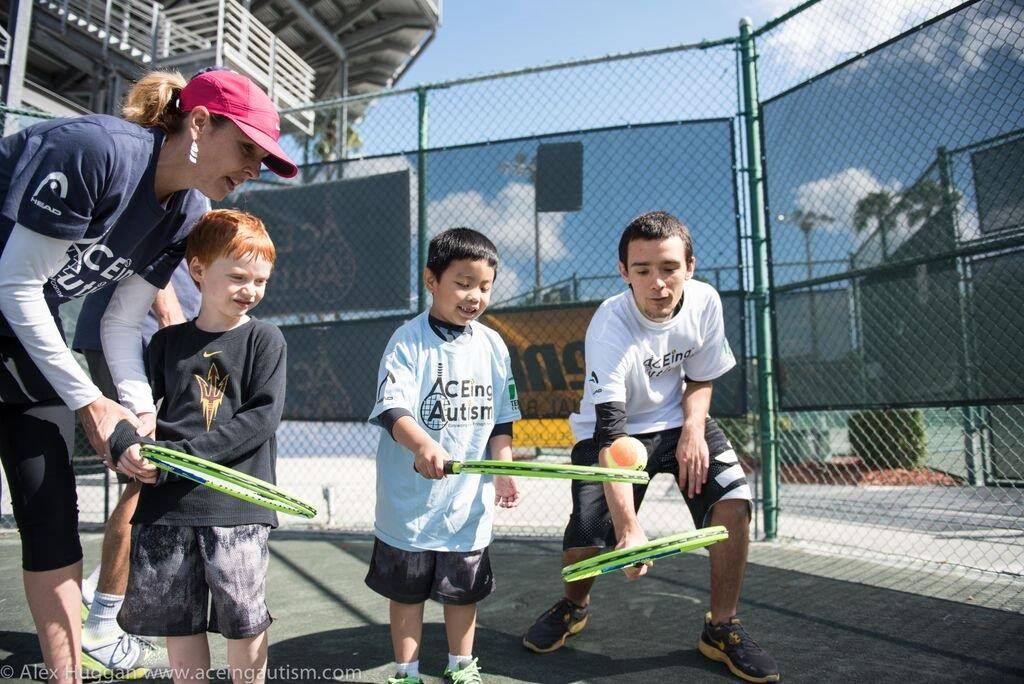 “Parents a lot of times feel isolated in the community,” Pugliese said. “They don’t know how their child will behave in certain environments. They might not take them to certain places so I think this is a safe place for them to communicate. It’s like a support group.”

Communication is paramount for Pugliese. Children in the program tend to be nonverbal or obsessive, so classes are simplified. And, since children with autism tend to be visual learners, Pugliese accommodates by using colors to simplify directions.

“When I’m running a drill, I keep it simple,” Pugliese said. “We have colored targets for the kids to stand on. So I might say to a child ‘Stand on the yellow circle.’”

Oftentimes, Pugliese matches a student with a volunteer — some of whom are also on the spectrum — easing students into the new setting.

“The younger children really like it because they stick together with their volunteer throughout the whole class,” Pugliese said. “I’ve noticed after the initial session, the kids know what to expect and the parents find it easier to bring them.”

After the children are acclimated, Pugliese teaches them the basics.

“A barrier is their gross motor skills,” Pugliese said. “Children with autism often have difficulty with coordination so we start with a lot of hand-over-hand and teach them how to hold the racquet and hit the ball.”

And, when the directions come together, Pugliese says she’s reminded why she enjoys teaching children with autism. It’s her reward for the process and it’s the joy her determination can bring her students.

“For me, it’s seeing a child making contact with the ball for the first time,” Pugliese said. “And the first time I see a child play tennis and not want to leave.”

On and off the court, the children show an increase in self-esteem, social interaction, and a sense of belonging and purpose.

Support Tennis Programs in Florida
Tennis teaches lessons beyond the court. Show your support for youth and adult tennis, special-needs tennis for all ages, and tennis programs in economically-challenged communities by purchasing a “Play Tennis” specialty license plate. Proceeds go toward funding programs like ACEing Autism.