USA teams successfully upheld their seeds in all but one group at the conclusion of the round robin portion of the team event yesterday (Wednesday).

The Connolly Cup defeated Netherlands handily; Susan Wright won at #2  63 60; Diane won 60 60 at #1 and Tina (who played fabulously) and I won 61 62 in the doubles. Netherlands played their #1 player in doubles, not singles, so it was a fun match. We play AUSTRALIA TODAY!

The Trabert Cup, behind the play of Michael Chang at #2, Rick Witsken #1 and Guillaume Gauthier/Willie Quest beat Latvia 3/0. They play GERMANY today, the #3 seeds.

The Young Cup, behind the play of Patricia Zerdan #2, Sophie Woorons-Johnston #1 and Julie Cass/Woorons-Johnston, avenged their 2013 defeat by Canada, winning 3/0. They play top seeded Spain next. Hollywood’s Vesna McKenna is the fourth member of this team.

Margaret Court Cup: The USA Court Cup team had the most dramatic win of the day. They played Netherlands. USA won the first three sets of the tie before rallying. Jenny Klitch (Palm Beach Gardens) lost a long two set match at #2; Jolene Watanabe at #1 lost the first set 76 before wearing out her opponent 63 63 in the final sets. Jolene said that the heat worked in her favor as the match wore on. Jolene and Alissa Finerman took the first set of the doubles 61 but Netherlands led 42 in the second, then USA rallied to win the final four games and the tie 2/1. USA plays Brazil today. USA is seeded #2, Brazil is unseeded.

Maria Bueno Cup: USA plays the winner of NZL and Italy on Friday; they have the day off today. They are the top seeds and won yesterday easily over Mexico; Fran Chandler played #2; Tracy Houk played #1 and Judy Newman/Vicki Buholz played doubles.

Lenglen Cup: USA fell 2/1 to Germany yesterday. Gee Gee Garvin won at #2 singles in a 3 1/2 hour match over 2013 year end #1 Stephanie Kolar but Germany’s #1 was amazing; Simona Bruetting, the US #1 said she was schooled at #1 singles and Germany won the doubles point over Gee Gee and Simona in straight sets. USA finished third in their group of four. They will play off for 9th place starting today against Brazil.

For links to the draws (click on the name of the Cup, then “draws” ) click on this link: http://carolynnichols.wordpress.com/2014/04/20/draws-for-cups-in-boca-raton-and-palm-beach-gardens-florida/ 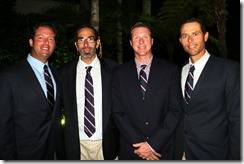 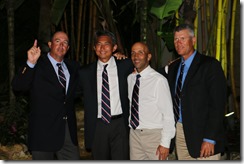 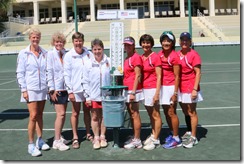 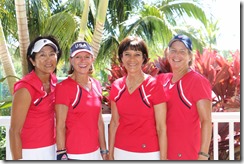