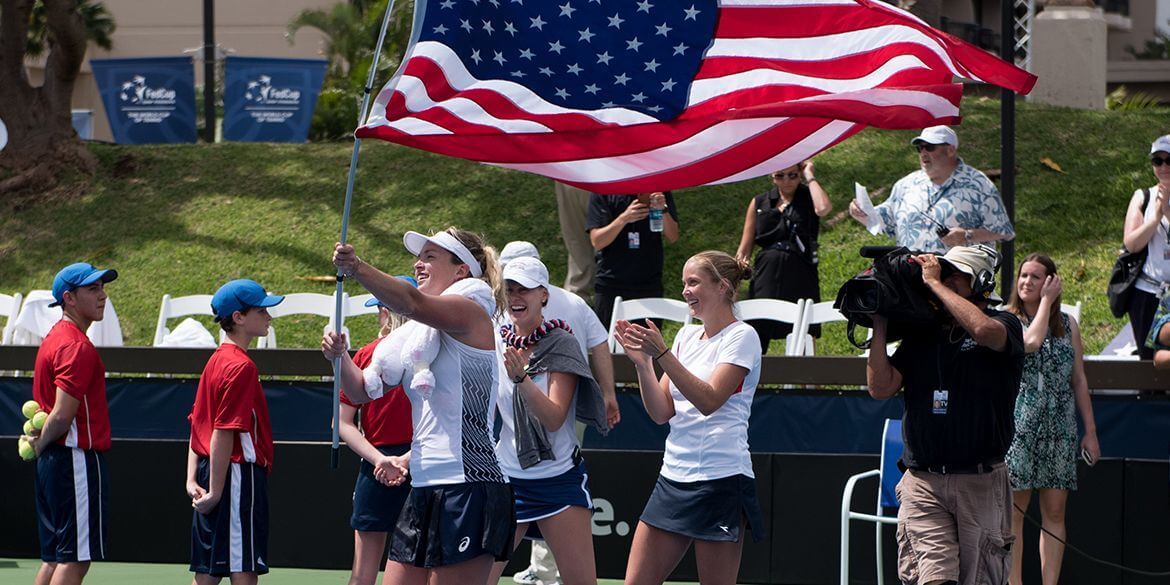 The U.S. Fed Cup team fought their way back into the World Group last month behind US Open champion Sloane Stephens and Florida newcomer Sofia Kenin, possibly just in time for a new Fed Cup that could make its debut in 2020.

Like the Davis Cup that has been revised for 2019, the International Tennis Federation is rumored to be readying to debut a new format for the women’s international tennis competition in 2020.

The U.S. worked its way back into the World Group in the playoffs round by defeating Switzerland 3-1. The 20-year-old Kenin of Pembroke Pines, Fla., was a late replacement for an injured Madison Keys on the second day and earned her first Fed Cup win, defeating Timea Bacsinszky 6-3, 7-6(4) to clinch the U.S. victory.

“I’m just really happy, and I really left it all out there on the court,” Kenin said. “Sloane just said, ‘You know what? Just fight. Leave it all out on the court.'”

Stephens won both her singles matches for the U.S.

“Just to get back in the World Group is important,” Stephens said. “We want to be competing, obviously, for another Fed Cup title.”

The BBC reported earlier this year that a revamped format could debut next year, and that the ITF is seeking venues in Europe, the Middle East and on the east coast of the United States.

This November the Davis Cup will debut its 18-team format contested in one week. The BBC reported that under the potential new Fed cup format, eight home and away qualification ties would be staged in February, with 20 teams having the chance to be involved in a possible week-long finals each year end.

Organizers have also suggested the possibility of the two events becoming combined down the road.

“The ITF is committed to enhancing the Fed Cup women’s team tennis competition,” the organization said in a statement. “Nothing has been decided, but the ITF has been discussing formats with nations and players to increase the size of the Fed Cup World Group.”