The University of Miami club tennis team capped a program-best season over the weekend by winning its first-ever USTA Florida “Tennis on Campus” Sectional Championships at Sanlando Park in Altamonte Springs, Fla., defeating the powerhouse University of Florida in the Gold Bracket final 22-21.

“The weather was hot but the tennis was hotter,” said USTA Florida Tennis on Campus Coordinator Desirae McLaughlin. “Teams were competing for the elusive two bids to the USTA Tennis on Campus National Championships in Surprise, Ariz., awarded to the winner and finalist of the Gold Bracket. The University of Miami was able to come up with back-to-back wins over the University of Florida, following last week’s Delray Beach Challenge, to make them section champions for the 2018-2019 season.”

UF had won the season-ending championship in four of the last five years. 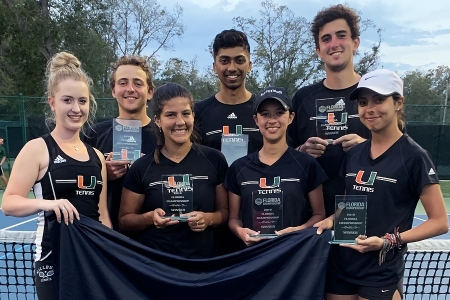 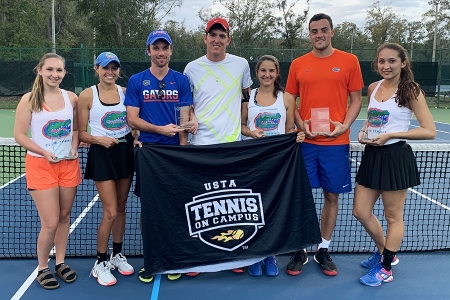 UM’s historically-best season started with a rain-delayed win when the FSU Battle in the Capital final in Tallahassee was rained out and UM and UCF split the title to open the season. UM lost in the final of the USF Bull Run in Tampa to USF, and in the final of the UM Ibis Open in Coral Gables to UF. UM went the next three tournaments without reaching a final until winning the Delray Beach Open ‘Tennis on Campus’ Challenge held during the ATP World Tour event, then the season-ending championship.

UF was the points winner of the Florida Campus Series trophy, their fifth trophy in the last four seasons, and both UM and UF advance to represent the USTA Florida Section at the USTA Tennis on Campus National Championships on April 10-13, 2019, in Surprise, Ariz. 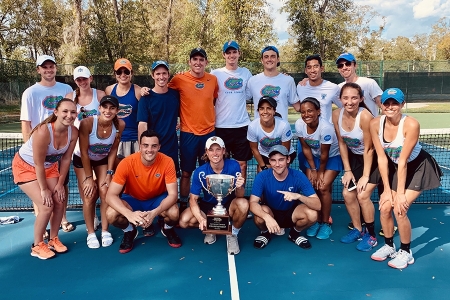 Florida State University was named the 2018-19 USTA Florida Tennis on Campus Club of the Year. The Leader of the Year award went to Elicia Smith. 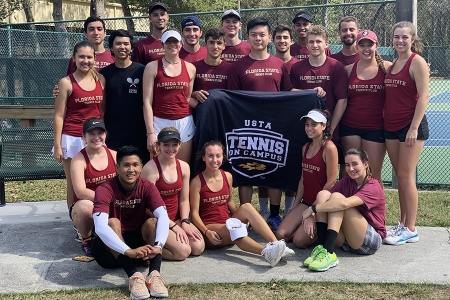 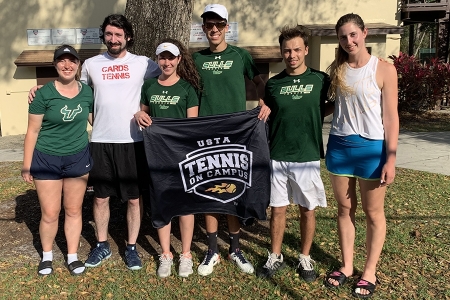 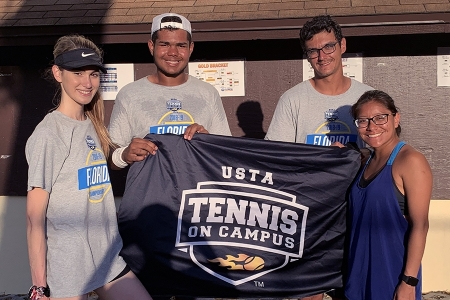 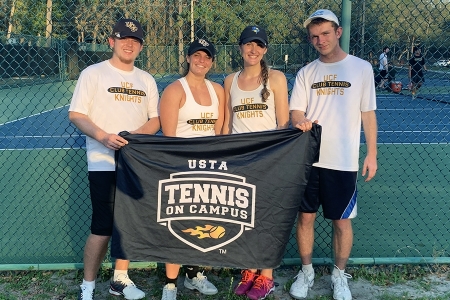 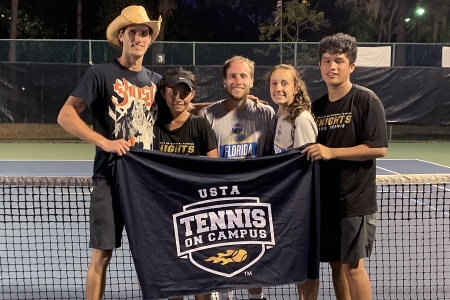 Florida Tennis on Campus club teams are competing in this weekend's #TennisOnCampus Sectional Championship! Check out…

About USTA Tennis On Campus
The USTA’s Tennis On Campus program is designed to provide college students with opportunities for team camaraderie, social networking, and rivaled competition through tennis without the rigors of a NCAA varsity program. Tennis on Campus offers fun co-ed team-based play (using the World Team Tennis scoring format), regional and national championship competition, and helps students maintain active and healthy lifestyles through their college years. Currently the program is offered on more than 500 college campuses. The USTA Tennis on Campus team format features men’s and women’s singles, men’s and women’s doubles and mixed doubles, with a minimum of two men and two women per team.