Despite the Gold Bracket final being rescheduled, the University of Miami club tennis team came out on top at the UT Spartan Showdown, held Feb. 1, 2020, at Hillsborough Community College in Tampa.

The event, hosted by the University of Tampa, was a new addition to the USTA Florida “Tennis on Campus” calendar for the 2019-2020 season and served as the campus series finale.

“This weekend’s event concludes the Campus Series for the 2019-2020 year,” said USTA Florida Tennis on Campus Coordinator Desirae McLaughlin. “The next two events will be exciting ones; the Delray Beach Campus Challenge, a one-day event taking place at the Delray Beach Open, and the USTA Florida Tennis on Campus Section Championships at the USTA National Campus.”

All finals were completed save for the Gold Bracket final, which has been rescheduled for Saturday, Feb. 8. The Hurricanes’ domination throughout the championship bracket paved the way for the final to be an internal match-up between two UM squads: the UM-“A” squad, who knocked off the University of Central Florida-“A” team, and the UM-“B” team, who defeated the Florida State University-“A” team. 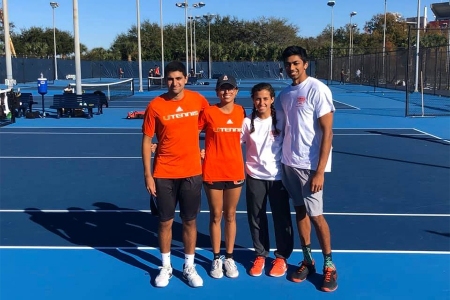 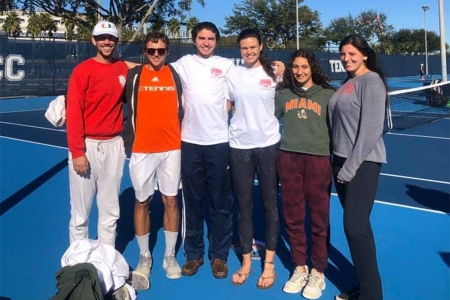 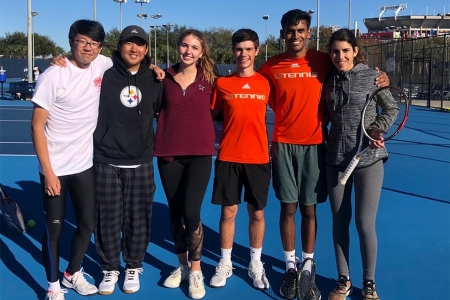 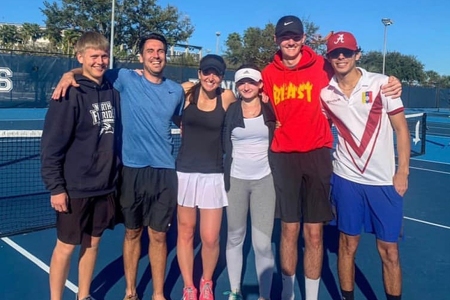