While the final was rained-out before completion, the first event of the 2018-2019 USTA Florida ‘Tennis on Campus’ season looks to be starting where it left off last season — with the University of Miami challenging the perennial powerhouse University of Florida.

The UM-“A” team defeated the UF-“A” team to reach the Gold Bracket final of the FSU Battle in the Capital, hosted by the Florida State University Tennis Club on Sept. 29, 2018 in Tallahassee, before the championship-bracket matches were rained out. The University of Central Florida “A” squad also reached the final when it defeated the FSU-“A” team in the other semifinal. 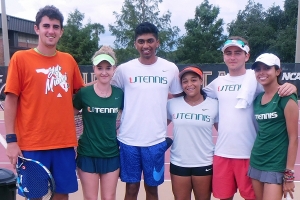 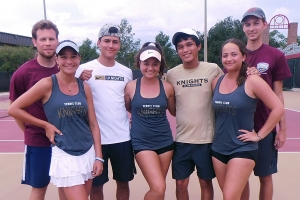 “Though we are officially in the fall, it feels like the middle of July,” USTA Florida ‘Tennis on Campus’ Coordinator Desirae McLaughlin said of the hot and humid conditions during the weekend. 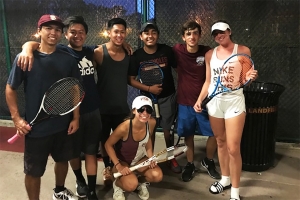 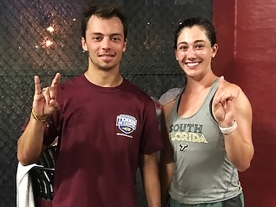 The University of Miami club tennis team is coming off a club-best season in 2017-18 when they won the USF Bull Run in Tampa, the UCF Knitro Cup in Orlando, and their own UM Ibis Open where they were co-champions with UF when the final was rained out. UM also finished runner-up to USF at the University of North Florida-hosted Swoop the Nest tournament in Jacksonville, to UF at the Delray Beach Open Challenge, and to UF at the season-ending USTA Florida Tennis on Campus Section Championships.

UM will be among the favorites this season to lift their first season-ending USTA Florida Tennis on Campus Section Championships trophy after finishing runner-up to UF in the 2017-18 and 2015-16 seasons.

The next event on the 2018-19 USTA Florida ‘Tennis on Campus’ schedule will be the University of South Florida-hosted USF Bull Run in Tampa on Oct. 13.

About USTA Tennis On Campus

The USTA’s Tennis On Campus program is designed to provide college students with opportunities for team camaraderie, social networking, and rivaled competition through tennis without the rigors of a NCAA varsity program. Tennis on Campus offers fun co-ed team-based play (using the World TeamTennis scoring format), regional and national championship competition, and helps students maintain active and healthy lifestyles through their college years. Currently the program is offered on more than 500 college campuses. The USTA Tennis on Campus team format features men’s and women’s singles, men’s and women’s doubles and mixed doubles, with a minimum of two men and two women per team.