The University of Florida club tennis team capped a perfect 2015-16 season over the weekend, winning every tournament they participated in and defeating the University of Miami 29-18 in the Gold Bracket final of the USTA Florida Tennis on Campus Section Championships, held Feb. 27-28, 2016 at Sanlando Park in Altamonte Springs, Fla. 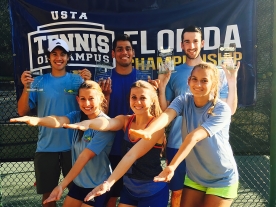 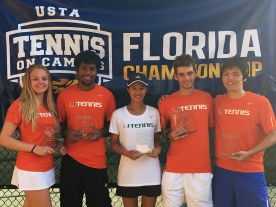 UM won two titles during the regular season, both tournaments which UF did not participate, and was 0-5 versus UF in finals. It was nonetheless a huge improvement over last season when UM was 0-2 overall in finals, and the University of Miami squad was named the USTA Florida Tennis on Campus 2015-16 Club of the Year.

The UM-“B” team won the Silver Bracket 25-18 over the UF-“C” team, and Florida Atlantic University won the Bronze Bracket, in the final defeating the University of Central Florida-“D” team 28-18. 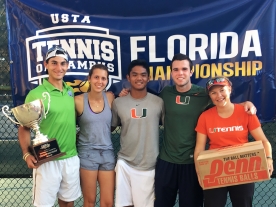 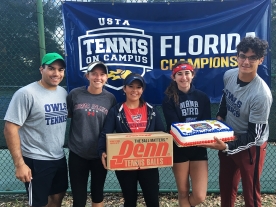 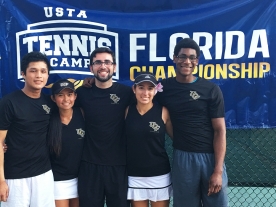 FAU’s Savannah Koval was competing in her last Tennis on Campus event before graduation.

“Today we won the Bronze Bracket and our ‘B’ team moved on to the semifinals for the first time ever,” Koval said. “While [saying] today was a fairy tale may be super cliche, that’s the only way I can describe my last day with USTA Florida’s Tennis on Campus.” 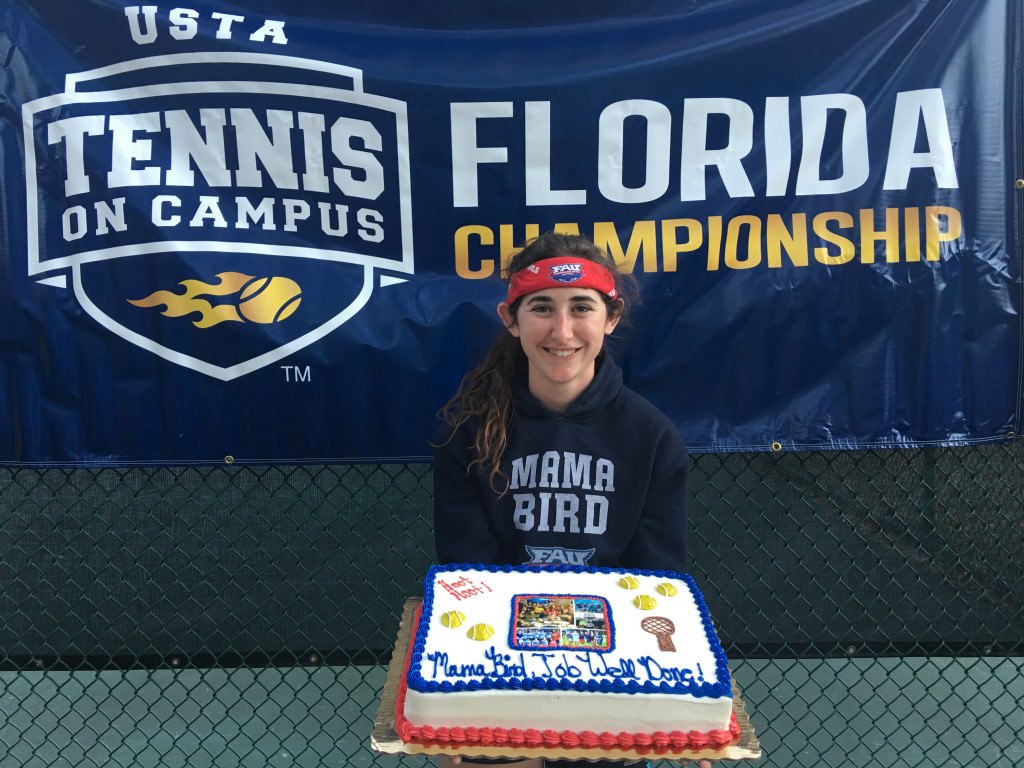 “I started from seven random kids I piled into a car three years ago, begging anyone who could hold a racket to play,” she said. “I will miss all of my new friends I have made, and especially my team. Thank you to everyone for believing in us and giving us the opportunity to keep our tennis lives alive.”

“This year’s section championships saw some of the most hard fought matches I have seen in years,” McLaughlin said. “The competition as well as the sportsmanship was at a pretty high level. With the addition of XGLOsive to our event, we were able to add another wrinkle to sectionals that you cannot find at a typical Florida Series event. Though the 2015-2016 year has not yet concluded, I am already excited for what next season will bring.”

“The XGLOsive event Friday night was the perfect kick off to the weekend,” said FSU’s Samantha Roy. “I loved being able to see friends from other club teams before the competition started.”

Along with UM claiming Club of the Year honors, UM’s Steven Masciale was named Leader of the Year, and UM was the Florida Campus Series points winner.

Both the University of Florida and University of Miami teams will next represent the USTA Florida Section at the 2016 USTA Tennis on Campus National Championships, held April 14-16 in Cary, N.C.

About USTA Tennis On Campus
The USTA Tennis on Campus program is designed to provide college students with opportunities for team camaraderie, social networking, and rivaled competition through tennis without the rigors or time commitment of NCAA varsity play. Tennis on Campus offers fun co-ed team-based play (using the World TeamTennis scoring format), regional and national championship competition, and helps students maintain active and healthy lifestyles through their college years. Currently the program is offered on more than 500 college campuses, combining men’s and women’s singles, doubles and mixed doubles, with a minimum of two men and two women per team.

For more information on the USTA Florida Tennis on Campus series or to start a team at your school go to www.USTAFlorida.com/TennisOnCampus or contact Desirae McLaughlin at tennisoncampusflorida@gmail.com.