The University of Florida on Sunday captured the season-ending USTA Florida ‘Tennis on Campus’ Section Championships, in the final defeating the University of Miami 28-20 in the World TeamTennis scoring format at Sanlando Park in Altamonte Springs, Fla.

The result was season-long retribution for the UF squad, which was stunned last year in the sectional championships by a red-hot University of Central Florida team, ending UF’s four-year sectionals run.

“I couldn’t be more proud of the way all three of our teams fought this past weekend,” said UF Tennis Club President Shiv Krishnaswamy. “The results speak for themselves — UF-‘A’ won Gold Bracket, UF-‘C’ won Silver Bracket, and UF-‘B’ placed third in Gold Bracket. The consistency and depth of our teams is a testament to how every player prepares and comes to each tournament with the drive and will to do their best. I have been blessed to be surrounded by such amazing players and individuals and hope we can cap of our great season with the coveted national title in April.” 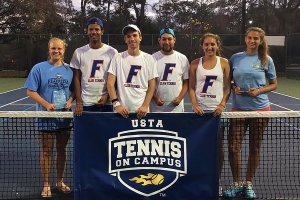 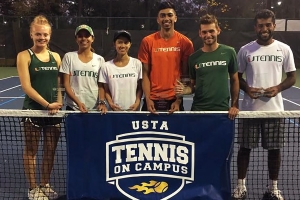 In the Gold Bracket semifinals UF-“A” defeated the UF-“B” team 25-1, while UM-“A” gained the final after a victory over last year’s champion UCF-“A.” 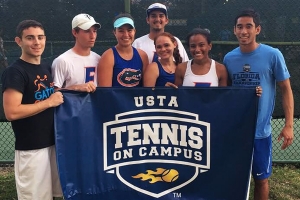 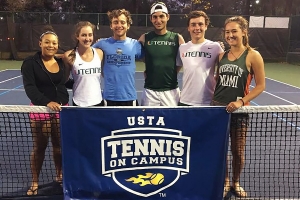 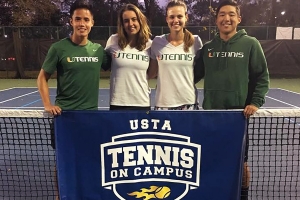 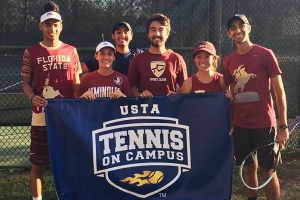 Play got under way on Saturday for the 2018 Tennis On Campus Sectional Championships! College Club teams from across…

UF won six titles during the 2017-18 season, closing it out with three consecutive wins at the FGCU Dirty Bird Classic where they defeated the visiting University of Wisconsin team in the final, the Delray Beach Open Challenge where they beat UM, and the sectional championships. UM captured two titles during the season, defeating the University of South Florida at the USF-hosted Bull Run, and beating UCF in the final of the UCF-hosted Knightro Cup.

UNF was named the Florida Club of the Year, and UNF Club President Clara Howington was named Florida Leader of the Year. 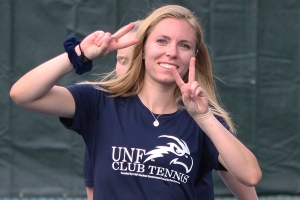 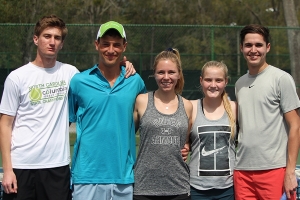 The UM squad finished runner-up at the sectional championships for the second time in three years, also falling to UF in the 2016 championship.

UF and UM will next represent the USTA Florida Section at the 2018 USTA Tennis on Campus National Championships on April 12-14 at the USTA National Campus in Orlando. UF won the national title in 2003, and finished runner-up in 2010-11 and ’13-14.