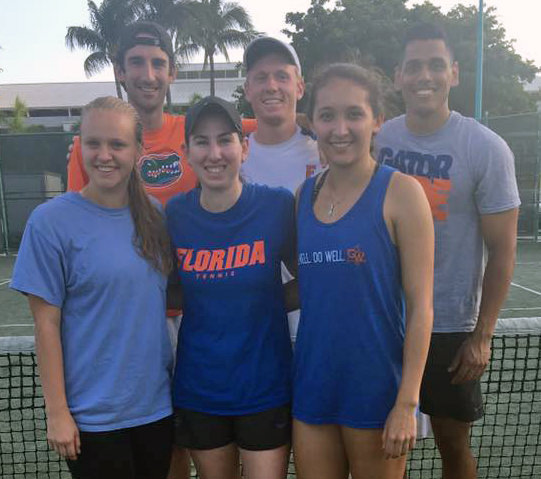 “We had a spectacular time, the weather could not be any better, the TOC players were able to watch some quality ATP matches, and have an overall great time,” said USTA Florida Tennis on Campus Coordinator Desirae McLaughlin.

It was a repeat of last year’s final at the Delray Beach Open Challenge, and the fourth time this season UM has reached a final without coming home a champion. UF made up three of the four teams in the semifinals — UF-“A” advanced to the final by defeating the UF-“B” team, and UM-“A” topped the UF-“C” team in the semis. 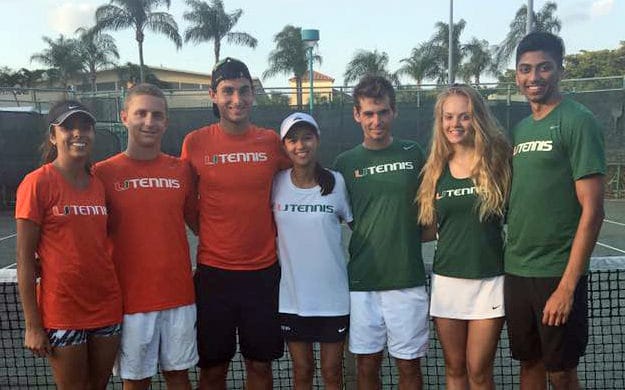 The runner-up University of Miami team

The University of South Florida-“A” team won the Silver Bracket, in the final defeating the Florida Atlantic University-“A” team 29-11.

Other participating teams were from the University of Tampa, Florida Gulf Coast University, and the visiting Colorado School of Mines from Golden, Co.