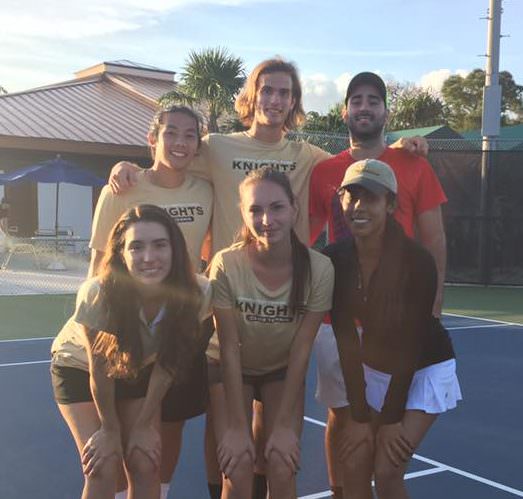 The champions from the University of Central Florida

UF, which has won four of the last five, and nine of the last 10 season-ending USTA Florida ‘Tennis on Campus’ Sectional Championships, fell in last Sunday’s final of the 1st Annual Owl Open, hosted by Florida Atlantic University in Boca Raton, Fla. The University of Central Florida raised the trophy after ousting UF 22-20 in the championship match.

“The event was held at both the FAU courts and a local facility, and the weather was beautiful,” said USTA Florida ‘Tennis on Campus’ Coordinator Desirae McLaughlin. 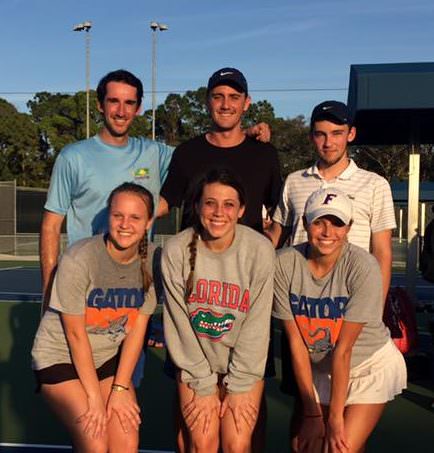 The Gold Bracket runners-up from the University of Florida

The UF-“C” team won the Silver Bracket, in the final defeating the University of Miami-“C” squad.

It was UCF’s third title of the season, trailing only UF’s four, following wins at the UM Ibis Open in Coral Gables, and the Knightro Cup in Orlando. Teams participating were from UF, UCF, FAU, Florida State University, Florida Gulf Coast University, USF, UM, and the University of Wisconsin.

Next up on Florida’s ‘Tennis on Campus’ schedule is the Delray Beach Open ‘Tennis On Campus’ Challenge in Delray Beach on Feb. 17.