It was UCF’s third season-ending championship victory after wins in 2012 and 2006.

UCF defeated the University of Miami’s top team in the semifinals, while the UF-“B” team upset the UF-“A” squad in their semis to gain the championship match. In the final the dominant UCF team won all five positions. 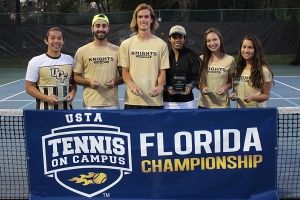 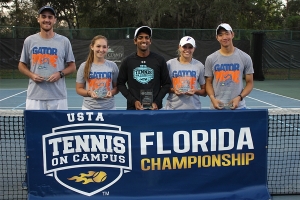 In the Silver Bracket final UF-“C” defeated UF-“D,” and the University of South Florida-“C” team won the 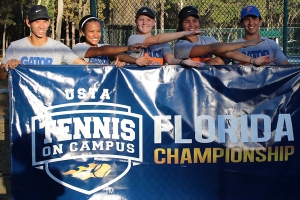 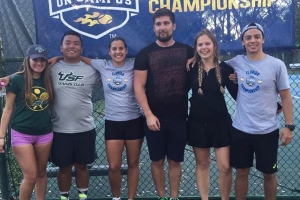 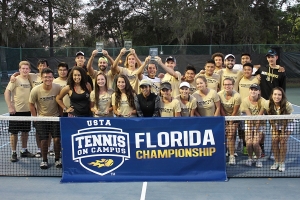 Year-end awards went to the University of Florida as Club of the Year and Campus Series Champions with a season-leading six tournament titles, and Samad Loya of USF was awarded Club Leader of the Year. 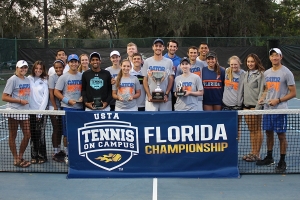 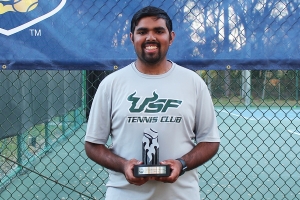 UF and UCF combined to win all nine titles on the 2016-17 Florida ‘Tennis on Campus’ calendar. Only two other schools reached tournament finals during the season, UM (0-4 in finals) and FSU (0-1).

UF, UCF and UM received bids to represent the USTA Florida Section among 64 teams at the 2017 USTA Tennis on Campus National Championships, to be held on April 13-15 at the USTA National Campus in Orlando.