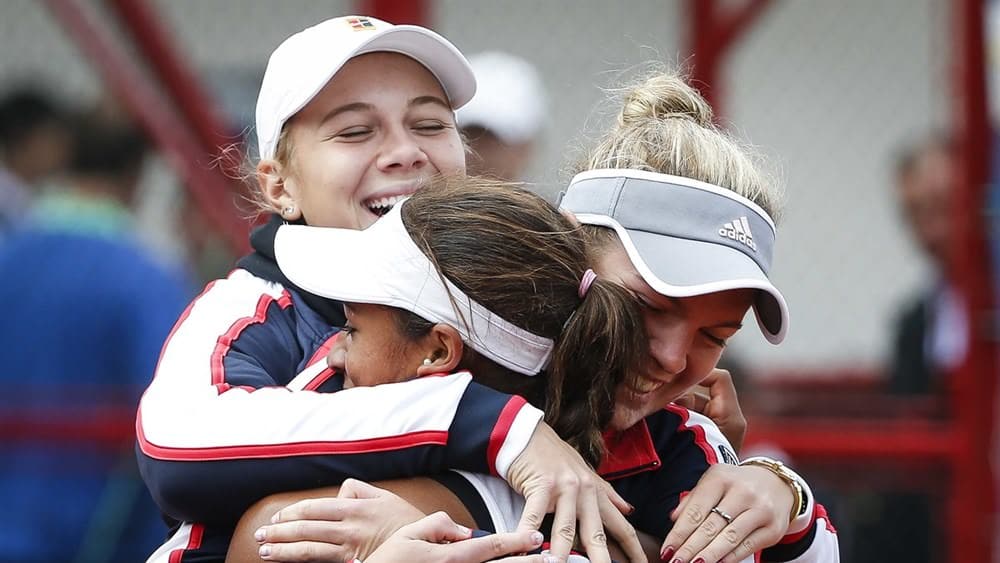 The titles keep coming for the next generation of American girls as Bradenton’s Whitney Osuigwe and Aventura’s Amanda Anisimova led the U.S. Junior Fed Cup team to the international championship on Sunday.

Singles victories by Osuigwe and Cincinnati’s Caty McNally clinched the win in the final over Japan in Budapest, Hungary, earning the U.S. a fourth overall Junior Fed Cup title and first since 2014.

“We’ve worked so hard for this from months ago,” Osuigwe said afterwards. “I know Caty and Amanda have gotten to the finals twice and lost, and I got to the finals [at the ITF World Junior Tennis Finals] last year and lost, so to be able to win this, it was amazing.”

Team USA was 3-0 in round-robin play and defeated Canada 2-1 in the semifinals. Overall the U.S. squad went 12-2 in individual matches during the competition. In the final Anisimova, the top U.S. player, was unable to play due to illness.

“I’m very, very excited, to be honest actually even in the beginning we didn’t know if we were going to make it here, we had a huge hurricane and troubles getting out of the airport,” U.S. captain Erik Kortland said. “We didn’t have our uniforms, we didn’t have our No. 1 [player]. I’m just so happy and proud that Caty and Whitney were able to step up and come through today. Very, very proud.”

It was the fourth straight year the U.S. has appeared in the girls’ final, overall capturing titles in 2008, ’12, ’14 and ’17. It was Japan’s first-ever appearance in the final of the competition that is the 16-and-under equivalent of Fed Cup.

For more info go to www.itftennis.com/juniors.