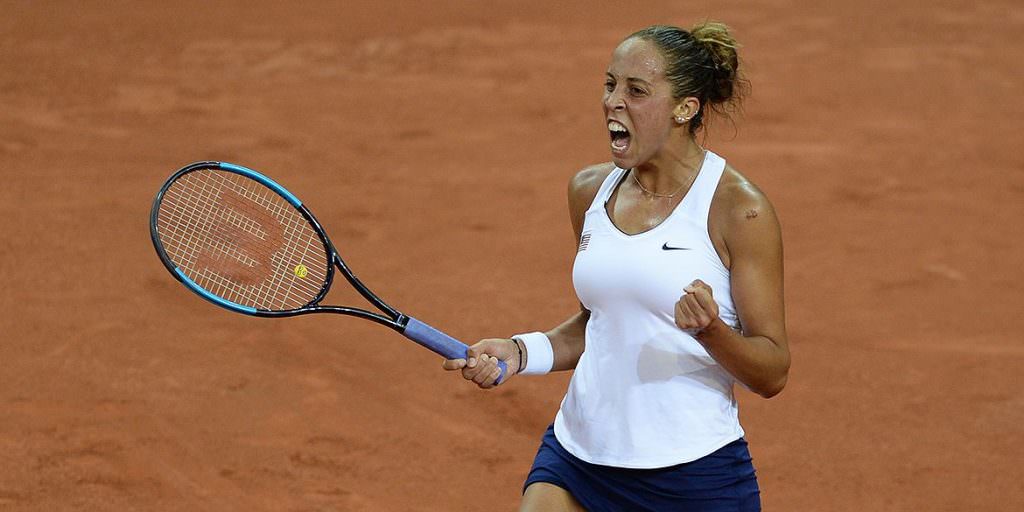 Sloane Stephens posted two singles wins, and Madison Keys the clincher as the U.S. moved into the Fed Cup final for the second consecutive year on Sunday with a 3-2 win over France on indoor red clay at the Arena Du Pays D’Aix in Aix-en-Provence, France.

Stephens defeated French No. 2 Pauline Parmentier 7-6(3), 7-5 in the opening match on Saturday before French No. 1 Kristina Mladenovic evened the tie at 1-1, coming back to defeat American CoCo Vandeweghe 1-6, 6-3, 6-2.

“I love playing Fed Cup,” said Keys, who watched the 2017 final from her Florida home while rehabbing a surgically-repaired wrist. “I was really sad that I couldn’t play last year because of my wrist, but as soon as [U.S. captain] Kathy [Rinaldi] asked if I wanted to be here I said yes…Obviously, Sloane playing some great matches and getting that final win is really, really special.”

Keys admitted to a nervous start in the final match, trailing 1-4 before dominating with her big groundstrokes off both sides.

“I love these weeks just because it is one of the few times you get to play for a team,” Keys said. “I love playing for my country.”

The U.S. will travel to the Czech Republic for the Nov. 10-11 final after the Czechs gained the championship match by defeating Germany 4-1. Lead by Wimbledon winner Petra Kvitova and former No. 1 Karolina Pliskova, the Czechs will appear in their sixth Fed Cup final in the last eight years, winning four titles during that stretch, most recently in 2014-16.

“They’re competitors,” Rinaldi said of her squad. “They want to win, it’s more fun to win. We know that going into the final is going to be tough. Czech Republic has tremendous depth as well. They have had a lot of success as well in Fed Cup so it should be very interesting.”

Rinaldi is looking to guide her team to back-to-back Fed Cup titles for the first time since Billie Jean King led the U.S. to two straight championships in 1999-2000.

Venus and Serena Williams appeared for the U.S. Fed Cup team when they defeated the Netherlands two months ago, and Rinaldi is not ruling out one or both Williams sisters appearing in the November final. The U.S. has never lost a Fed Cup tie where both Williams sisters have participated. Venus is currently the leading U.S. player at No. 8, while Serena’s ranking is at No. 451 after returning from the birth of her first child.

“There’s a lot of time between now and November,” Rinaldi said. “It is tough. I’ve always said that’s the toughest part about being a captain is looking at the depth and looking at all the players. Hopefully everybody is available and we’re looking forward to it.”

For more on the Fed Cup semifinals go to www.fedcup.com.